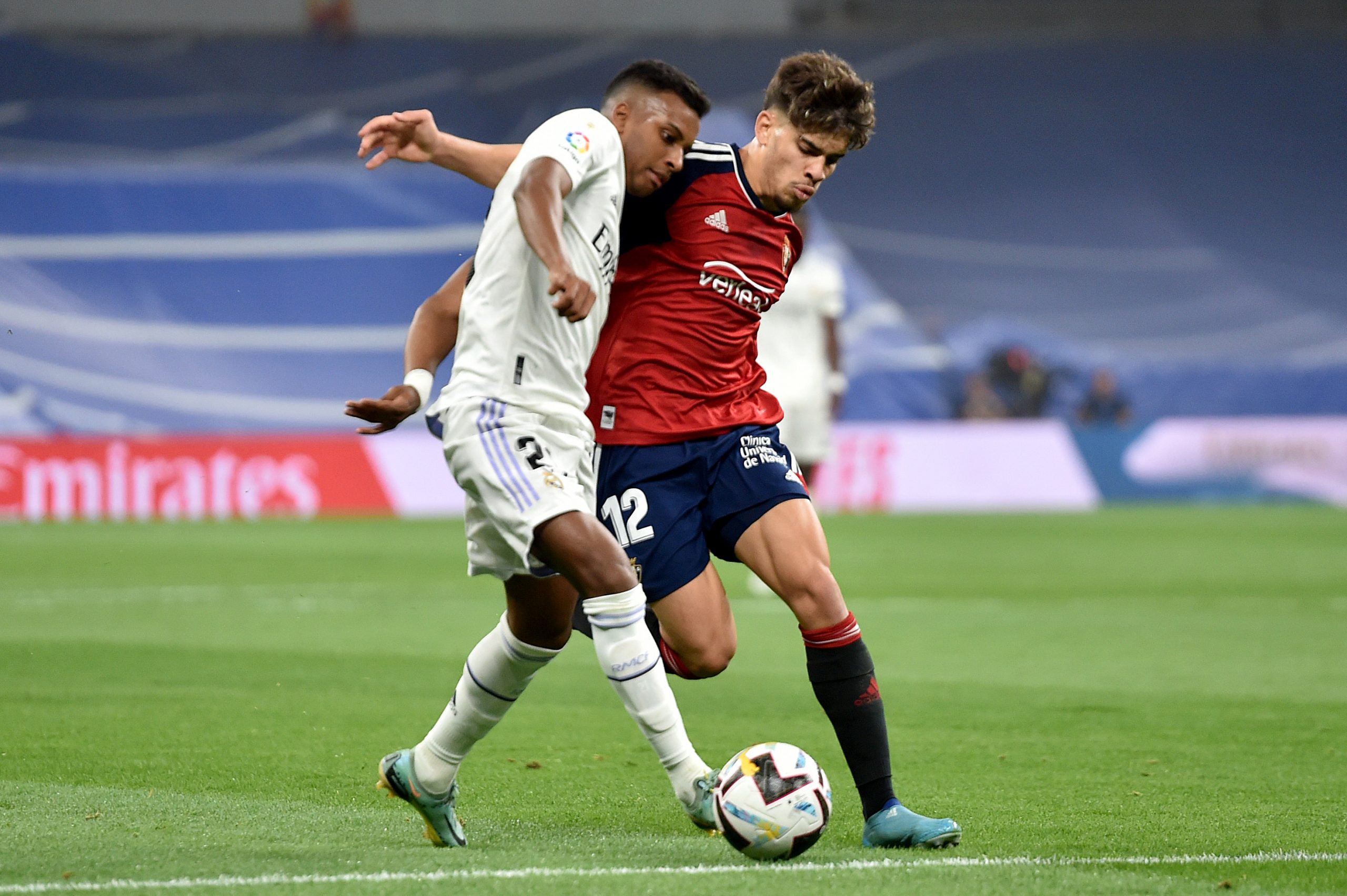 Amongst the number of players to head out on loan from Barcelona this season includes none other than Ez Abde.

While there is no questioning the Moroccan’s natural talent, gaining some much-needed experience and first-team minutes at CA Osasuna was key for his development. However, a new revelation has claimed that this is far from the end of the road for the youngster at Barça.

As per a report by SPORT, the Catalan club have kept Abde in mind as one for the future and believe he has immense potential. Furthermore, Xavi is believed to be a huge admirer of the electric winger.

The Spanish manager is said to be closely monitoring the 20-year old’s progress during his ongoing season-long loan.

It is also mentioned that there is a positive relationship between Osasuna boss, Jagoba Arrasate and Xavi, who will exchange thoughts on Abde’s rise.

The player’s parent club picked his current destination as the ideal side for his growth, considering their commitment to a possession-based style of play and an over attacking philosophy.

However, it is understood that the La Liga leaders feel that there is plenty of room for improvement for the youngster before he becomes an established senior team member at the club.

Keeping that in mind, Barcelona’s technical staff kept a close eye on the former Hercules starlet’s sparkling display in the latest 1-1 draw against Real Madrid, where he caused plenty of problems for Dani Carvajal.

Despite making a mere league start for Osasuna, Abde has impressed off the bench, registered an assist in a narrow 2-1 win against Rayo Vallecano on debut.

Ultimately, the onus is on Ez Abde to make a serious impression on loan in order to make a return to Barcelona’s first-team in the near future.