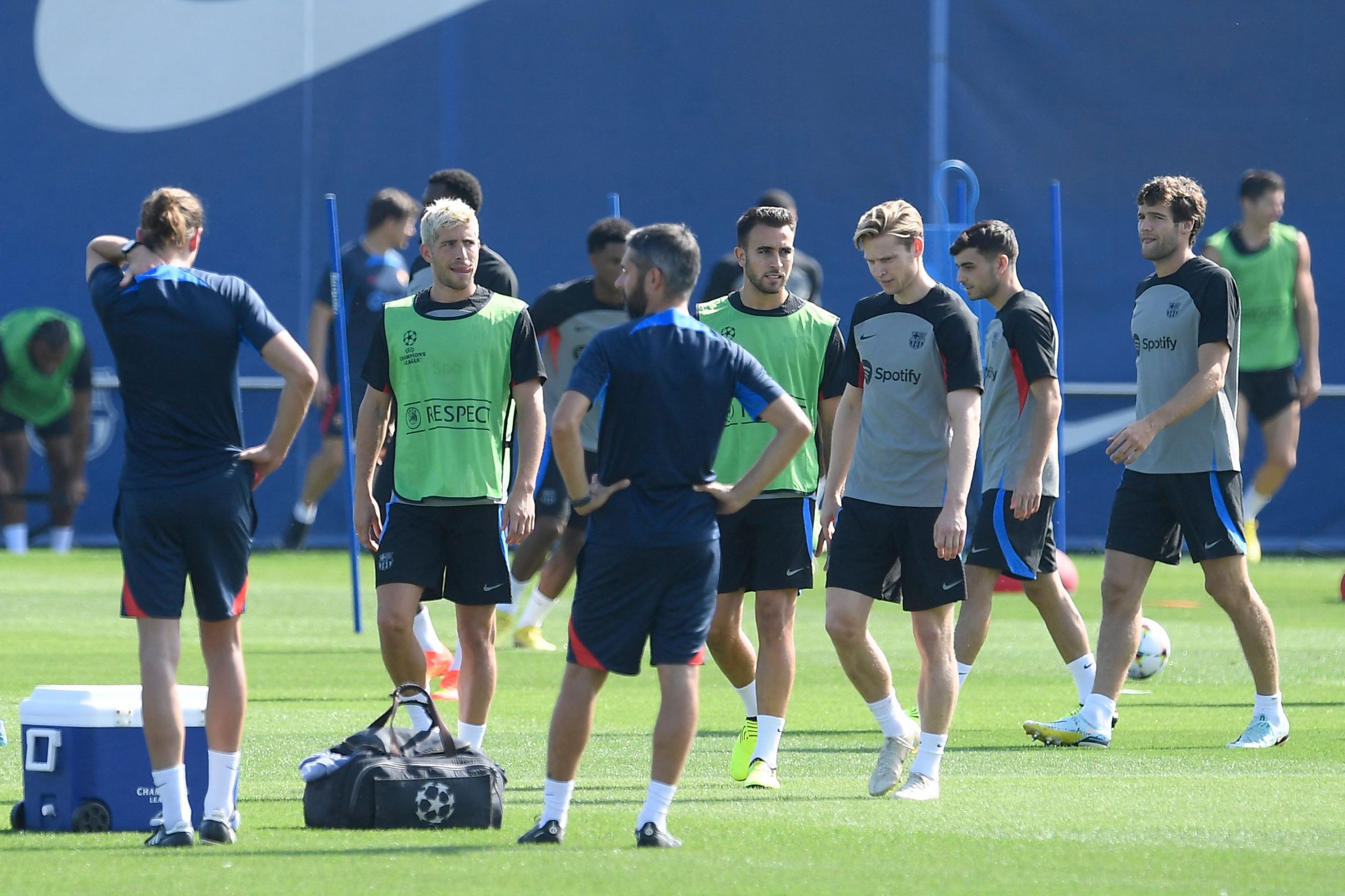 Barcelona will be hoping to return to winning ways in the UEFA Champions League when they lock horns with Inter Milan away at the Giuseppe Meazza on Tuesday night.

Ahead of the game, the Catalans have already released the squad list for their trip to Italy. Injured midfielder Frenkie de Jong has failed to make the cut despite being expected to be named on the list.

The manager named a much-changed lineup for Barça’s La Liga clash against RCD Mallorca on Saturday night, handing starts to the likes of Gerard Pique, Jordi Alba, Franck Kessie and Ansu Fati in lieu of the injuries as well as wanting to keep his key players fresh for the Inter game.

Now, Javi Miguel of AS is reporting that the Barcelona manager could make at least five changes to the starting lineup that took the field away at Son Moix on Saturday night.

The reliable journalist states that Xavi is likely to call Eric Garcia back into the lineup against the Nerazzurri. The Spaniard will most possibly be deployed as a centre-back, as Sergi Roberto is also in line to return to the starting XI, replacing Alejandro Balde at right-back.

It will be interesting to see if Pique or Andreas Christensen make way for Garcia, considering that both of them performed well against Mallorca.

Marcos Alonso is also expected to start, which would be a direct swap at left-back with Alba, who got a rare opportunity over the weekend.

Pedri was given a breather by the manager on Saturday night. But given his form and importance to the team, it was always likely that he would be reinstated to the starting lineup against Inter Milan, possibly at the expense of Franck Kessie.

The final change that Javi Miguel is claiming Xavi will make is hand a start to Raphinha. The Brazilian’s return will likely see Ansu Fati get dropped to the bench after he made only his second start of the season against Mallorca on Saturday.