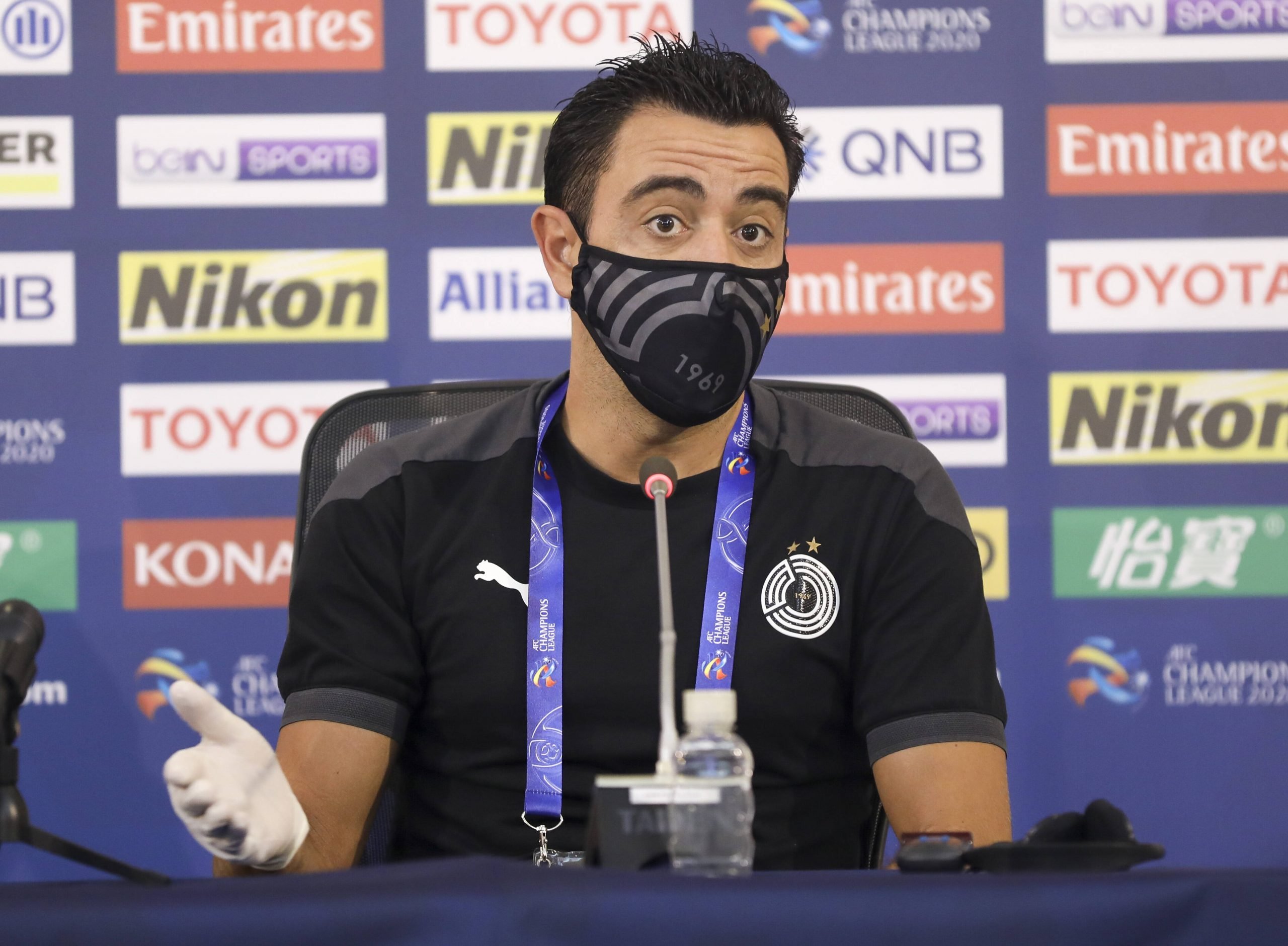 Barcelona held a press conference at their offices last month to announce the continuity of Ronald Koeman at the club, among other things. Naturally, it got a mixed reaction from fans, who have been torn about the Dutchman for a long time now. The reason for this decision, though, primarily stems from the availability of no replacements, plus the money it would take to sack Koeman.

Leaving the club in 2015, Xavi joined Al Sadd as a player, becoming their manager in 2019. Ever since getting his coaching license, though, he has been linked with a move back to Barcelona. He was also on the top of Victor Font’s list as a replacement for Koeman.

However, it looks like he is not going to move here anytime soon. Talking about a possible return to Barça — as relayed by Samuel Marsden — Xavi said, “I’m always on the market! But in these last three, four months not had any contact with Joan Laporta or anyone from the board. They decided to stick with Koeman and I wish the club the best.”

Xavi was asked whether it would be difficult to coach the players he once played with, which includes Lionel Messi, Sergio Busquets, Gerard Pique, Jordi Alba, Sergi Roberto, and Marc-Andre ter Stegen, he said, “I see that as an advantage, at Al Sadd I am coaching players I played with.”

A lot of fans consider that Xavi should start somewhere in Europe, even Barcelona B before moving to the senior team. He addressed that, suggesting otherwise, “It’s not my idea to coach Barça B, to be honest. I am coaching in men’s football and consider the B team a development team. I’m working with professional football, in the elite…that wouldn’t be the idea.”