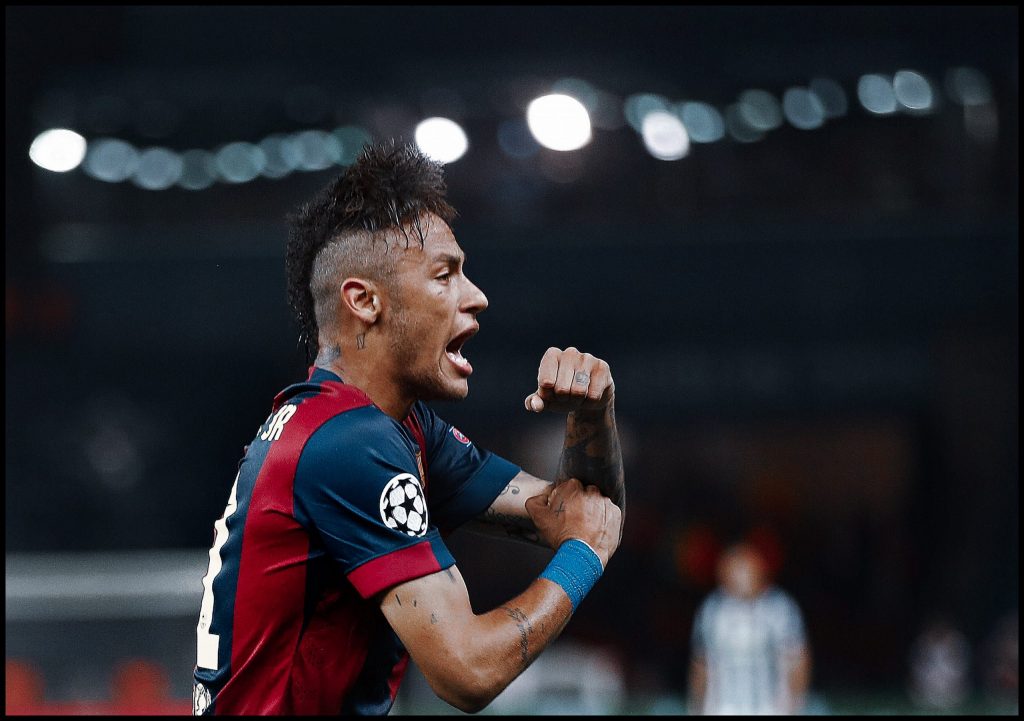 One of the best teams in history with one of the best players in the world. Sounds like a very appealing combination. But, tactically and in terms of interactions, would the Barça of Pep Guardiola have been even better with Neymar?

Would one of the best football sides ever have been improved with the addition of one of the most gifted players around the globe? Similarly, would Neymar, regardless of his age, have thrived at Pep’s Barcelona? The reunion would have sounded very appealing at first glance, and the answer to such question seems clear. Quality wise, and individually, the Brazilian may be the world’s best after Messi, and he certainly is more talented than Pedro and also Villa.

Moreover, one of the indispensable traits Guardiola demands in his wingers is simple: dribbling. He wants them to take on the opposing defenders, to attempt one-on-ones and to eliminate rivals. With the numerical and positional superiorities achieved through the centre, the flanks are left underloaded and the wingers remain alone with the rival’s full-backs. One versus one. And, in such situations, there are few better footballers around the globe than Ney.

❛ Choose the best player for every position and you’ll end up not with a strong XI, but with 11 strong 1’s❜

At the same time, though, the enigma lies around the occupation of spaces and positioning. The former Santos wonderkid is better than Pedro, but would he have been able to execute the Spaniard’s same role? A role that required working selflessly off the ball, staying near the touchline, making diagonal runs, waiting and waiting, and not being in continuous contact with the ball, to then just dribble when receiving a pass. Neymar definitely has the intelligence to adapt to such function, not to mention the gift, but would he have had the work rate and capacity to sacrifice himself for the collective’s good? That’s the unknown. Despite some specific exceptions such as Ibrahimović, Guardiola has demonstrated a brutal ability to convince his superstars. So it’s very likely that he could have convinced Neymar too.

Besides, the PSG forward has lately been evolving into more of a number 10, with Thomas Tuchel modifying his tactics to a 4–2–2–2 this campaign. With this, Ney has become more complete, but also more central. Having both Neymar and false 9 Messi through the middle could have led to a lot of possessional dominance, but a potential absence of width. A bit similar to what happened when Cesc Fàbregas joined, as Barcelona were capable of using a 3–7–0 with seven midfield profiles but lacked some threat into space.

For Brazil’s star to succeed under Pep, he would ideally need to have similar conditions to Leroy Sané’s at Manchester City. He would still have plenty of freedom to display his remarkable dribbling, wizardry and individualism, but his positional discipline would get boosted. With Pep Guardiola at Barça, Neymar would have been unstoppable in 1v1s and a goalscoring machine too, due to his remarkable finishing and resolution in the final third. With his talent and Pep’s power of persuasion, both Neymar and Barça could have been even better together.

De Jong and Busquets: Is the duo capable of playing together?

How the Barcelona board failed to replace Neymar
What did you think of this article?