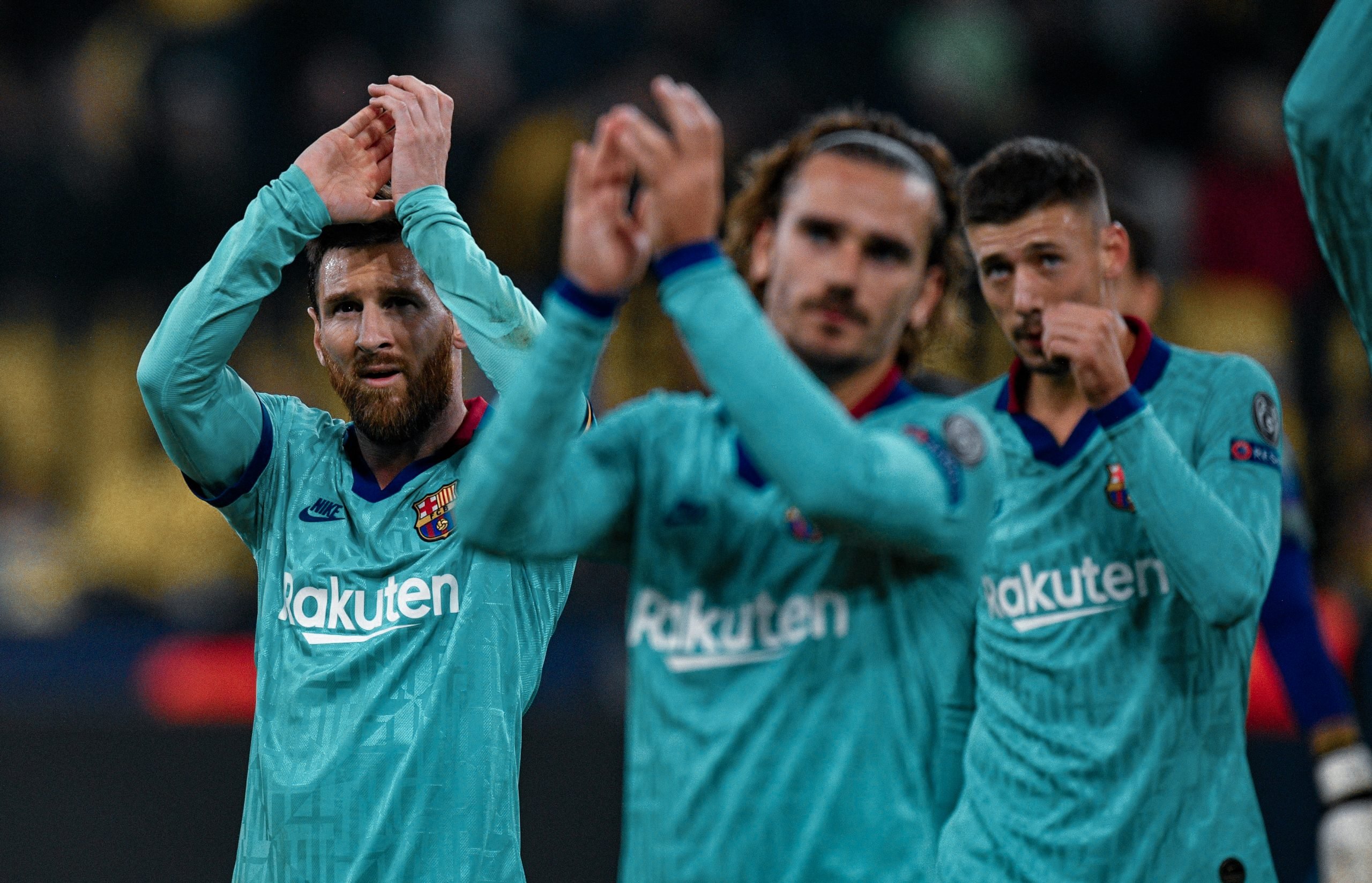 The January transfer window is nearly upon us, and it looks like Barcelona could be forced into the market for a few signings. Who should they bring in to Camp Nou this winter?

To say that 2020/21 is turning out to be another underwhelming season for Barcelona would be quite an understatement, to say the least. Ronald Koeman’s arrival has not had the desired effect on a team that was in serious need of galvanizing at the end of the last term, which is somewhat strange because most of the players coming into the squad made some sort of a positive impact.

However, numbers do paint a telling picture about the shortcomings of Koeman & co. Barcelona have dropped points in more matches than they have won (5) in La Liga after their first 11 outings, struggling to stitch together a run of positive results. This has left them languishing at 8th on the table and nowhere near where they might have aimed to be at this stage of the season.

Even in the UEFA Champions League, where Barcelona seemed to be cruising to clinch top spot in Group G, they faltered right at the very end to finish runners-up to Juventus, who punished their listless performance to down Barça 3-0 at Camp Nou.

The uneasiness surrounding Leo Messi might already been quite unsettling for the rest of the squad. It now looks like Barcelona could do with a signing or two – or three – when the transfer window reopens in a couple of weeks. Barça Universal now attempts to list the ideal candidates for Barcelona to pursue this winter, covering three positions where Barcelona lack: centre-back, striker, and winger.

Back when Matthijs de Ligt left Ajax to join Juventus in the summer of 2019, it was curious to see who would replace him in defence. As it turned out, the Dutch giants ended up striking gold in Lisandro Martinez, who arrived from Defensa.

Initially thought to be a backup option, the young Argentine ended up impressing to no end and cementing his place at the back. A left-footed player who is not just adept at playing as a centre-back but also as a left-back, he could be a fine option for Barcelona — despite the presence of Clement Lenglet in the squad — who are in the market for a centre-half anyway.

That is because Samuel Umtiti does not seem to have much of a future at Camp Nou, with a spate of injuries completely halting his development as a footballer. And so, it will hardly be surprising to see one left-footed defender in Umtiti being replaced by another in Martinez, who can then rival Lenglet for one of the two central defensive positions or even play alongside him, if merited to do so.

As for the left-back slot, Junior Firpo has hardly been able to make a case for himself, for one reason or another. With Jordi Alba at a stage of his career when he needs to be rotated every now and then, the presence of a player like Martinez in the squad could enable Barcelona to play without Alba and not deploy a makeshift left-back at the same time.

In addition, his qualities as a leader make him a natural successor to Gerard Pique in the Barcelona backline. Martinez has already shown his abilities to marshall the defence in an organised manner while at Ajax, a quality that should hold him in good stead, should Barcelona sign him. All this and more make him a possible immediate solution for Barça.

A player who is not only able to string together passes without much of a fuss, but also quite proficient in the air despite a relatively short frame for a centre-back, Martinez is just the kind of player to come in and do the job right from the get-go. So, it’s no wonder that Barcelona are actually in pursuit of the youngster too.

One of the more inexplicable decisions of the summer was Barcelona’s choice of going into the season without ever replacing Luis Suarez. Granted, Martin Braithwaite has been a pleasant surprise with his exploits so far this season when leading the line for Barcelona, it is still quite perplexing that Ronald Koeman does not have any other striker at his disposal. That is where Darwin Nunez comes in.

A largely unknown player outside of Spain before this season, Nunez has burst onto the spotlight with some fine displays for Benfica. Standing at 6’2” tall, the Uruguayan striker possesses electric speed that can help him to run in behind the defence while also possessing the aerial ability to meet pinpoint crosses with his head.

In fact, in many ways, Nunez is quite similar to Suarez, in that he can carry the ball while also not shying away from putting in the hard yards off it. Also, ever the team player, the 21-year-old does not mind setting a teammate up with a chance if that is the better route for the ball to reach the back of the net.

That is reflective in his returns so far this season, with Nunez having 6 goals and as many assists in 15 appearances across all competitions. So, he is not an assured presence in front of goals but also quite a well-rounded striker, one who can get the job done both on and off the ball, thereby being just the kind of player to be the perfect successor to Suarez possibly.

Sure, he might only be 21 right now. But, if groomed properly, he could end up being an asset for Barcelona for the better part of the next decade. The only caveat might be a hefty asking price, which could then put Barça out of contention to sign him in the January transfer window. Nevertheless, it looks like Barcelona are already searching in the right places as they are already chasing the youngster’s signature.

Now this one is a bit of a left-of-centre option for Barcelona. However, with both Ansu Fati and Ousmane Dembele currently recovering from their respective injuries, Barcelona seem to be short of options on the wings. Indeed, the duo’s absence has forced Ronald Koeman to field Pedri and Philippe Coutinho out on the flanks.

So, signing someone like Reiss Nelson on a short-term loan deal might just be the right move forward for Barcelona, especially considering their financial issues. The move makes sense on the field as well, with Nelson struggling for game-time at Arsenal despite their current crop of wingers failing to deliver the goods.

Possessing a burst of pace that is incomparable at Barcelona, Nelson also has the ability to link-up play smartly in the final third while also boasting of fine dribbling ability. He can also bombard the opposition box with his outlook of running in behind the defenders.

The only major drawback in his style of play is an inconsistent end product, although that might be positively affected while playing with the likes of Lionel Messi, Jordi Alba, and Antoine Griezmann.

So, gambling on a player who has the ability to provide the creative impetus from either flank while also posing a threat in front of goal might not be the worst of decisions taken by Barça in a January transfer window. That Nelson has previously taken a chance with a move away from his homeland by joining Hoffenheim also shows that he might not hesitate in jumping at the opportunity of representing Barcelona in the second half of the season.