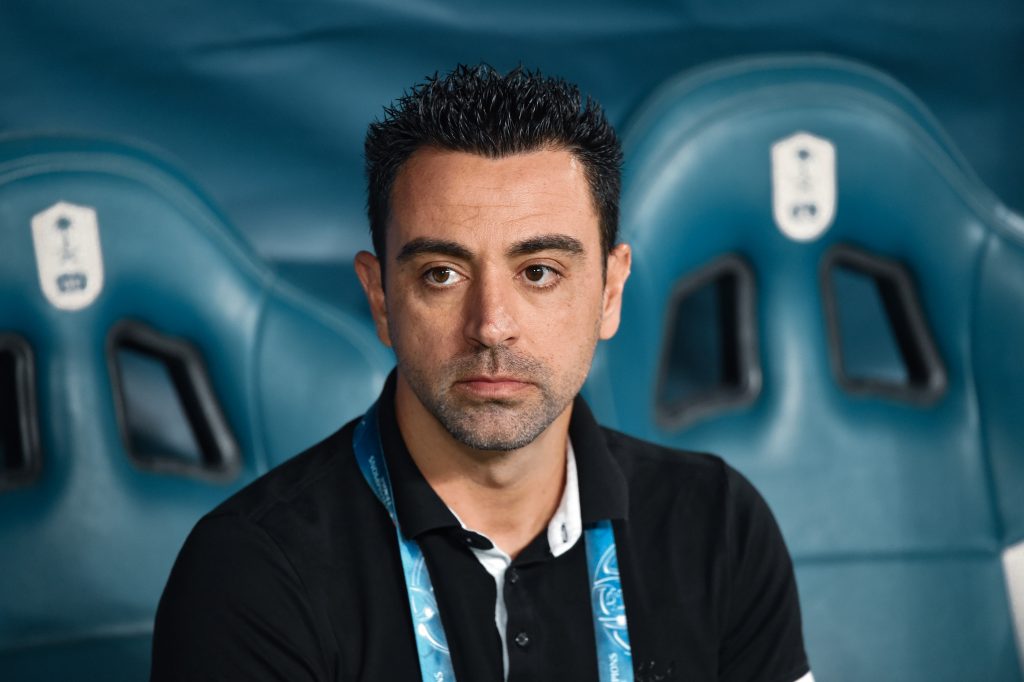 All Barcelona fans know that former midfielder Xavi Hernández will end up coaching their team one day. Nonetheless, the timing is decisive, and maybe now is not the right time for that to happen.

Xavier Hernández, or simply Xavi, was not just one of those players that represent the peak of positional style player at FC Barcelona; rather, he was one of the fulcrums that made sure that the engine of the team worked as well as it did. Trained and graduated in the famed La Masía academy, Xavi went on to represent and be identified as the face of a brand of football that has become the signature of this club.

Which was why, even as he pulled the blaugrana colours for the last time, Barcelona fans believed that it wasn’t the last they were going to see of him at the Camp Nou. They knew that one day he will come back and run the engine of this team – albeit from the sidelines. This was underlined when Xavi went on to apply for a professional manager’s licence and qualified for it last year. With all the negativity that was surrounding the club, it was predicted that Xavi would take the reins soon and he would set the course straight.

“Everyone knows that coaching Barça is a dream”

This dream came way too close to becoming a disaster when the Barcelona board – as has become a habit with them – made a mess out of a managerial change this season. Managerial changes should ideally be at the beginning of the season; instead it was done midway. It should also have been dealt with delicately, but was done with utter insensitivity. They went behind the back of Ernesto Valverde, made it public, humiliated him, and at the end, tried to blame it on the players. After his dismissal, their first choice was Xavi. Xavi did well to refuse the offer.

A few months down the line, this whole discussion is up and running again. The team came back from the break caused by the pandemic, had a couple of tough results and the sword was up in the air again for coach Quique Setién. “Bring back Xavi” was the call, with no regard for the current boss, no patience for his project and utter ignorance of the shambles that he inherited, in the name of a squad.

That any manager deserves a proper full campaign to start from the scratch and a good transfer window to implement changes in the personnel is being forgotten here. But even if, for arguments’ sake, we agree that Setién’s time is up at Barça, does that necessarily mean the time is ripe for Xavi to take up this job?

Managing any world-class team is a challenge. Managing one that is so unforgiving and demanding one as Barcelona is on another level altogether. Success on multiple fronts is the bench mark. The style has to be maintained. But in developing it, the team should keep winning too! In addition, it would probably be difficult to find a fan community that is as spoilt as those of FC Barcelona.

Everyone knows Xavi Hernández will end up coaching Barcelona, but the ‘when’ is key | Photo by Denis Doyle via Getty Images

Make no mistake, the day Xavi takes up this role, he is not going to be just Xavi; he will be dubbed the next Pep Guardiola. Constant comparisons will keep haunting him, irrespective of the fact that these are two different people, and that the game itself has moved on from Pep’s days at Barça. The challenge, therefore, is real. But Xavi has made it clear that it is his dream to take up this job.

As cited earlier, Xavi Hernández is one of the best exponents of the footballing style ingrained in La Masía. But being a brilliant student does not automatically make one a great teacher. Xavi’s potential is there for everyone to see, but what about experience? Remember, Pep began with the Barcelona B team. He went on to win the Tercera División with them, before being promoted as the senior team’s coach. Xavi’s experience in coaching spans to little more than one year at Al-Sadd in Qatar. With all due respect to the latter, it would be wrong to assume that the next step then is the managerial post of Barcelona.

This is one side of the equation. The other is Xavi’s own admission that he wants to start a new project from scratch, where he would have the power to call the shots. That is the exact opposite of what the situation is right now. There is no clear cut project with this team right now, other than stacking up ultra-expensive players that do not fit the team. Nor is the manager given a clear decision making power, with personnel or the style of play.

“I’m a club man. I would like to return at the right moment to start a project from zero. I’ve said it a lot of times but I want to take footballing decisions at Barcelona”

The negativity that surrounds the team is so heavy that even experienced coaches would suffocate under its weight. What would that do to a comparatively inexperienced one like Xavi? It will simply burn him out before he even had a chance. And that would be a shame, for he has the potential to lead future Barcelona sides to glory.

The bottom line therefore is simple. If – and that is a big if – Quique Setién must be replaced at the end of the season, Barça must turn to an experienced face; someone who has spent years and even decades on the sidelines. Someone, for instance, like B coach García Pimienta. The sheer number of years he has spent moulding the academy sides would immediately garner respect from the squad. Xavi, on the other hand, should probably replace Pimi at Barça B, or maybe assist him in managing the senior side.

“It’s clear that after the [2021 presidential] elections the stage would be set, of course. I’m not ruling anything out. They [the Barcelona board] came for me in January, we were speaking. I told them the circumstances and timing weren’t right”

It is not just that there is no need to hurry; the fact is that it would probably be a grave mistake to hurry. And Xavi Hernández, of all the people, should know not to release the ball too early.