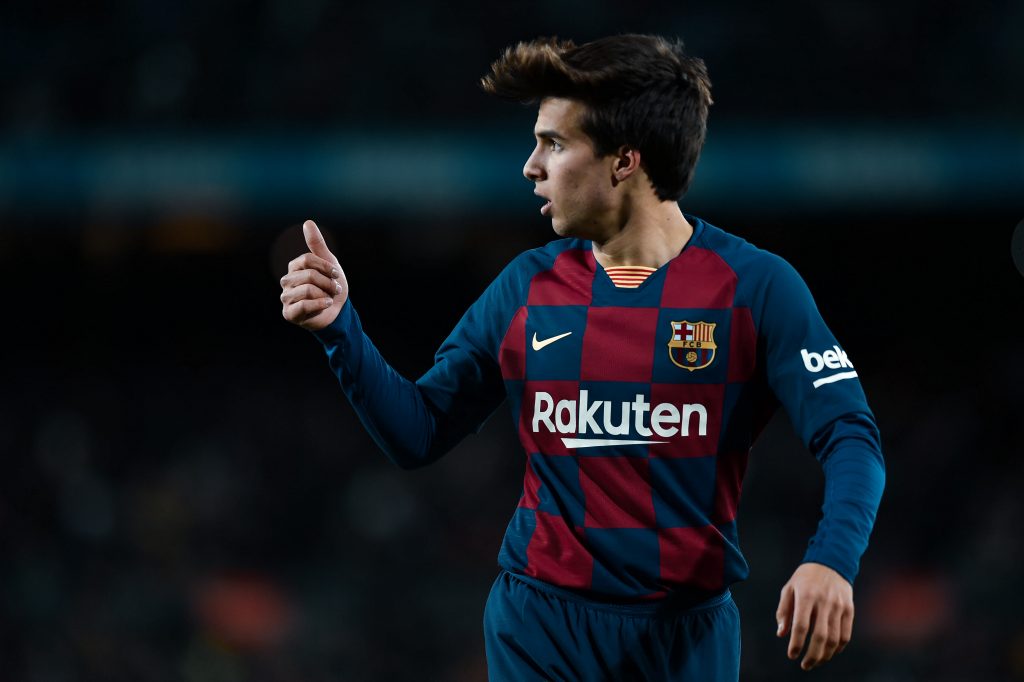 As he continues to prove his value on the pitch, it is time Riqui Puig becomes a regular starter in Barcelona’s first team.

Ricard Puig Martí, or Riqui Puig, is a central midfielder playing for Barça B. Notwithstanding, to have such a prospect playing for the reserves at the age of 20 should have his own club ashamed. Especially when such club is in dire need of creativity in midfield. Going forward, hopefully things change for the best.

Looking at his recent performance against Athletic Club, Puig played only 39 minutes, which proved to be the best minutes for Barça as well. From the moment he came on, he showed his intention to just grab the opportunity. Being such a young player, and even with that small stature that we often hear about, he carried with him such authority. He was as influential on the field as anybody was.

With the second he came off the bench, the tempo of the game changed completely. Before coming off the bench, while taking instructions from assistant Eder Sarabia, he prepared on the line to enter the pitch, tapped manager Quique Setién, and, even when he came on, he tapped the ref. These little moments showed how excited he was to get on with the game.

It surely looks like he feels like at home in the first-team set-up. Not for one second did it look like a player who was a new introduction to the squad. He didn’t look out of place. And the authority he showed in his plays was admirable too. Lionel Messi was seen looking for Riqui Puig in midfield on several occasions, channeling passes in between the lines. For the whole season we have been seeing how Messi comes deep almost to the halfway line, just to create chances due to the lack of creativity at the centre of the park. But with Riqui on the ball, we could see Messi playing closer to the box more often.

There were many questions that Riqui answered with his performance. Who can take the ball forward best? Who can take risks? Who can split the defences? Who can close in gaps in midfield with his pressing? All answers had by name and surname Riqui Puig. It really looks as though he belongs to the first team.

On and off the ball influence

Against Athletic, Riqui made darting runs into the penalty area. He threw himself at almost everything. Many people complain about his slight stature. But on Tuesday he proved everyone wrong. He went up for headers, he wasn’t afraid to face one-on-one situations, he went shoulder to shoulder. It was really impressive how he went into everything with determination but intelligence at the same time. Let’s look at all the enthusiasm he showed which uplifted the tempo of the entire team.

La Masía should be protected at all costs

Barcelona has been looking for solutions in the transfer market for a while now. They have poured the funds into mud and have gained nothing but bad public relations. Yet they have a simple solution at home to all their problems: La Masía.

The academy graduates should be protected. If not a complete starter, due to the presence of senior players, Riqui Puig should at least be included in the rotations on regular basis. Misusing him would definitely be termed as a crime. What Arthur Melo, Denis Suárez and Rafinha and Thiago Alcântara went through shouldn’t be the case with Riqui Puig.

“The truth is that he is a boy who breathes talent. He has self-confidence, personality, does not hide and asks for the ball”

Riqui Puig, with such display, justified every word of praise he received from his idol Xavi Hernández. With rumours around the clock that Xavi might be appointed in the not so distant future as the first team coach, this could surely mean the birth of new era in midfield for Barcelona.