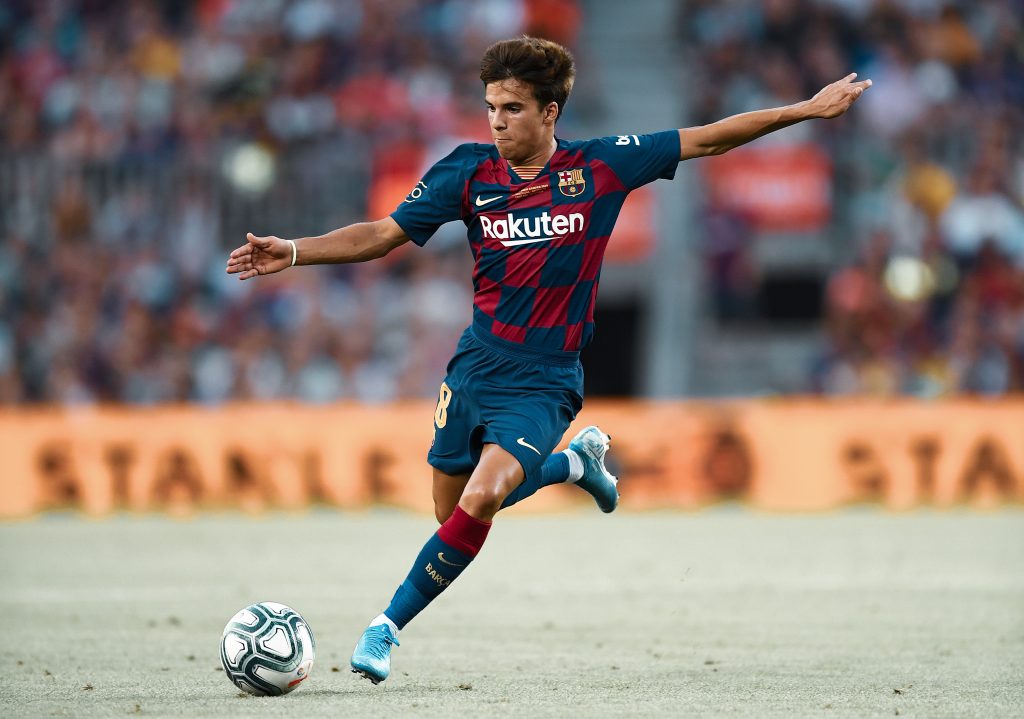 Both Riqui Puig and Ansu Fati have had excellent seasons when they have been given the chance. Against Napoli, the game was crying out for the youngsters, but they were left on the bench. The match versus Bayern will be a much tougher test for the Spanish giants, and Riqui and Ansu Fati have a lot to offer the side.

Young gems Riqui Puig and Ansu Fati have been revelations this season and have cemented their place in the Barcelona first team. Still, though culés have been desperate to see them play more, they have been overlooked at times. The managers this season, Ernesto Valverde and Quique Setién, have preferred to go with more experienced players on many occasions.

However, when Riqui and Ansu have played, they have always added a spark of energy and imagination to improve the team. They are still young and maybe the coaches feel like they must protect them, but going by their performances this term, they deserve more game time.

Riqui Puig made his first team debut last season under Valverde. Though he only played twice in La Liga, the talent was obvious. This campaign, the Spaniard has played 11 times in the league and each time impressed. It has been a successful breakout year for the La Masía graduate and there should be a lot more opportunities for him next course.

It is easy to see that he fits the mould for a Barça midfielder perfectly. His passing ability stands out and he can easily break the press with his quick turn of pace and dribbling. Nonetheless, it is not just his on the ball skills that make him such a gifted player. It is his work ethic and pressing off the ball that make him so complete. Riqui presses relentlessly and has a lot of success in either winning the ball himself or forcing the opposition into a mistake.

The contribution of Riqui Puig and Ansu Fati could have been very valuable against Napoli, and they should not be overlooked against Bayern this time | Photo by Rhona Wise / AFP via Getty Images

Another La Masía player that has had a fantastic break through season is Ansu Fati. Having skipped Barça B altogether, the 17-year-old has still shone during his games with the main team. This La Liga season, Fati has played 24 matches and scored 7 goals. He also scored the winner against Inter Milan in the Champions League group stage.

There is no question over his talent, and he has the potential to be a very special player. For most of the season, Ansu has been Barcelona’s only true winger in a team that has often lacked width. Furthermore, besides Lionel Messi, Fati is the only attacker that has possessed any pace for the campaign – Martin Braithwaite only played a couple of games. The teenager has shown he has an eye for goal, can beat defenders one-on-one and offers that much needed width.

The game against Bayern

In Saturday’s clash against Napoli in the Champions League last 16, Riqui Puig and Ansu Fati were desperately needed to liven the team up. Arguably, they both could have started, but the blaugranas performed well in the first half. It was in the second half that the La Masía products should have been introduced.

After about 60 minutes it was evident the Catalans needed fresh legs in the midfield and upfront. Riqui would have given Barcelona that much-need energy and control in the game. He lifts the team’s tempo and helps Barça retain the ball well. Just the kind of player needed when leading in a Champions League match. Ansu too would have been a smart introduction as Napoli continued to push players forward in search of goals. The width and pace Ansu provides would have caused a lot of problems for the Italians’ defence.

Against Bayern, it seems likely that Quique Setién will choose experience over youth. It is hard to see any of the heavyweights in the dressing room being dropped. A midfield of Frenkie de Jong, Sergio Busquets and Riqui Puig could be the best line-up in the eyes of fans, but Arturo Vidal and Sergi Roberto will reportedly start in a four-man midfield instead of Riqui.

Ansu should also start as width and pace is key against Bayern. It is difficult to see anything but Antoine Griezmann, Luis Suárez and Messi, or the latter two in a front two, starting again. If this is the case, then Quique must be ready to make the substitutions much earlier into the second half to keep Barcelona’s tempo high. Riqui Puig and Ansu Fati should be trusted for this all-important duel with Bayern as they have been some of the most impactful players for Barça this season. If they do not start, then they should be brought on earlier into the second half as they can turn the game upside down.