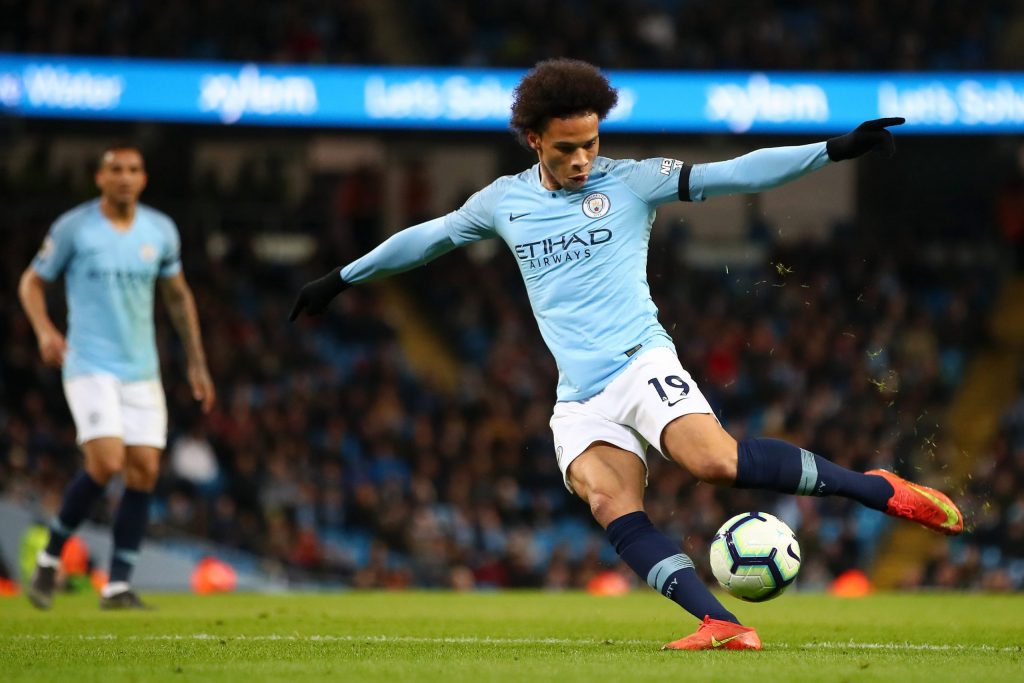 There have been no strong rumors linking Leroy Sané to Barcelona, but why? Young, exciting and, on paper, a perfect fit for Barça. Additionally, he could be available in the upcoming transfer window. In this article we analyze why should Sané be a top priority for the Blaugranas in the summer.

Leroy Sané might just be the perfect player for Barcelona. The Catalan board, however, doesn’t seem to be considering him as a viable option to add to the team next summer. This article will analyze the playing style of Leroy Sané and will comment on why he should be one of, if not the, top candidate to become the talisman forward for Barcelona for the next decade.

Sané primarily plays as a winger on the left-hand side. Nevertheless, given the situation, he can also be deployed in the attacking midfield and on the right-wing. The former Schalke man, in 134 games for Manchester City, has accumulated a total of 39 goals and 45 assists, which add up to 84 goal contributions in 134 matches while playing as a young winger in the most competitive squad in the world, under arguably the most demanding manager around the globe.

Sané’s most prominent abilities are his key passes and finishes. In the 18/19 Champions League season, he had 4 assists, created 6 big chances and averaged 1.6 key passes per game. His commendable vision, together with his technical ability, allows him to give the perfect ball to his teammates.

Finishing is yet another one of the 24-year-old’s standout qualities. He’s a very clinical finisher. Sané’s clutch shot against Liverpool in City’s narrow 2–1 title-deciding win in the 18/19 Premier League has almost become iconic, and today Man City is most definitely feeling the absence of Sané’s finishing prowess. In the last league campaign, in 31 games the German missed merely 5 big chances and in the Champions League he missed a total of 0 big chances. Had Leroy Sané been present in the Barcelona team at Anfield, and he would most definitely have changed the outcome of that night.

“He’s started training with us. When you have an injury, especially like this one for 6 months, you need to recover the tempo, the rhythm, the confidence in your body, in your knee, don’t think about the injury. It needs time. It’s not like an ankle, for example, or a muscular injury. The injury to the knee always needs time. He needs weeks”

In addition to this, Sané is a brilliant dribbler. In the 18/19 Champions League term he averaged 2.4 dribbles per fixture. His pace is not the only factor behind his successful dribbling, as his ball control, technical ability and his undeniable intelligence all contribute to this. His talent to carry the ball on his own shows that he can decide matches all by himself. Moreover, his passing is remarkable. Guardiola is, of course, a big reason as to why this is. Not only can he make those key passes, but his link-up play and aptitude to make short intricate passes is phenomenal.

Why Leroy Sané to Barcelona is a possibility

Leroy’s contract with Manchester City expires on the 30th of June, 2021. So, given that he doesn’t extend with City, if they don’t sell him this summer they face the risk of losing him for free in 2021. Due to this, coupled with Sané’s recent injury, he could be available for considerably less money. A 120-million player could be on the market for a mere 60 million.

“Even as a little boy, Barcelona was my dream club”

On top of that, the player has previously gone public with his desire to play in Blaugrana colors one day. Barcelona being the dream club of Leroy Sané makes it even easier for Barça to sign him up. His love for the culés will go a long way in ensuring that his tenure is successful – if he was to ever join up.

There have been no rumors revolving about a move from Leroy Sané to Barcelona. In the past few months, he has been said to be close to joining Bundesliga giants Bayern Munich, with Barça focusing mainly on Neymar Jr. and Lautaro Martínez. That said, the Azulgranas should reconsider and contemplate the option of signing an exciting prospect for a relatively lower fee.

Sané is among that group of select few players who are both experienced and young. He has both experience and almost 10 years of top-level football left in him. Every big club in the world is or should be interested in him, and that is not a coincidence. His talent and his hard work could see him go a long way. With the stars aligning, Leroy Sané might just be Barcelona’s next big thing.

Note: This article is a repost of an early version of the article.