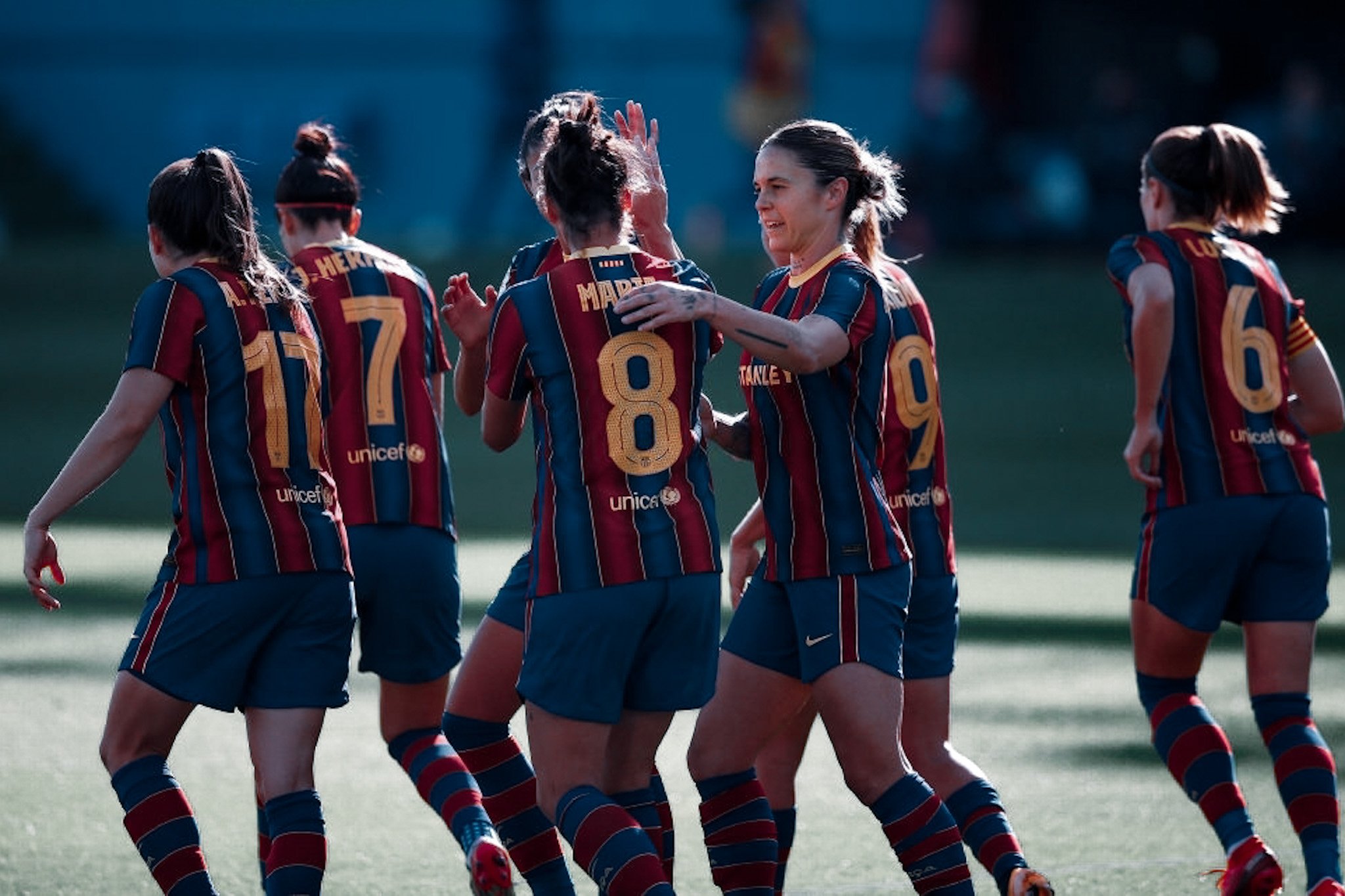 At the beginning of the 2020/21 season, I became acutely aware of the general worry that fans felt due to the lack of signings for a team that is one of few looking prime to challenge the top teams in Europe. A top team themselves, Barça Femení opted to rely heavily on their homegrown talent in Bruna Vilamala and Jana Fernández as they were promoted to the first-team squad to gain quality minutes.

Former captain of Barça B Laia Codina joined them and was looking ready to take on even more added responsibility in senior minutes but unfortunately suffered a knee injury and will miss some time with the squad while she recovers from surgery. Goalkeeper Cata Coll, who was loaned out to Sevilla last campaign to gain some valuable playing time in the league, has resumed an important role in the main squad with Sandra Paños struggling with injuries this first half of the course. The blaugranas also added young talent Giovana Queiroz and had some key renewals which will help in the depth department.

Despite the lack of any international big-name signings that a club like Barça can make due to their ever-growing success, they can still challenge the likes of any other top power in Europe, and Olympique Lyon is included in that discussion. This Barça team is unlike any other team in Europe. They do not need nor rely on a lot of marquee international names and are actually one of the sides with a lesser amount of international talent in their squad, but what they do rely on is cohesion amongst the players.

The team wants to build an identity with footballers who genuinely want to buy into the project and system all while playing the beautiful brand of true Barça football and not a juggernaut of solely the best stars from all around the world thrown into a squad who try to dominate clubs around them on just that alone. Barcelona never falters from their style of play to level with their opponents.

Although they have many threats all over the pitch, Barça hasn’t made it a habit this season to depend too heavily on just one individual to do a certain job, but the group as a whole has stepped up in every part of the pitch. While you expect the likes of Jennifer Hermoso or Asisat Oshoala to be running up the tally for goals, this year we have also seen Alexia Putellas get heavily involved in the scoring party too, as well as Aitana Bonmatí and many other players. Cata Coll has consecutively been a brick wall between the posts in the absence of usual starter Sandra Paños, proving that the future goalkeeping position of the club is in good hands too.

Lluís Cortés’ side has picked up where they left off last season and are two points behind the league leader in Tenerife despite being three matches behind due to some postponements from COVID cases around teams in the league they were originally set to face.

However, even with games to make up, they are making a good argument to show that they are on their way to another triumphant Primera Iberdrola season. They have won 7 out of 7 matches played, they have scored 38 goals and allowed only one so far this season. You don’t have to be a fan of this team to recognise that they are on pace to continue this form in Europe.

Barça Femení kick off their UEFA Women’s Champions League campaign with a visit to the Netherlands on Wednesday December 9th to play against PSV in the round of 32. Kick off is slated for 16:30 CET.