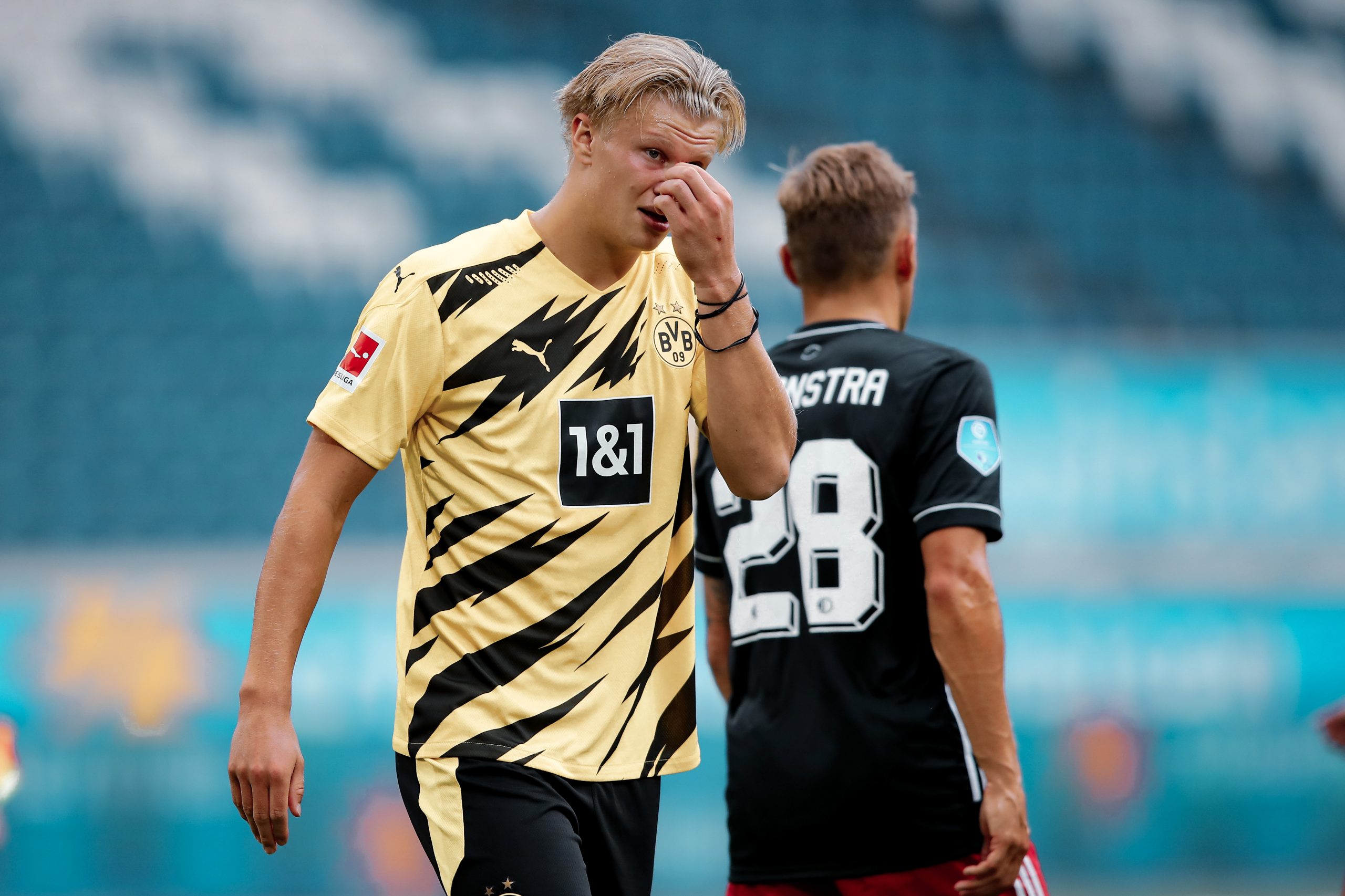 While he would be an unconventional player at the club, why should Barcelona target Borussia Dortmund’s Erling Braut Håland after the departure of Luis Suárez?

A 19-year-old Erling Braut Håland took the footballing world by storm last year when he scored a hat-trick of goals on his Champions League debut and then went on to become only the second teenager to score in each of his first three appearances in the competition.

In the winter transfer window, Håland moved from Austria’s Red Bull Salzburg to German side Borussia Dortmund in hopes of both improving his game and leading Lucien Favre’s side to the Bundesliga title. The Norwegian wonderkid ended the Bundesliga season with 13 goals and 3 assists in 15 games, and Dortmund finished second on the table.

Håland’s 44-goal season put him on the radar of all the top clubs in the world, and while the striker is at the top of his game at Dortmund, his departure to a top European club in the future is inevitable at some point. Following club legend Luis Suárez‘s departure from Barcelona, the Catalan club is surely looking for El Pistolero‘s heir. With Barcelona looking for a top striker for the future, and the Norwegian machine looking at a European giant to move to, Håland might just be the name that reads on Barcelona’s number 9 shirt.

To begin with, let’s talk about Håland’s statistics. In the 2019/20 season, he scored 44 and assisted 10 goals. 10 of the goals were in the Champions League. He scored more goals than expected with his G90, 1.10, being higher than his xG90, 0.75. It has been established that Håland is a goalscoring machine. The Norwegian’s physique is absolutely astounding. At 6 feet 4 inches (1.94 metres), Håland provides quite the aerial threat, something the blaugrana club severely lacks.

In spite of his towering height, Håland is incredibly fast; he reached a top speed of 36 km/h and was 0.3 seconds off from breaking the world record for a 60-metre sprint. Football has evolved in recent years, with training facilities improving and more money being invested in fitness training, players have become more athletic. A striker who will face off against athletic defenders definitely needs to be a physical demon.

When at RB Salzburg, Barcelona rejected to sign Erling Braut Håland because he did not have the suited profile | Photo by Dean Mouhtaropoulos via Getty Images

Does Håland have the technical ability of a prime Luis Suárez or of a Samuel Eto’o? No. Would he be heavily involved in the build-up play like some of Barcelona’s preceding number 9s? No. If Håland was to join, he would be the most uncreative player in the squad, and believe it or not, that is exactly what Barcelona needs right now.

The recurring humiliations in the Champions League knockout stages have had one thing in common – apart from the poor defence –: the lack of a runner. Every elite team in Europe has elite runners: PSG have Kylian Mbappé, Liverpool have Mohammed Salah and Sadio Mané, Bayern have Robert Lewandowski and Serge Gnabry.

The Barcelona team, all these years, has been stacked with players who love having the ball at their feet all the time – Lionel Messi, Philippe Coutinho, Antoine Griezmann…The reason Messi’s last few years have been wasted is that he hasn’t been provided with a runner to get at the end of his through balls. This problem cannot occur again.

Barcelona’s future lies with talented playmakers like Francisco Trincão, Pedri, Riqui Puig, etc, and these playmakers need a proficient and clinical striker with good off the ball movement, to score goals for the team. Håland doesn’t only have a good physique, he is also an intelligent footballer. He knows how to time runs, how to hold the defence, and is a lethal shooter of the ball.

Erling Braut Håland would be quite an unorthodox signing for Barcelona. Quite unlike all of his predecessors. But if the club’s transfer policy fails to evolve while the game itself is evolving, then the Catalan club is going to become a relic of the past. A player like Lionel Messi is never going to appear again. Thus, after his departure, if Barcelona want to dominate in Europe like they once did, the team is going to have to function like a system, and Erling Håland is the piece that fits the puzzle the best.

So apart from everything discussed in this article, why should Erling Håland join Barcelona? Well, in his own words: why not?