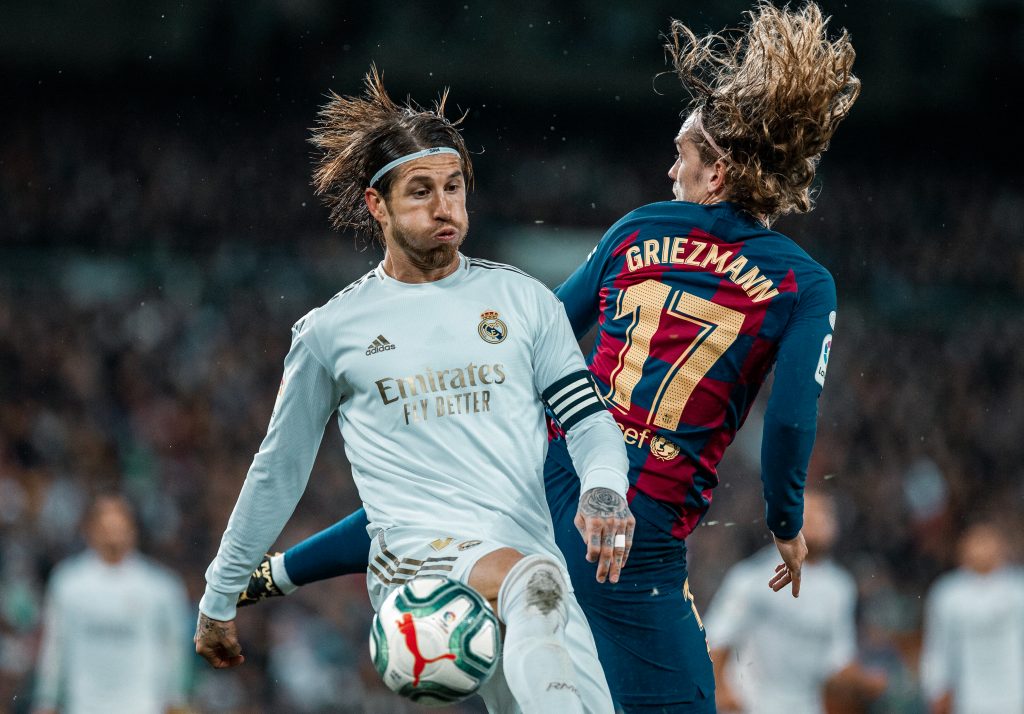 Football’s return is imminent, with the Bundesliga scheduled to resume this weekend. The situation in Spain requires more time and patience, but the intent to finish the season is clear. With teams slowly heading back to training, the Spanish league seems to be edging towards a return early June. But who may have a greater advantage to end up winning the La Liga title: Barça or Real Madrid?

The unprecedented suspension of football across Europe has surely put the various authorities concerned in a challenging situation. Though many deem sport as entertainment, it is an industry that amounts several billion euros in revenue. Instead of looking into the fact whether it is right to resume football or not, let’s shift the focus onto the neck-to-neck title race that awaits us in La Liga.

❛ I’d like it [the restart date] to be 12 June. But we have to be careful. It will depend on many factors such as a potential rise in infections, factors which don’t depend on football but on Spanish society ❜

After 27 rounds, holders Barça sit at the top of the table with 58 points, closely followed by Real Madrid at 56. It is essential to take a look at both sides, judge the form, squad depth, and tactical superiority, to predict who’ll come out on top in the end. Either way, the outcome of the league would definitely be in the air until the final matchday. Both sides have their own obstacles, players returning from injury, and exploitable areas. The Catalans are adapting to life under a new coach, while Los Blancos are trying to embed their summer signings into the squad.

A look at the calendar

By taking a look at the remaining fixtures, it is evident that there’s a fair share of challenges up ahead for both sides. The road doesn’t feel easier for either team. The azulgranas have tough trips to the Ramón Sánchez Pizjuán and Estadio de la Cerámica to face Sevilla and Villarreal, while also hosting Atleti in a potential six-pointer. Los Blancos will face Real Sociedad at Anoeta and host Valencia and Villarreal, who have hindered their title hopes in the past.

That being said, judging by how inconsistent Barça and Madrid have been this season, it wouldn’t be surprising if they drop points on occasions where they are expected to win. The leaders have already slumped to sides like Granada and Levante. The chasers squandered their lead at the top by losing to Levante and Betis. Despite having the head-to-head advantage, Real Madrid need to remain consistent and opportunistic if they want to regain the top spot.

Here are some factors and issues that Barça and Madrid face that could go against their favour:

Barça’s deficit at the flanks

For a while, former manager Ernesto Valverde played Antoine Griezmann out of position at the left flank. Albeit Ansu Fati’s rise into the first team, the 17-year-old can’t play every game. Accumulating too many minutes may lead to unforeseen injuries, which would hamper his development. Unfortunately, with Ousmane Dembélé out injured, Ansu remains the only winger available in the squad. Griezmann was used out of position, and Leo can’t play every game.

It doesn’t need to be said explicitly that the board made a very poor decision in letting go of Malcom last summer, and Carles Pérez in the winter window. There is a definite lack of wingers and, as a result of this, Quique Setién has to compromise on certain tactical viewpoints. In addition to finding a way to readjust to the new manager, the Catalans need to continue with an insufficient number of players in certain positions.

In contrast to their usual ways, Madrid have a better defensive record, but their attacking output has taken a hit. Despite being the second-highest scoring side in the league, their woes go far beyond statistics. With Eden Hazard yet to hit full-throttle, and Gareth Bale a beta version of his usual self, most of the attacking contribution comes from Karim Benzema. Nevertheless, the Frenchman’s numbers aren’t adequate to compensate for the others who are misfiring.

Zidane has trusted youth, giving opportunities to the Brazilian wonderkids Vinícius and Rodrygo, who have shown glimpses of quality. Vinícius scored in the recent 2–0 win in the Clásico, while Rodrygo already has a hat-trick in the Champions League. The long-term injury to Marco Asensio has only made things more challenging.

Unlike Setién, Zidane has a plethora of options in the flanks. Bale, Vinícius, Rodrygo, and Lucas Vázquez are available. With the break giving sufficient time to recuperate, Hazard and Asensio have also recovered from their injuries. The only absentee will be Luka Jović, who suffered an injury while training by himself.

In spite of conceding just 19 goals, they have drawn 8 games this season, meaning that something is lacking in the attacking department. Zidane will need to find a way to increase the attacking output, as more stalemates would result in them falling behind.

Who has the advantage?

The question still remains unanswered: who is more well-equipped to win the title? Indeed, we have seen that there are a fair amount of issues for both parties. For Barcelona, it’s a player-shortage; for Real Madrid, it’s a matter of the form of certain key-players. With football resuming after nearly a 3-month break, it is obvious that fitness becomes a major factor.

An injury to Messi could further decrease Barça’s attacking options and put the madridistas in the driving seat. The Catalan outfit is in a stage where they need every player available to give his 100%, but also bear in mind their fitness levels. The break has given Suárez time to return from his knee-surgery, who will be crucial for Barcelona in the coming days.

The lack of players could prove to be the determinant factor that could give Real Madrid an advantage. However, we have seen them squander their opportunities on several occasions, so it isn’t a guarantee that they’ll make the most of it. Either way, despite the season resuming behind closed doors, there’s no denying that we are in for a grandstand finish.