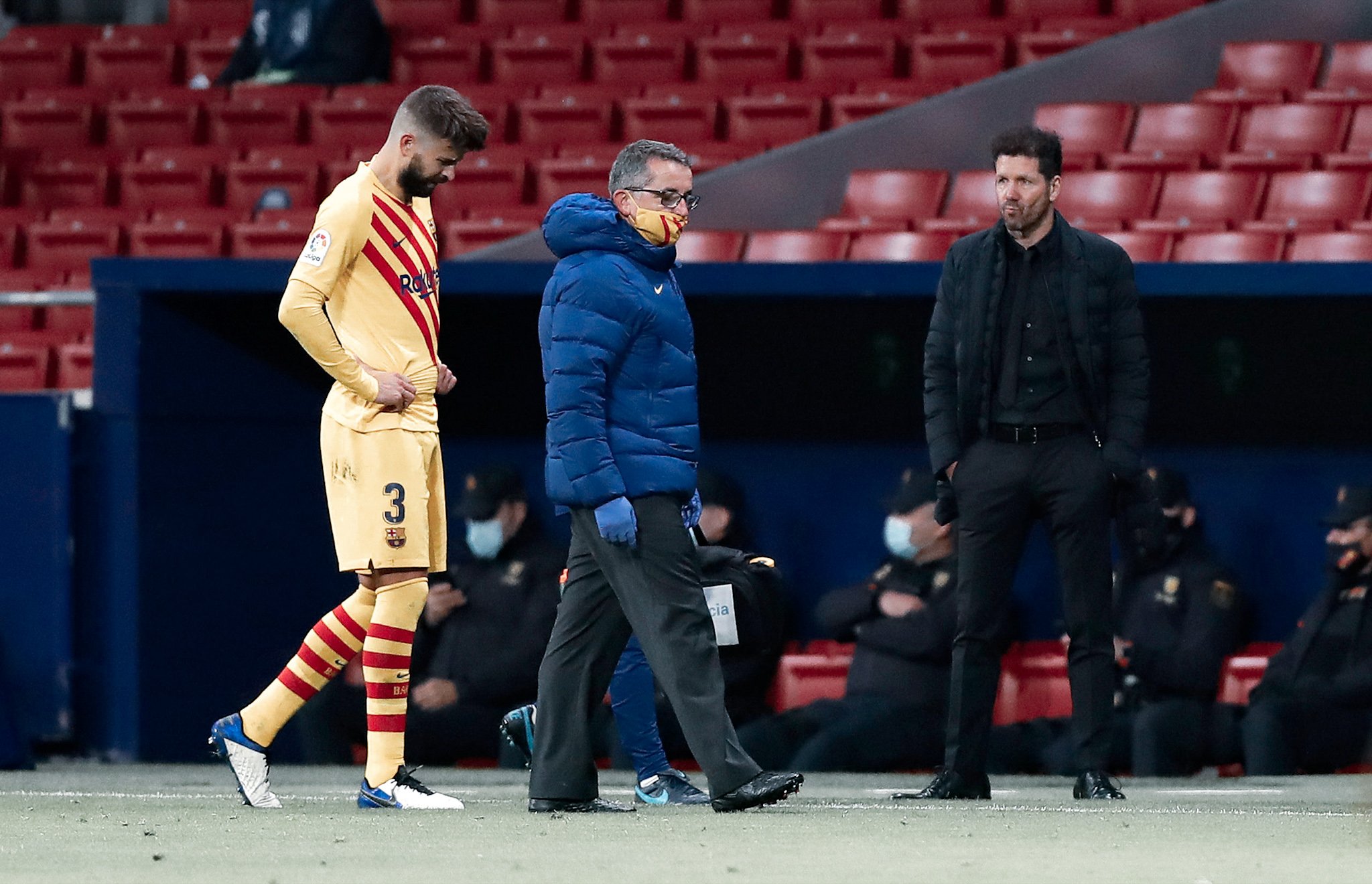 Barcelona’s squad has been cut thin following the injury to Gerard Pique, with no first-team players available as the replacement. Ronald Koeman must think out of the box to pull the team out of this well.

Ronald Koeman has found himself in an unenviable situation over in the Catalan capital. Barcelona’s backline has been a faulty area of the squad for quite a long time, but now, more so than ever, it’s turning into a real crisis.

Over the weekend, the Catalans were handed two major blows – firstly, the defeat to Atlético Madrid which means they are now nine points behind the Rojiblancos. And secondly, and potentially even more worryingly, Gerard Piqué has suffered a serious injury and will likely be out until the end of the 2020/21 season.

Needless to say, this comes at the absolute worst time for Barcelona since they don’t have anyone to replace the veteran centre-back and partner Clément Lenglet in the backline. Samuel Umtiti himself is yet to recover fully, and even then, there are serious question marks over his fitness levels and match sharpness.

Ronald Araújo, of course, could be another option who can serve as the replacement for Gerard Pique but the youngster is also still on route to recovery and won’t immediately be available for selection. The 21-year-old will surely be among the names chosen by Koeman once he does return, but even then, the list is quite thin and mostly unreliable.

Araujo showed his class against Sevilla, but is too young to soak up all the pressure that will come with being a long-term replacement. (Photo by David Ramos/Getty Images)

This is not to say that Araújo is an unreliable option, of course. Still, he is, after all, really young and inexperienced so asking him to replace one the club captains and most experienced players could be a bit too much right from the bat. There are other options from the academy as well.

At the moment, whispers can be heard from the media, in particular from Mundo Deportivo, about Óscar Mingueza potentially making the step up in these dire times as well but that’s another youngster throw into the fires far too soon. Fans, on the other hand, have been calling for Arnau Comas to be promoted, or at the very least, given a run with the senior team.

Selling Jean-Claire Todibo without signing a replacement was always going to be a decision that would come back to hurt Barcelona, especially given how congested the fixture list for the 2020/21 season is.

Finally, Barcelona could buy a replacement in January. We’ve heard a lot of talk about that too, and Eric García is among the club’s top priorities for the January transfer window, and we can see him come in for as less as €10-15 million courtesy of his contract which expires in June.

For the time being, however, with the lack of immediate solutions, we are likely to see Frenkie de Jong start in that centre-back position next to Lenglet as the replacement for Gerard Pique. Of course, it’s not the Dutchman’s preferred area of operation, but he can competently do the job. That said, de Jong has not been included in the squad that will travel to Dynamo Kyiv for the fourth gameweek of the UEFA Champions League.

Either way, exciting and scary times are ahead for the Catalan giants.