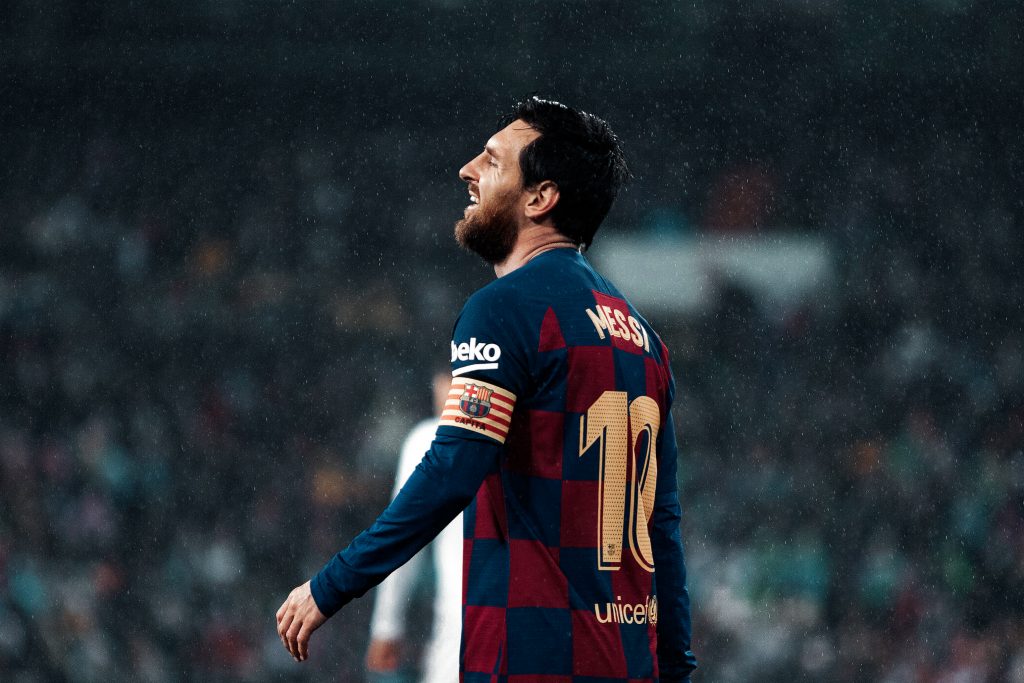 Lionel Messi has been at the top of his game for quite some time, but now the surrounding players need to ease his workload.

After many years of association, silverware, individual, and collective glory, there is no need for elaborating Leo’s importance to Barça. He has been pivotal to the club’s continued success across all fronts amidst all the questionable actions by the board. Throughout the days of pain, pleasure, ghastly, and glory, Messi has had a heavy importance and has remained a consistent performer. Indeed, although small in number, there are days when he has had bad games. However, on the grand scheme of things, one can only speak of the many moments where he single-handedly carried Barça to glory. Unfortunately, there is a pressing need to be realistic.

Coming June, Messi will be 33. And even though he still has a few more years at the top, he can’t be left to do everything. It isn’t a question of checking if he has declined statistically. Because if you look at the numbers, he remains the club’s most productive player. Currently, he is at 19 goals and 12 assists, averaging 4.8 shots, 2.5 key passes, and 5.4 dribbles per game in La Liga.

There is a growing need for specific individuals around Messi to step up and free him off an obligatory workload. It’s not in fear of his decline, rather a need to preserve his presence. The club is far from being ready for the inevitable post-Messi era. Even though Bartomeu claims that the board have been preparing for that, there’s no sign of any truth in his words.

In relation to the club’s overall performance, these are the players who should increase their output:

The Dutchman has had a fairly disordered start to life at the Camp Nou. Although it is natural for a player to take some time to settle after a transfer to another club, he had to undergo this period amidst a challenging phase for the Catalans. A change in manager meant a change in philosophy, demands, and role.

At Ajax, he averaged 1.5 key passes and 2.0 dribbles per game last season. His stats have gone down at Barça, although not drastically. Averaging 0.9 key passes, and 1.6 dribbles per game, it is clear that his involvement up top has reduced. The fact that he’s averaging 0.2 shots in comparison to 0.9 shots per game in the Eredivisie also adds to this case.

Undoubtedly talented, De Jong has the potential to involve a lot more in the build-up. The first season at such a demanding club is never easy. But at some point when he gets going, he must increase his creative output, especially because he can. He is capable of finding spaces, making intelligent runs, while catering to his defensive duties as well. By doing so, Messi will not need to drop as deep as he usually does.

Hampered by injuries and unforeseen off-pitch issues, Arthur’s second season in blaugrana colours isn’t going as expected. With several outlets reporting news of him leaving this summer, fans fear that he might be sold. After making only 12 appearances in La Liga this season, the cause of frustration is understandable. However, letting go of a player of his calibre would be a horrendous decision. He is only 23 and has already shown glimpses of what he can do across the two seasons.

In contrast to Frenkie, Arthur’s role is specific to his ball retention capabilities. He has shown immense composure on the ball. With nifty turns and well-timed body feints, he makes it almost impossible for the opposition to dispossess him. He is rarely dribbled past, and the average of just 0.3 per game, highlights his defensive solidity too.

Giving the Brazilian time to regain his fitness and confidence is a no-brainer. Despite all the noise around his future, he has stated his desire to stay at the club for a lengthy period. Not only would it strengthen the midfield by giving an exciting partnership between Frenkie and Arthur, but would lead to a faster progression up the pitch.

As stated before, Messi has the habit of dropping deep and carrying the ball forward, which raises his workload. He is at the heart of every build-up and has a hand in almost every goal. The need for Barça’s enticing midfield prospects to up their game is imperative.

Griezmann’s move to Catalonia not only brought problems on the pitch but off-pitch as well. After the controversial move from Atlético de Madrid went through, the Frenchman’s role at the club became the primary question. Fans and pundits were left clueless as to whether he’ll take Suárez’s position, or would he be deployed at the flanks. With Ernesto Valverde choosing the latter, that too in the left-wing, it made it challenging for Griezmann to display his proficiency on goal.

However, he needs to be given credit for keeping his head up and working hard to settle into the azulgrana side. He has 8 goals and 4 assists, in the league, which is surely not his best numbers. The majority of his problems would be solved if he was allowed to play in his comfortable position.

Griezmann thrives at making intelligent runs into the box. His clever movement off the ball, and ability to find pockets of space made him a prolific striker for the colchoneros. In a team like Atleti, where the primary focus is on maintaining the defensive shape, he managed to produce impeccable goal-scoring stats. There’s no point in discussing whether the board made the right call in signing Antoine. From hereon, the priority should be to make things work on the pitch.

Since Messi remains at the right flank, the Frenchman won’t be finding many opportunities to cut inside and shoot. Instead, he can drift inwards from the left wing, and allow the left-back to make an overlapping run. On several occasions, Jordi Alba has made these runs which lead to pin-point cutbacks. The same strategy can be employed, thereby giving Alba more options while feeding a pass into the box. Earlier, the lion’s share of the cutbacks went to Messi, but now, Griezmann’s presence in the box presents more opportunities to score.

All these tactical options are at Quique Setién’s disposal. The Spanish tactician knows that his predecessor had depended heavily on Messi to change the game when things went wrong. He is also aware of the fact that the more dependant the team is on him, the more challenging it becomes to handle the post-Messi era. Instead of relying on the board for making big-named signings, Setién needs to devise a system where the output of the entire team increases.

Reducing the workload of Leo will not only expand his playing time but also improve the players around him, making them rise for the occasion. If not now, the focal point should shift from the Argentine at some stage. There is a growing need to make Barça a more well-rounded team that has an equally efficient contribution from all departments. Nevertheless, this is easier said than done, with a huge task laying ahead for Setién and his backroom staff.