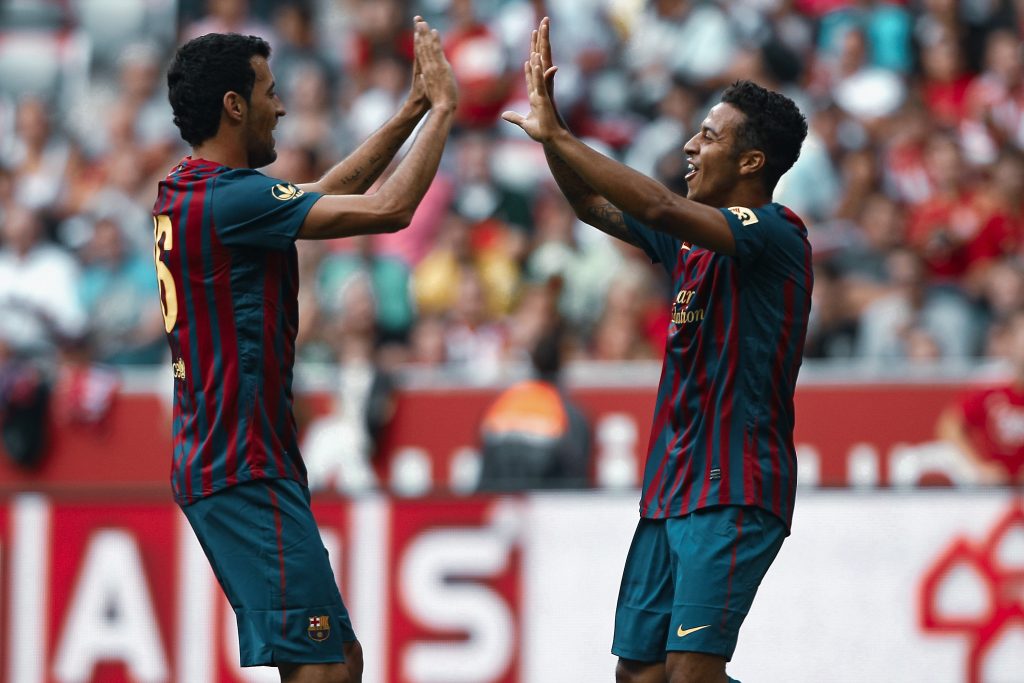 As Barça and Bayern prepare to face each other in Friday’s Champions League quarter-finals, we take a look at the key individual battles of such clash.

Last Saturday, Barcelona had its nervy win over Napoli scoring a 3–1 victory, while, conversely, Bayern Munich steamrolled Chelsea on an aggregate of 7–1 to book their spot in the final 8 of the Champions League. With this, the football world is set to witness an enthralling fixture between the two European giants.

Both sides will be charged to knock out each other to reach semi-finals. Predictions show that, arguably, Bayern Munich will be dominating this game. They have got a stronghold in almost all areas; defence, attacks and midfield. Nonetheless, besides the dominance of the German champions, they leave chances for the opponents. The question is how Quique Setién’s team gets successful in keeping Hansi Flick’s front men at bay. Tactics will play a huge part in such duel, but so will individual performances. Thus, below we debate on the critical battles of such fixtures.

Do we need to compare the strikers? Lewandowski vs Suárez

Ever since Luis Suárez arrived in Catalonia, he has worked his socks off. Probably with his patience, confidence and status, he can win this show too. But for Robert Lewandowski: he is unstoppable. Suárez and Lewandowski, both can score and assist. However, the Poland international is better than the Uruguay national, as per the records.

Looking at the statistics of the 2019/20 season, Lewandowski has 34 goals and 64 shots on goal. In this sphere, Suárez is way behind with 16 goals and 43 shots on target. Sauntering to the next stats, the Barcelona striker is better with 8 assists, leaving the Polish behind with 4. However, the figures for passes proves Robert to be exceptional with 23 key passes to Suárez’s only 7. On the defensive side, Hansi Flick’s man has one block, 62 aerial duels and a total of 73 tackles. Well, here, Quique Setién’s target man got two blocks, 14 aerial duels and 25 tackles.

With 34 goals, Robert Lewandowski finished second in the Golden Boot race, only behind the 36 goals from Lazio’s Ciro Immobile | Photo by Matthias Hangst via Getty Images

Without debate, the importance of the Polish player to Bayern Munich is much greater right now than that of the former Liverpool star for Barça. If you take Suárez out of Setién’s squad, they may still somehow manage to score from different other positions. Try taking Flick’s number 9 out and boy, they are in trouble. Interestingly enough, it was proven this campaign when Lewandowski scored 34 times in 31 Bundesliga appearances, but the Germans struggled to score as much in the 90 minutes without his presence in the game.

On the contrary, when Uruguayan was injured, the Catalans managed to score goals as easily, if not more –– especially during his injury at the start of the season ––, in his absence. Hence, clearly, the Barcelona man is contributing relatively less than Lewy. Nonetheless, to prove this, the Friday night encounter between both centre-forwards will be electrifying. Presumably, Lewandowski’s better form and exceptional skills will give a tough time to his counterpart Suárez.

Midfield encounter: Müller and Thiago vs Busquets and De Jong

The strength of the Germans in this clash will be their midfield. However, in a way, their strength could be made their weakness if the 34-time Spanish champions start taking advantage of the half-spaces, overloading the midfield.

According to this season’s statistics, Barcelona midfielder Sergio Busquets has two assists whereas Thomas Müller is taking the lead here by having 20 assists so far. Talking about passes leading to a shot on goal, Müller is again leaving Busquets behind with 38 key passes while the former has 11 passes in his plate. While Sergio created 13 chances, Müller is winning the race by creating 58 chances in this season. When it comes to goals, the Spanish midfielder scored two goals and recorded four shots on goals. Whereas, the German professional is once again ahead there with 8 goals and 19 shots on target.

It is obvious, though, that the positions and roles of Busquets, a single pivot, and Thomas Müller, a Raumdeuter or space interpreter, are completely different. Their stats are very distinct, and it is normal and incomparable. What is clear, though, is that Sergio and Müller will face each other frequently throughout the match as it will be a duel that could define the tie. Bayern’s number 25 will look to occupy the spaces behind Busquets and in front of Barça’s centre-backs, while Sergio will be in charge of minimising those gaps. In a battle for space between two players mostly defined by their spatial awareness, whoever takes control of such position will be closer to coming out victorious.

“I don’t enjoy being classed as a striker. I don’t see myself as one. I like to be active in space in behind the opposition’s midfield. That’s where I can hurt the opponent most of all. I’m a mix between a striker and a midfielder”

Certainly, on the other side, Frenkie de Jong will be facing Thiago Alcântara. Graduated from La Masía, Thiago is considered to be the champion of the German champions’ attacks. Meanwhile, De Jong proved himself as a strong midfielder with his exceptional recent performance on Saturday against Napoli. Records say, Frenkie has two goals and four assists in 41 matches with Barcelona and Thiago has two assists and three goals in 37 games for Die Roten.

Müller is, undoubtedly considered to be a key component when he plays centrally for Bavarians. On the contrary, Barcelona has a good press-resistant midfield duo in the form of Sergio Busquets and Frenkie de Jong. Without De Jong, Busquets won’t be able to handle the German midfielders. In an ideal situation, if the Barça midfielders overcome Bayern’s first line of defence, this will create an edge for them since Lionel Messi will be there to receive and show the magic. However, to avoid that, Hansi Flick’s men will be playing a very important role here to take hold of the opponents. While Thiago may be marking Messi, Müller will need to disconnect the midfield by taking over Barcelona’s tandem and pressing them.

Perhaps Müller can appear around the deepest-lying midfielder of Quique Setién’s duo. Chances are that with his passion and devotion he might limit the influence of the culés by making them lose possession there.

Besides both Marc-André ter Stegen and Manuel Neuer being world-class goalkeepers, last year their rivalry turned bitter in a tussle to become Germany’s number one. Thirty-four-year-old Neuer is considered to be one of the best keepers of this era. On the contrary, twenty-eight-year-old Ter Stegen is often said to be “Lionel Messi with gloves on”.

Lately, this battle of becoming Die Mannschaft‘s number one came to a rest only to get fuelled ahead of the Barça vs Bayern clash in the Champions League quarter-finals this season. This will be an interesting sight. As per the figures of the current season of the European competition, Barcelona’s number 1 conceded five goals in seven games, keeping two clean sheets. By contrast, in eight games, Manuel Neuer conceded six goals and kept four clean sheets.

“Germany is fortunate to have this pair of goalkeepers, although Neuer is truly world-class and Ter Stegen is still on his way to that level”

On the line, Ter Stegen has set some fabulous stats in the current Champions League season by saving 82.1 percent of shots whereas Neuer had a 75 percentage. When it comes to the foot, playmaker Neuer has registered an average of 41 passes per game, leaving behind Ter Stegen’s 28 passes per 90 minutes.

“Which coach isn’t going to play his best players out on the pitch? I don’t have any doubts I’m the best, even if I’m not 17 anymore”

Both goalkeepers give each other neck-to-neck competition. Nonetheless, Friday’s night may be decisive to obtain a long-awaited answer: who of these two is the best German goalkeeper?

Messi vs the Bavarians

The enthralling encounter on Friday might bring flashbacks of the Barcelona star who was all fired up to win the 2014 World Cup. The situation is pretty much the same for this match as well: one match, neutral ground and no lead for anyone. While the German champions have a well-built team, with determination and will to win this battle, their greatest fear might give advantage to the culés: Lionel Andrés Messi Cuccittini.

Bayern are unbeaten in the last 27 competitive matches during the year 2020 –– making a notable record for the Germans by winning each of the last eighteen games. Interesting, yes? But this impressive figure can be taken with a small pinch of salt given that the Bavarians are yet to face the Argentine in this run of form.

Although facts say that Bayern are favourites to dominate this game and it is not justified to say that the alien magic alone will be enough to help Barcelona reach the semi-finals, the blaugranas will never give up on their hope of Lionel Messi taking the whole pressure on his shoulders and winning the game single-handedly against Flick’s eleven.