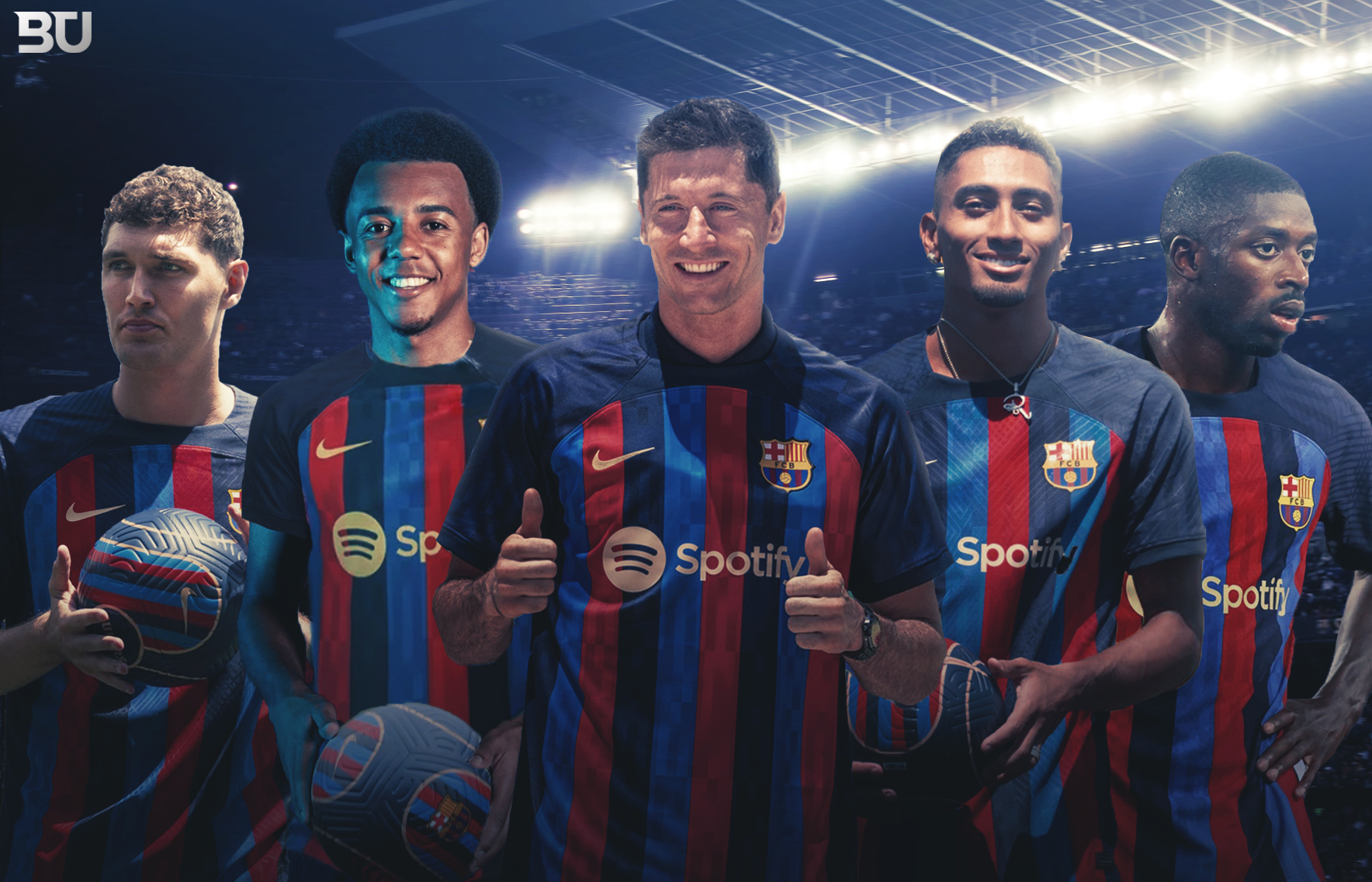 Barcelona are faced with quite a quandary on their hands ahead of their first La Liga game of the new season against Rayo Vallecano later this week.

The Catalans begin their 2022/23 campaign with a home fixture against Andoni Iraola’s side on Saturday night. Heading into the contest, all the focus is on the club’s player registration issues instead of their final preparations for the season opener.

With the match just over a day away, Barcelona are yet to register any of their new signings or the two players who signed new contract renewals with the club.

Efforts are being made by the club officials to address and resolve the issue at the earliest possible. However, as per reports, the Blaugrana might, at best, be able to register four or five players before Saturday’s clash.

And Barça Universal assesses which four among the seven players should the Catalans register on a priority basis ahead of the clash against Rayo Vallecano.

Lewandowski is a no-brainer

The biggest signing made by Barcelona this summer and arguably one of the biggest transfers so far this window saw Robert Lewandowski arrive at Camp Nou from Bayern Munich in a deal worth €50 million, including variables.

One of the best strikers in the game, the 33-year-old plundered 50 goals in the last season and showcased his quality with a goal and a couple of assists during the Joan Gamper Trophy clash against Pumas at Camp Nou this past weekend.

Given what he brings to the table, Lewandowski’s registration should take utmost priority for Barcelona as they aim for a winning start to their La Liga campaign.

With the same thought in mind, it also becomes nearly impossible for the Catalans to ignore Ousmane Dembele and Raphinha. The former has been Barça’s best player in 2022 and has showcased great goalscoring form in the pre-season.

Raphinha, meanwhile, has already shown signs of adapting well to his new surroundings and performed admirably in the pre-season fixtures, even scoring a goal in the El Clasico against Real Madrid.

So, the attacking trio of Lewandowski, Dembele and Raphinha should take precedence for registration, with the trident very much likely to form the first-choice frontline for Xavi this season.

Franck Kessie arrived at Camp Nou on a free transfer after his contract with AC Milan expired in June. The Ivorian has been brought in to provide a different flavour to the midfield department at Camp Nou, with his aggressive, robust style of play.

Kessie has shown glimpses of his quality in pre-season and can be a valuable addition to the squad at Camp Nou. However, at the moment, heading into the season opener against Rayo Vallecano, Barcelona can make do without the ex-AC Milan star as they already have a plethora of options in midfield.

Indeed, in Pedri, Gavi, Miralem Pjanic, Sergio Busquets and Frenkie de Jong, Barça have their bases covered in midfield and can hold off on registering Kessie after the first game, once they are in a better position.

While Sergi Roberto is yet to be registered as well, the club can afford to wait before going through with his registration as they have Sergino Dest and Ronald Araujo as options at right-back.

So, in case they can only register four players before the Rayo clash, the final spot would be a toss-up between two centre-backs in Andreas Christensen and Jules Kounde.

It will be a tricky call, considering Kounde has not played much during pre-season with Barcelona. But, on the other hand, Christensen, who was regularly involved in the friendlies, missed the Joan Gamper Trophy clash with a cervical injury.

It might make sense for the Blaugrana to hold the Danish star back and allow him to recover completely before easing him into action. To that end, Barcelona should allot the final registration slot to Kounde, if they can only register four players before the season opener.