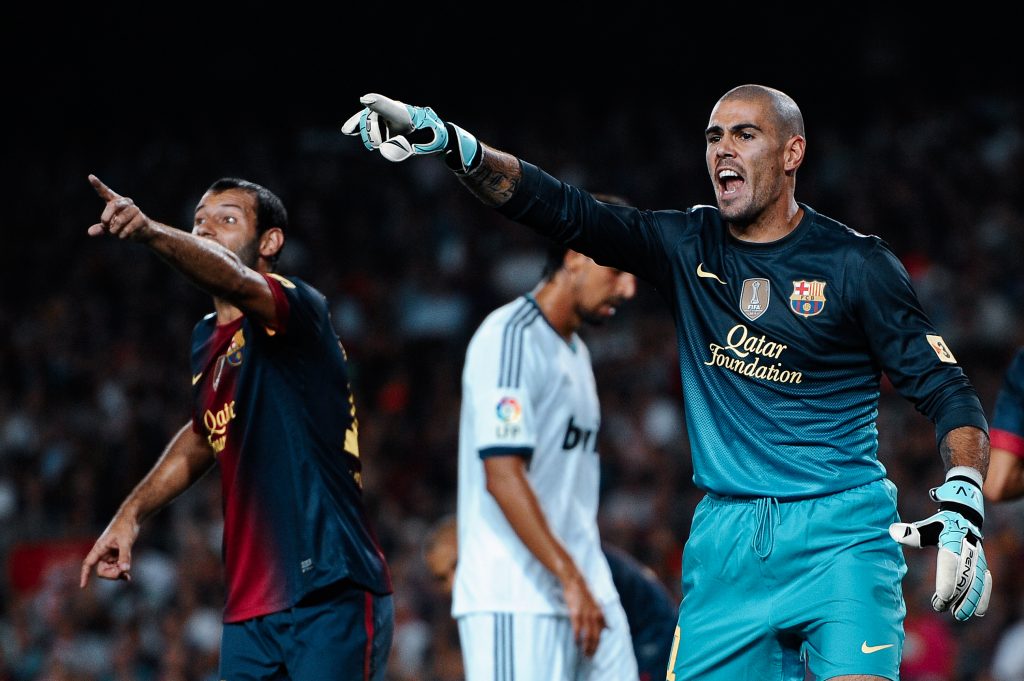 An underrated position nowadays, but full of heroes nonetheless. Over the years, Barcelona has been lucky to have great talent under the 3 sticks. Let’s analyse the best Barça goalkeepers in the club’s history.

The goalkeeper position has always been one of the most important in this sport and one of the most underrated too. This is because it can be really controversial among fans. A goalkeeper can do everything well during a season, but a game, or some mistake, can cost these players a reputation. In the same way, a great performance can be enough to consider a goalkeeper as a hero and remember him forever for that save that gave the club a title. Fortunately, at Barcelona there have been highly talented goalkeepers, it hasn’t always been like that, but the vast majority of seasons culés had a brilliant keeper at their disposal. Let’s review the most memorable of them.

Ramallets played more than 500 games with the club in the 14 years he dressed as a blaugrana. Ramallets’ time as a starter also corresponded to a golden age for the Catalans, in which they achieved a multitude of titles. The Cinco Copas (1951–53) and the spell of Helenio Herrera as a coach (1958–60) were to triumphant periods for Barcelona. In addition, Ramallets has the absolute record, along with Víctor Valdés, of Zamora trophies achieved, with a total of five.

Antoni Ramallets, the cat of Maracanã | Photo by Imago

Antoni was a fast goalkeeper, agile and, above all, very clever. He had much more intelligent tactically than what was customary to see in players in this position. But, without a doubt, his best feature was that he could keep his concentration under pressure. He became known as one of the best in the world when he participated in the 1950 World Cup, held in Brazil. It was then that he was baptized with the nicknames El Gato de Maracanã and O guapo goleiro.

Just like any goalkeeper, Ramallets had a mistake that unfortunately led to his retirement. In 1961 Barça played its first final of the European Cup, today known as the Champions League. The azulgranas played against Benfica and lost by 3–2 after a game full of missed chances by the Spanish giants and in which Ramallets scored an own goal. However, he is still considered one of, if not the, best in the club’s history.

After Ramallets retired, the club and fans were concerned that they wouldn’t find a quality successor like their former goalkeeper. Luckily, Salvador Sadurní was the man in charge of keeping the team’s 3 sticks safe. He spent 15 years at the club and, since its beginnings, he earned the trust of fans, as well their affection. He didn’t win as many trophies as his predecessor, but was the hero of the Spanish Cup win in 1968. That final against Real Madrid is known as the Final of the Bottles, with the atmosphere very hostile at the Santiago Bernabéu.

Sadurní’s best years as a professional were in his last years as a Barcelona player, where he was contemporary with Cruyff. Between 1973 – the year in which Johan arrived – and 1975, Salvador participated in the mythical 5–0 over Real Madrid, won a league in that period, as well as two Zamora awards in two consecutive seasons for being the goalkeeper with least conceded goals. In total, he won 3 Zamora trophies.

Tactically, his composure allowed him to maintain a great level consistently. He made saves with a high level of difficulty in a truly calm way. In addition, he possessed a good positioning, reflexes, intuition, and security.

He was the goalkeeper of Johan Cruyff’s famous Dream Team. Zubizarreta defended the Barça shirt for 8 years, becoming one of the best goalkeepers of his time. In spite of his undeniable talent, in what he stood out the most was his leadership. Andoni, on and off the field, proved to be a loyal man and a leader who motivated the rest of the team. He kept the group confident and encouraged his colleagues to do the same. Everything that he did was for the collective’s good, as he never cared for flattery and always preferred global success.

In terms of individual awards, Zubi only enjoyed one Zamora award. However, he was the protagonist and one of the reasons why Barcelona managed to win 4 consecutive leagues in the early 90s. In addition, the great performances he had in the club’s first European Cup title in 1992 were memorable, making him one of the best goalkeepers to play for the club.

In spite of being a fairly traditional keeper, Zubizarreta had to adapt to Cruyff’s revolutionary demands on the keepers’ footwork | Photo by Ferdi Hartung via Imago

Unfortunately, the last season of Zubizarreta with the club didn’t have a happy ending or a farewell worthy of a legend of this caliber. After making a masterful season in the 1993/94 and being characterised by the calm he transmitted, he made a mistake when the team needed him most. It was in the Champions League final in 1994 against AC Milan, in which the Italians won by 4–0. Fans attacked and criticised Zubizarreta for the huge errors he made, and it was one of the reasons why Zubi departed. Nonetheless, today we recognise him for his legacy at the club and not for that tragic night.

Here we have a more recent goalkeeper and, above all, better known by the culés. Víctor Valdés. The Spanish goalkeeper was a combination of quality and leadership, something that made him very special. It is true that he had the best defence in the history of Barcelona, with the likes of Puyol, Piqué, Alves, Abidal and Mascherano in front of him. But Valdés’ work is much more than about the protectors he had. When the defensive line had a bad night, Víctor was the hero of those matches with his incredible performances.

As Ramallets, he won 5 Zamoras. In addition, he won 6 leagues and 3 Champions League, making him the most successful goalkeeper in the history of the club. Moreover, Valdés had some brilliant skills: always well-positioned, a successful communication with teammates, agility, security, and an excellent 1v1. Over criticised for his errors, the number 1 still was a monster. The hero of the 2006 Champions League final, and of 2009 too. Without a doubt one of the most underrated players ever for the azulgranas. Unfortunately, Valdés had to leave the club in 2014 due to a knee injury that practically ended his career at Barcelona as he was nearing his retirement. He continued playing a few more years in Belgium and England, but he will always be remembered as a Barça legend.

Marc-André ter Stegen stands out for his professionalism. In his first two years, he accepted a minor role and was patient in achieving the much-deserved starting spot. Almost without question, he is the most talented goalkeeper of all the aforementioned. Perfect in one-on-one situations and with commendable flexibility, he can stop difficult shots thanks to his excellent arm stretch, good reflexes and positioning. It’s in part thanks to him that Barcelona has won the last leagues.

While Ter Stegen does not yet have the longevity of Valdés and Ramallets, it may not take him long to join or even surpass them | Photo by Imago

In his first year, without much experience and at an early age he was a starter during the Champions League campaign. Ter Stegen was key in winning that competition. Safety and cold blood in all the knock-out stages of the tournament, like against Bayern Munich. From that moment, he did something that every player has trouble achieving: earning the trust and love of the reluctant Barcelona’s fans. Perhaps he has not won as many titles as Valdés, who is considered the best goalkeeper in Barça’s history. Nevertheless, with the champions mentality that German Wall has, it is sure that he will win many more important titles as a culé. He’s 28 years old and still has some good years ahead as a professional. Only the titles are missing to get that crown that Valdés has.

• What does the future of Luis Suárez hold?