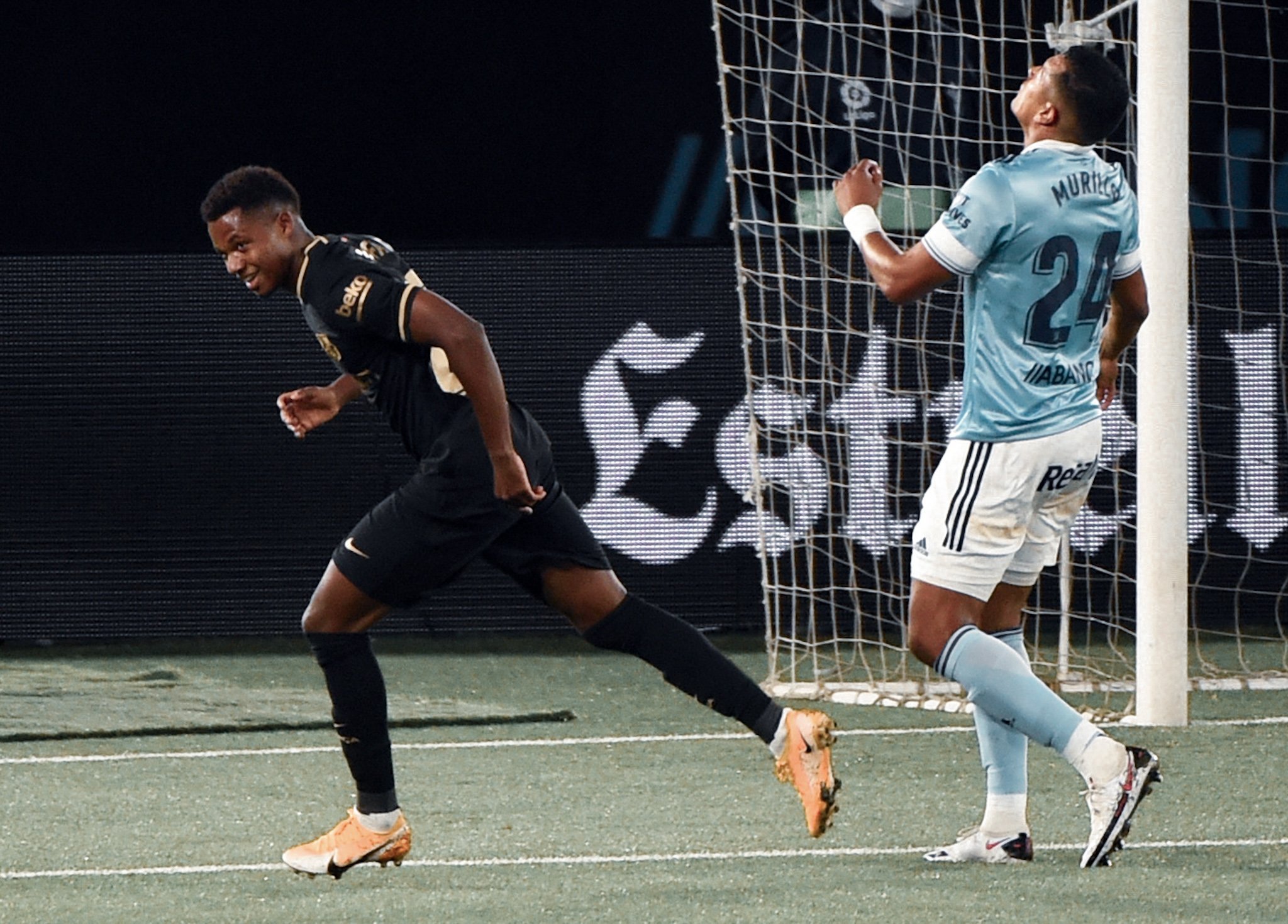 The Golden Boy award that boasts of the likes of Lionel Messi, Wayne Rooney, Sergio Aguero and Kylian Mbappe as winners, goes on growing in stature year after year. Since its introduction by Italian outlet Tuttosport in 2003, it has gone on to become one of the most awaited awards of the year. The coveted trophy attempts to crown the best under-21 player of the year, thereby recognising upcoming talents. Joao Felix and Matthijs de Ligt are the previous two winners of the Golden Boy award, with one of our own, Ansu Fati, among players who will try to clinch it.

This year’s race started in mid-June when Tuttosport released the 100 players shortlist. The announcement naturally created a lot of noise with 23 players from the Premier League making the cut. FC Barcelona had indigent representation, with only teenage sensation Fati and loanee Juan Miranda featuring.

Four months after the centurion list, the table of the top 20 contenders is finally out. Incidentally, Barcelona continues to have 2 starlets names on the list in the form of aforementioned Ansu Fati, who has made the cut, and new signing Sergiño Dest. The shortlist features some of Europes finest pedigree with the like of Jadon Sancho, Erling Haaland, Eduardo Camavinga, Alphonso Davies, and Rodrygo headlining it. This year’s title seems to be fiercer than ever.

The shortlist for the 2020 Golden Boy award ✨ pic.twitter.com/tTogku2pfz

At the time of his nomination in the top 20 for the Golden Boy last season, Fati was just getting started. He had less than 200 minutes of top-flight football under his belt. Understandably, the addition of his name in the final shortlist created a lot of unrest. This year, however, he enters the race as an entirely different phenomenon.

Unlike last year, Fati’s inclusion this term is no longer a surprise. His exploits in the last season have earned him a direct promotion to the first team, finishing the 2019-20 season with eight goals and an assist in 33 appearances.

This season, however, the story has flipped. Initially used as a substitute to cover for the injured Ousmane Dembele, he has gone on to displace the Frenchman from the starting spot altogether. Under Ronald Koeman, he has become a bonafide starter for the Catalans, featuring in all the 3 clashes so far. With 3 goals in 3 games and a penalty won, he has been the Blaugrana’s biggest attacking threat, also clinching the La Liga Player of the Month for September.

While it is undoubtedly the dream of every Cule to see Fati be crowned the Golden Boy of 2020, its chances are very slim. The rules of probability dictate that the chance can never be zero; however, this season’s title does not seem to be the one for the Spaniard. Nevertheless, it is not because what he has achieved can be belittled, but because other clear favourites have had not just decorated seasons but also spectacular numbers to speak for them. Undoubtedly, more minutes provided help build a stronger case, which is why Alphonso Davies, Erling Haaland, and Jadon Sancho have a better stronghold on the award.

Where does he rank among the favourites?

Alphonso Davies has emerged as one of the worlds top young prospects in the last season. At the young age of 19, he already boasts of two Bundesliga titles and a UEFA Champions League trophy to his name, not to mention the domestic cup and the UEFA Supercup. Since his move from the Vancouver Whitecaps, the youngster has excelled at the left-back role for the German champions.

By revitalizing the left flank with his incredible pace and immaculate recovery, he has been crucial to Hans Dieter-Flick’s rebuild. Not to mention the incredible three goals and ten assists for a Bayern side that went on to win it all is certainly enough to make him one of, if not the favourite for the title.

Alphonso Davies’ breakout campaign makes him a favourite for the award. (Photo by Alexander Hassenstein/Getty Images)

Also, gunning for the top spot are Borrusia Dortmund’s young gems, Jadon Sancho and Erling Haaland. With 20 goals and an equal number of assists in the 2019-20 season, Sancho once again proved why he is one of the highest-rated youngster in the world. He only tightens his grip with statistics like 2.2 key passes per game and 19 big chances created.

His team-mate Erling Halaand too has been on fire for Dortmund, since his move in January this year. The 20-year-old wonder kid wound up the last season with 44 goals and ten assists, setting two different leagues ablaze. Over a year, he has proved to be one of the most reliable in front of goal, with an unparalleled killer instinct. Not to mention the Norweignan seems to feel absolutely no pressure on or off the pitch – an attribute that goes a long way.

When the bar is set so high, it would be unrealistic to expect Ansu Fati to get close to a top 3 finish. However, one must remember that the young gun has just begun. At the raw age of 17, he is competing with the likes of players who are the fulcrums of their respective teams. Surely, the only way forward for him is to soar higher. For this term, however, the award is indeed out of reach. Nevertheless, Fati is still eligible to win the award for three more years, and if he continues the way he has begun, the Golden Boy can only be the start of a possibly illustrious career.