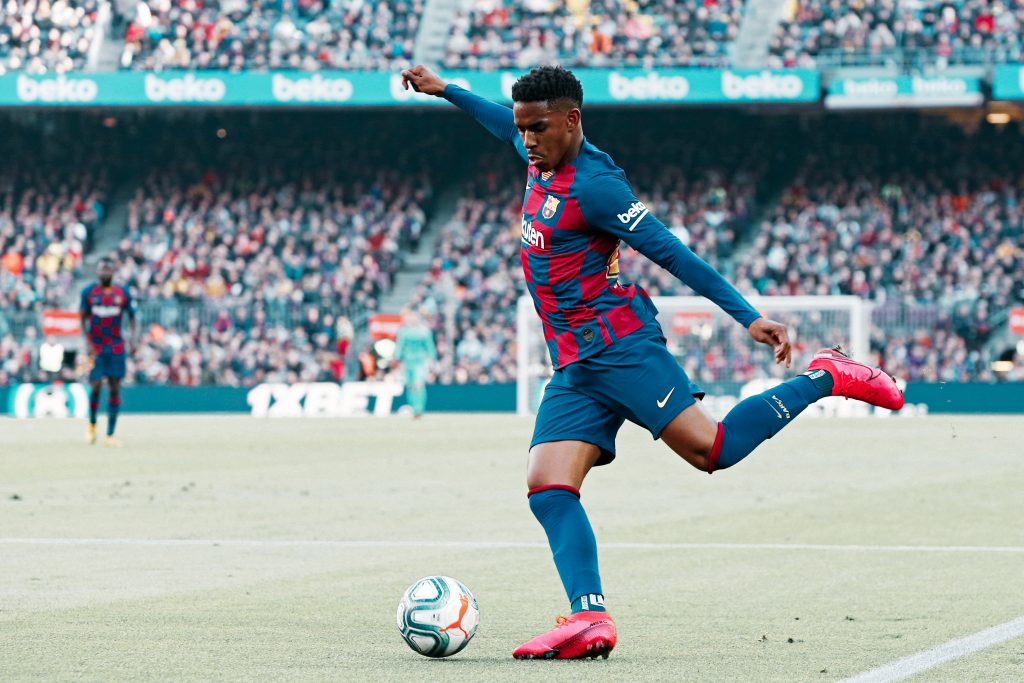 For Tuesday’s second post-pandemic game, which line-up should Barcelona and Quique Setién choose to host Leganés?

After Barça’s triumphant 0–4 victory over RCD Mallorca on Saturday, the Catalans now head into matchday 29 hosting CD Leganés at the Camp Nou. Despite being away from action for nearly 100 days, the blaugranas looked in good rhythm and presented their football with conviction and self-belief at Son Moix. The players were quick to shake off the rust and would be aiming to continue their well-established form against Javier Aguirre’s side. The following line-up could help Barcelona ease their way past Los Pepineros:

Marc-André ter Stegen maintained a solid clean sheet on his return back to football as he denied several shots at goal, and even played a crucial role by often chipping in as a third centre-back during build-up plays. The German looked in good knick and will certainly be hoping to resume his fine form.

With Barça’s lack of options at the centre-back position, Gerard Piqué seems to be a strong contender to start. Along with maintaining a solid partnership with Ronald Araújo, the 33-year-old looked fresh and sharp against Mallorca. If Barça desire to continue clinching clean sheets, Piqué’s incorporation would be highly quintessential.

Although Clément Lenglet has served his suspension and is all set to start, given the fact that Ronald Araújo was arguably Barça’s best defender a couple of nights ago it would be wise giving him the opportunity to build on his foundation and continue constructing his flow. The Uruguayan centre-back has already familiarised himself with the new football environment, while Lenglet would obviously require time adjusting himself. Nonetheless, considering Barça face Sevilla in a few days, Setién might choose to give his more experienced defender minutes.

Sergi Roberto was a sight for sore eyes on the right flank as he burst forward with incredible efficiency and was fruitful in attack. While Nélson Semedo would be looking forward to starting the game, Sergi’s display at Son Moix could earn him another chance to be featured in the starting XI.

Jordi Alba was one of Barcelona’s best performers against Mallorca, assisting one and scoring another. Unfortunately, he picked up a yellow card, which will rule him out of tomorrow’s game. Considering Barça’s only option is to now play Alba’s current replacement, Junior Firpo, the former Betis man would be anxious to redeem himself after a fairly mediocre start at his new club.

With Jordi Alba suspended, Junior Firpo will be getting a start in the return to the Camp Nou | Photo by Imago

Sergio Busquets did not complete the entire 90 minutes in his last encounter as he was given rest to recoup and recover for the upcoming schedule. Therefore, the likelihood of him featuring against Leganés is undoubtedly high. The azulgranas will need him to be at his very best in the near future since his services from the base of the midfield allow the team to flourish.

Frenkie de Jong was instrumental in the leaders’ win over Mallorca and will be prepared to pursue his rhythm. Even so, since he might be needed at full fitness against Sevilla, the Dutchman could be rested in tomorrow’s clash.

Starting against a 19th-placed Leganés side would not only allow Arthur to regain his flow, but would also help Barça be a lot more imposing in midfield. Despite Arturo Vidal’s valiant performance a couple of days ago, there is no denying that the Brazilian’s influence in midfield and handling possession is unmatched.

Although some would consider resting Lionel Messi, the Argentine seemed to be in good shape after registering one goal and two assists in the weekend. Furthermore, there will always be the possibility of him being subbed off once the game reaches a certain point. Messi’s performance against Mallorca was simply mesmeric, and there’s no assurance whether he will be willing to spare Leganés at the Camp Nou.

Luis Suárez came off the bench against Vincent Moreno’s side as he reappeared from his knee injury in January, and recorded himself an assist as well. Considering Antoine Griezmann had a very silent outing in his first match back, Suárez’s inclusion would make far more sense and his connection with Leo could prove to be pivotal. With that being said, his introduction all depends on his fitness levels, which Setién is yet to reflect on.

❛ Suárez could start tomorrow or he could come off the bench. We must be careful with him because he sustains long-term injuries. I haven’t decided if I will start him tomorrow. I have to talk to him first ❜

Dane forward Martin Braithwaite scored his first goal for Barça against Mallorca and had a genuinely impressive performance. In spite of facing some serious competition in the squad list, Braithwaite seems to be the most worthy player to start tomorrow. Hungry since his arrival, Martin would be facing the team he departed in February.