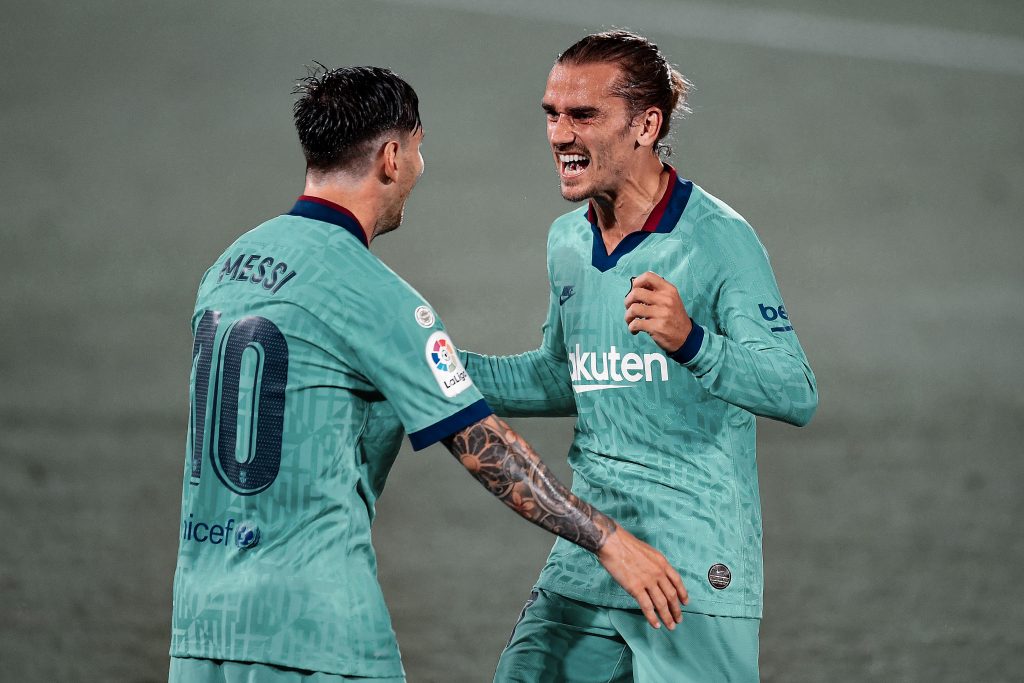 Barça prepare to welcome local rivals Espanyol to the Camp Nou for what will be a fiercely fought derby. In a game that could potentially relegate Espanyol, what should the Barcelona line-up be tonight?

Derbies are amongst the most passionate games played in the world of football. It is indeed games like these that form the heart and soul of the sport. The level of emotion, passion and fury these games involve is what gives football meaning. The Derbi Barceloní is no less.

What makes tonight’s match between Barça and Espanyol even more special is that it may be the last Barcelona derby for the foreseeable future. A victory for the blaugranas would see the Blanquiazules effectively relegated and cement their position in the Segunda Division for the next season. Given the gravity of the clash, here is how Barcelona should line up to ensure the three critical points:

The German shot-stopper Marc-André ter Stegen has undoubtedly been the game-changer for Barcelona on multiple occasions. His lightning-quick reflexes often cover up any defensive lapses on the counter. After keeping five consecutive clean sheets, he missed out on the stat for the last three fixtures. With such an important game coming up, he will be more motivated than ever to get back on a fresh streak.

Time and time again, Gerard Piqué is one of the most heavily criticised players for the azulgranas. Despite being unable to keep clean sheets in the last two games, it is impossible to undermine the importance of the Spaniard in the team. He has been largely on point for the Catalans since the restart. Given Samuel Umtiti‘s injury, he will certainly be one of the first names on the team sheet.

After a classy display in Sunday’s 1–4 victory against Villareal, Clément Lenglet will be eager to continue his good run of form. He is cool, calm and collected, yet firm and solid even in the most tricky situations. His partnership with Piqué goes from strength to strength with every passing game. Surely one of the easiest picks for the coach.

Like most of his compatriots, Nélson Semedo has been rejuvenated since the restart. His new role against Villareal saw him venturing more forward than usual and he delivered a solid show. After Sergi Roberto delivered a midfield masterclass against the Yellow Submarine, it seems Semedo will hold on to his starting role.

After racking up another assist in the last match, Jordi Alba continues to impress. After struggling for fitness in the first half of the season, the two-month hiatus did him a world of good. He looks as fit as ever. Junior Firpo missed out on selection owing to a hip injury, which leaves no doubt as to who will start at the left-back.

It has been a long time since Sergio Busquets got some much-deserved rest. But the wait might be extended for another duel till Frenkie de Jong returns. In a formation that is heavily attack-oriented, the magical number 5 provides vital defensive reinforcement while integrating the team as a unit. His genius will certainly be in high demand against a team like Espanyol that plays a low block.

Iván Rakitić has been on the rise since the resumption of football. While posing an attacking threat, the Croatian also wins the ball back swiftly which is an asset. Derbies can be very intense and his experience and defensive solidity could provide the side with a lot of stability.

After being out with injury for a couple of games, Sergi Roberto announced his return to the side in grand fashion. He dropped a stellar performance against Villareal at the left interior role on the weekend. He showed a remarkable connection with Jordi Alba and the front three, thereby contributing to extremely potent attacking openings. Undoubtedly, he deserves a second start to continue what he started.

“[Against Villarreal] Sergi Roberto helped and did things very well”

Lionel Messi has not seen a minute of rest since the resumption of football. At the same time, it doesn’t look like he will want to be rested anytime soon. He continues to break record after record, delivering masterclasses week in and week out. He is one assist away from becoming the first player ever to record 20+ goals and 20+ assists in a single season. Given his impressive form, expect some more records broken in the all-important derby.

The game against the Yellow Submarine was arguably Antoine Griezmann’s best performance in the red and blue Barcelona colours. After 34 long La Liga matches, the Frenchman finally looked cohesive with Lionel Messi and Luis Suárez, showing the world what the MSG trio is capable of. Quique Setién will be looking forward to giving him another chance to replicate his success.

“He [Griezmann] has enough ability to show his level. The other day [against Villarreal] there was a moment of inspiration and the players who played on the inside and the threat on the outside were closely linked”

Luis Suárez has been a curious case. He hasn’t been at full fitness and struggles to make the runs. At the same time, though, he scores absolute screamers. After Setién has seemingly found the solution to maximising the rewards from the MSG spearhead, it would be surprising to see one of them not starting tonight.