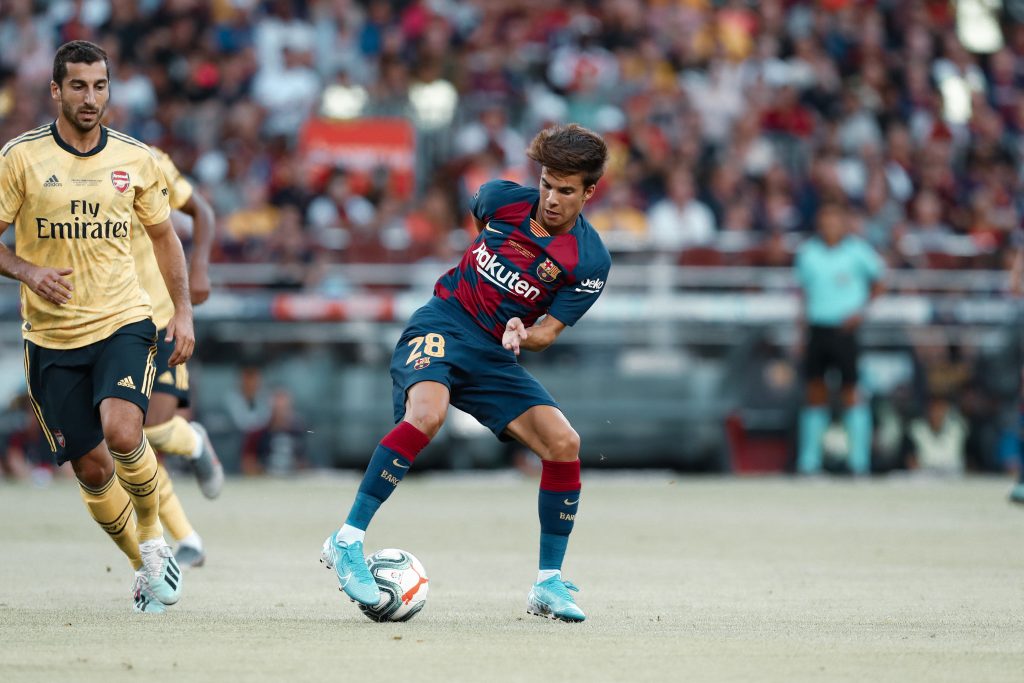 With Barcelona hosting Athletic Club on Tuesday, which line-up should Quique Setién pick for matchday 31 of La Liga?

After two crucial points dropped against Sevilla in the race for the La Liga title, Barcelona need to get back to winning ways on Tuesday against Athletic Club de Bilbao. It will not be easy, though. The Camp Nou will host a tense and high-intensity clash that now is a classic duel in Spanish football’s history. Barça will need to win no matter what this time.

With injuries to Frenkie de Jong and Sergi Roberto, manager Quique Setién will have to continue implementing changes, even if they already missed out the last game. With such absences, the dense schedule and the necessities in mind, what should Barça’s line-up be tomorrow night?

After securing four consecutive clean sheets in a row, Barcelona’s saviour in goal would be anxious to extend this unfamiliar record. Marc-André ter Stegen, for his marvellous services during build-up plays and unequalled flexibility, would be a crucial figure in Quique Setién’s starting XI. Unquestionably, one of the easier picks for the coach.

Gerard Piqué’s inclusion is bound to spark a massive debate. However, with Barcelona’s demanding schedule, there’s isn’t enough room to be able to provide rest to key players. Against a side like Athletic Club, who pose a massive threat aerially, Piqué’s services would be desperately required. In the air and on the ground, Samuel Umtiti and Ronald Araújo simply cannot match Piqué’s presence. Nonetheless, the ideal scenario would be to bring him off after a certain extent of time.

Clément Lenglet has started two out of the three league games so far and is yet to show any signs of fatigue. His partnership with Piqué has been nothing less than sublime. The Frenchman has earned himself some appreciable numbers with his solid performances giving Barça an enormous edge at the back. And, to be able to keep Athletic’s skillful forwards at bay, Lenglet’s inclusion would be decisive.

Nélson Semedo will once again be expected to start after Sergi Roberto was excluded from the 24-man squad list. The Catalan’s injury paved way for Semedo to start the last game and it’s fair to say that he did not disappoint one bit. The Portuguese international was a constant threat during the first half and displayed a commendable performance in defence. He would be looking to continue his fine form.

Jordi Alba’s addition in the line-up seems like another no-brainer with his incredible display against Sevilla helping his side maintain a 0–0 draw, which could have turned out to be worse. Considering he was suspended in the clash against Leganés, the Spaniard seems to be in good shape and will not require time off in tomorrow’s high magnitude fixture.

Rest for the ageing veteran Sergio Busquets is long overdue, but he is one of the few Barcelona players capable of making a positive impact on the field. Carrying plays majestically from the back, he is pivotal to the azulgranas‘ tranquil build-ups. Against a sturdy opposition like Athletic Club, Busi‘s assistance in midfield would be essential.

The inclusion of Riqui Puig would undeniably be a gamble given his age and inexperience, but taking risks like these are necessary at a club like Barcelona. If there’s one missing piece in Setién’s puzzle, it is lack of creativity and verticality on the field. Frenkie de Jong’s loss through injury could be made up for as long as Riqui is given the opportunity to start and express his dynamism on the field. The youngster is component enough to work in tight areas and progress forward.

Quique Setién
on whether Riqui Puig could start against Athletic Club

Before football’s interval, Iván Rakitić was a measly shadow of his former self. But lately, the Croat has brought a resurgence in his form, bringing flexibility and tactical awareness in his gameplay. After a successful outing against Leganés and Sevilla, he would be an influential figure to partner alongside someone as lively and forward thinking as Riqui Puig. The two midfielders would complement each others needs effectively.

Four in four, Lionel Messi has played every single game and every single minute for the Catalans so far. Notwithstanding, resting him on an occasion such as this one could prove to be detrimental for Barcelona. The dependence on him has woefully increased lately and without him on the field, the side is likely to malfunction. Despite the burden on him increasing, he is Barça’s glimmer of hope during this rough schedule.

After an incredibly silent performance from Luis Suárez at the Ramón Sánchez Pizjuán, the Uruguayan has by no means earned the right to start for the second consecutive time. Returning from injury, it was evident that he wasn’t fully fit to be able to complete the full 90 minutes. Antoine Griezmann is also yet to leave a solid mark but, at the very least, he makes up for his inactivity in the final third with his defensive contributions. If Griezmann is able to rediscover his form, he could be an asset in many ways.

Ansu Fati’s electrifying performance against Leganés makes him the ideal contender to start this clash. He not only provides the team with ample width, but is also a clinical striker who spares nobody in goal. The youngster could add flexibility and energy on the left flank, something Barcelona frequently lacked against Sevilla.