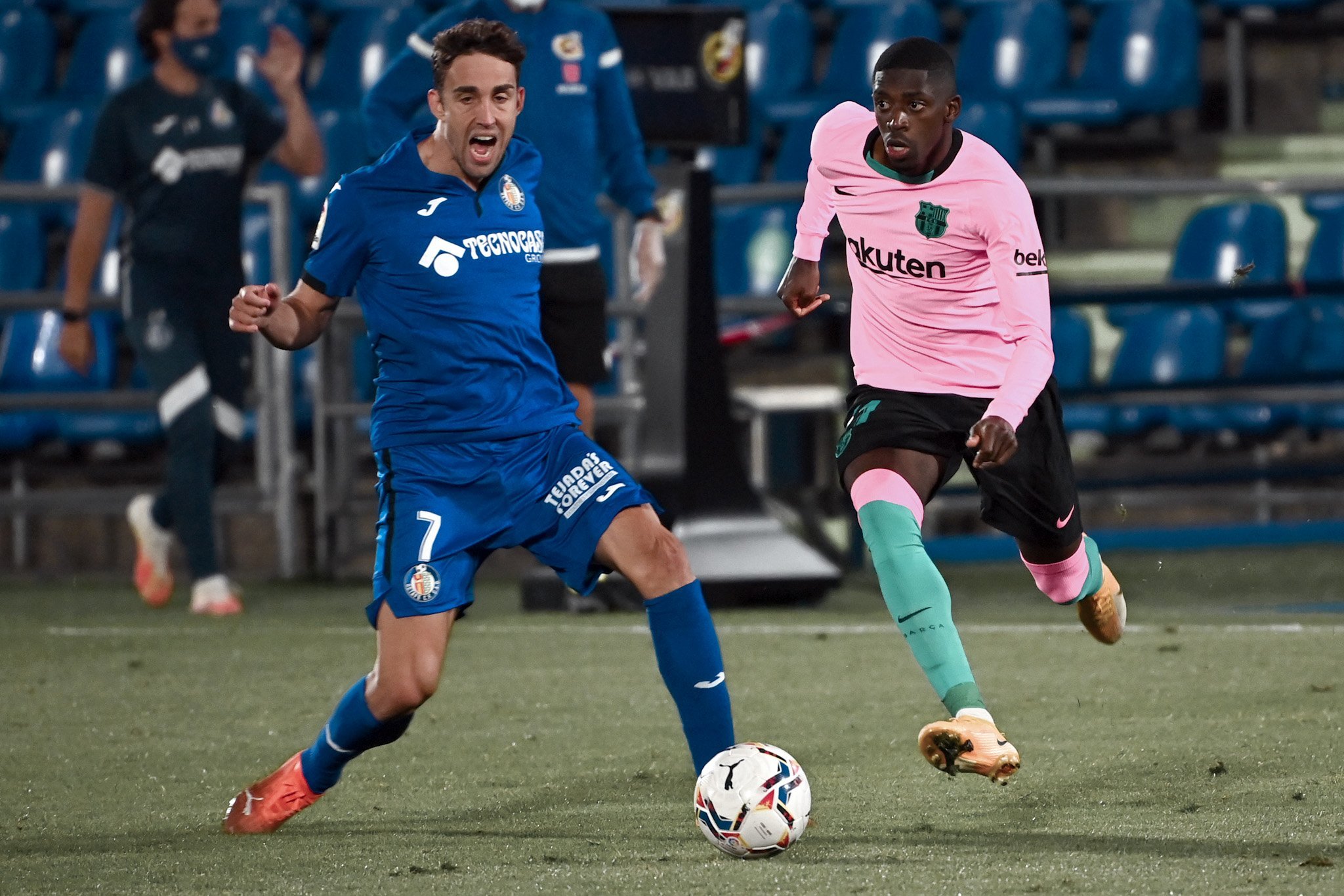 Ronald Koeman had started with the same front four in the first three La Liga games. It worked well as the Catalan side seemed to have found their goal-scoring touch again. However, changes in the line-up against Getafe did not improve the side.

One of the main issues that Barcelona faced under the previous manager, Quique Setién, was a lack of creativity going forward. Setién’s side struggled to unlock several opponents and score goals frequently and were often the victim of a lack of responsibility.

Now, under new management, the system has changed. Barcelona’s front four now play with more width, and there is more advancing up the pitch. There is also much more competition for places on the wings and the attacking midfielder role. However, the issue for the club is the lack of a natural number 9, and this will be the case until at least January.

One of the standout performers in this new system is Philippe Coutinho. He has been reintegrated into the starting eleven, playing in his favoured position. With two assists and a goal, Coutinho is thriving in Barcelona’s front-four.

In contrast, Antoine Griezmann has struggled in the new formation as he finds himself on the right side of the pitch. The Frenchman has not been as involved in matches as he should be. His return to the centre against Getafe as a false 9 did not work out as he probably though it would. Griezmann look uninvolved in the buildup and lacked confidence in front of goal.

“The coach knows where to play me. I take advantage of this situation, this place, the confidence that the coach gives me and my teammates.”

Lionel Messi has played in a free-roaming role, and some of the reliance on him is now being shared across the front four. Ansu Fati has also had a great start to the campaign, playing on the left-wing. The 17-year-old has impressed in his appearances and is proving to be clinical in front of goal, capping off September with a Player of the Month.

There are many benefits to having a settled front four. It builds chemistry between the players and helps them understand each other’s game. Furthermore, it keeps them match fit, as playing consistently is important for any football player. On the other hand, the games against Sevilla and Getafe highlighted that playing fixtures to a tight schedule causes fatigue. There need to be rotations throughout the season to counter this.

What are the other options?

Barcelona have several other options that could be key during the season. Francisco Trincão has looked promising when coming on from the bench. The Portuguese talent offers a lot down the right-hand side and is more suited to that position than Antoine Griezmann. The 20-year-old will likely feature regularly for the Catalan side and could even push for a starting role in the team.

Another option is Ousmane Dembélé. Dembele has hardly featured for the Blaugrana in the last year due to injuries. The Frenchman posses so much natural talent but is rarely able to show it. If he can stay fit, Koeman should give him chances to prove he can be a key addition to this team. Recovering the winger’s form could be a huge boost for the season. His first start of the season did not go well as he could not find his rhythm, but it was all anyone could have expected from the 23-year-old after 325 days.

Three other options that can play centrally are Pedri, Riqui Puig and Carles Aleñá. Pedri was Barça’s bright spot in an underwhelming performance against Getafe, while both Puig and Aleñá have yet to get a fair chance in the first team this season. They should be utilised more as they can add that energy to the team that is sometimes lacking.

“Everyone is working hard and everyone will get opportunities.”

Barcelona’s front four for the season

Overall, Barcelona’s front four have worked well together so far, but there are still parts that need to be improved. Koeman has said that everyone should get game time, so players must take their chances.

One player that will feature in most games will be Messi. La Pulga is still the focal point of the team and adds much more than depth in the form of quality. As the captain, his presence on pitch serves as a boost for others. Even Leo will need to rest, though, especially after travelling for international duty. Other players can fill the role of the six-time Ballon d’Or winner, and these players should be used so Messi can rest.

Coutinho is another that looks like he has won the trust of the manager. His start to the season has been brilliant, and he fits in like a new signing for the club. The Brazilian has cemented his place in the centre of the field and should continue there until need be.

It is the wide areas that are the most contested positions for a starting role. So far, Griezmann has not worked out on the right. With other talented and more natural wingers on the bench, Koeman will have to seriously weigh up his options.

Though Fati has had a fantastic start to the campaign, he is still young and must be managed carefully. It is important to continue to give him regular minutes, but he needs to work hard for time on the pitch. More importantly, it is key to integrate him slowly and not build pressure on him. Dembélé and Trincão should get opportunities to showcase their talents and fight for a starting position.

Koeman, while having both quality and quantity on his bench, needs to manage the squad carefully, especially under a robust schedule. In recent seasons, the core members have grown to be fatigued as the season has gone on due to poor shift in the side, often coming at the cost of trophies. Rotations will be important, and the manager must find the right times to rest key players.