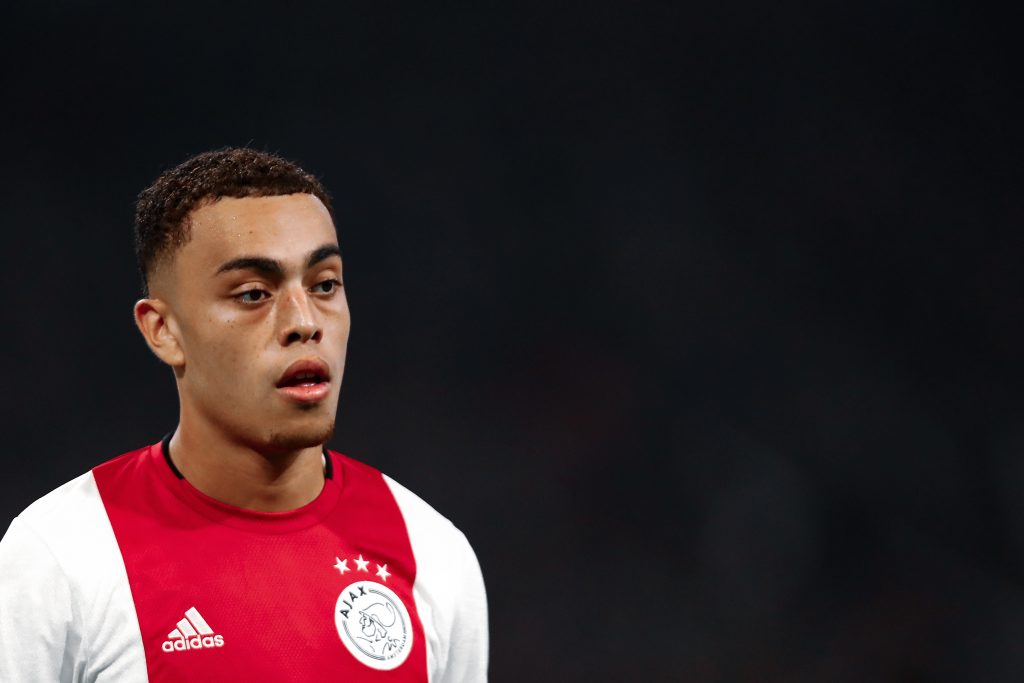 With Barça needing a right-back to fill in the likely departure of Semedo, Ajax’s Sergiño Dest seems an appealing option in terms of cost and potential. But is he ready to have a place in the first team squad?

Anticipate. This may be a key word – and, most importantly, a key action – for all clubs in the post-pandemic market. Thankfully or not, a player’s value is not something stable. It fluctuates. One day it skyrockets, another day it sinks. Performances, age, time or a simple game can change the worth of a footballer, and therefore the attention it attracts. Obviously, getting the best value for money is something every person or institution, inside or outside football, dreams of. But it’s not easy.

In sport, maturity and experience can do a lot to modify someone’s quality. Therefore, it’s when they are in their prime that athletes are most valuable. Yet, while talent must be developed, it can also be spotted. A teenager can have an outstanding raw material, which is just waiting to be taught. As a consequence, youth can be highly profitable, as it has a long trajectory ahead to learn and shape its path. Youngsters often do not cost as much as when they reach the age of 27 or 28, but they already have the potential which is simply looking to be unlocked.

Once a teenager enters into its turning point, it can go from costing a very affordable price to being truly expensive and in-demand within months. As mentioned, with the upcoming financial crisis, anticipation will be crucial for clubs to pay less for a footballer than what they could cost in a few years. If big teams want to save money, they will need to spot those bargains before they have an unaffordable cost.

To the question Is €20 million expensive? there’s only one right answer: it depends. It depends on the needs of the parties involved, it depends on the situation, it depends on the current quality as well as the age and ceiling of the player. Many factors come into play to determine whether a price is worth paying or not. Apparently not many will be interested in paying €20 million for a proven midfielder like Iván Rakitić who has won everything at club level, yet €20m could instead turn out to be a bargain for someone that has only registered 20 appearances in the top flight in Sergiño Dest.

❛ He’s almost one of those Brazilian outside-backs who can hurt you, because, at times, they’re almost like a number 10 – they have that kind of skill. His strength is his unpredictability when he attacks ❜

Tab Ramos
US U20 head coach

If Ajax’s Dest lives up to his full potential, it is undeniable that €20 million will indeed be a bargain. A precocious talent at only 19 years of age, Erik ten Hag instantly fell in love with him when he took him to the first team preseason despite having been expected to spend an extra year with the reserves. The Dutch-born American international has even been preferred over Mazraoui at right-back for fixtures as crucial as against Chelsea or Valencia. In spite of his small stature, Sergiño’s personality is enormous. He’s unafraid, regardless of the age and physique of his opponents, and has the ability and expertise to thrive in tight spaces when pressed.

A privileged technique to dribble and pass, he feels extremely comfortable with the ball at his feet. Agile and extremely imaginative, he is as offensive as a winger but does have the imagination to come inside of an attacking midfielder too. His boldness, confidence, skill and playmaking qualities make him fit perfectly into the mould of the modern full-back. There are certainly things he needs to improve, no doubt. Particularly in defence, where he leaves many spaces behind and isn’t the most reliable marker. Nevertheless, again, he’s only 19 years old and has more than enough time to polish his mistakes.

❛ Ninety-nine out of 100 times he pulls it off. And we don’t want to take that out of his game; I think that’s what sets him apart ❜

But the timing is important too. No one wants to rush a gem, nor be too late in catching him. Finding the optimal time can be decisive. The best way in which Dest can work on his weaknesses is with minutes. And the ones who can guarantee him that right now are Ajax. Not Barça. Admittedly, it may be too soon for Sergiño to make the leap to a giant like Barcelona or Bayern. He would have to take up too many responsibilities, pressure could hinder his development, and a potential lack of minutes could be harmful as well. Improving and reducing his errors could best be achieved with playtime week in, week out in the Eredivisie, added to the European competitions too.

But then, sometimes processes can be accelerated by desperate necessity. With Semedo on his way out, Barça will strongly need a right-back. Preferably, a young one, as well as one that has the right profile and skillset to challenge Sergi Roberto for the starting spot. Sergiño Dest undoubtedly has the potential and tools, but possibly is not prepared to be a starter at a club like Barcelona yet. Maybe as a back-up he could do, but he would need to be given enough minutes anyway.

Sergiño Dest has already attracted interest from Barça and Bayern, and many more may join the list if the blaugranas keep waiting | Photo by Maurice van Steen via Imago

In any case, despite his flaws, €20 or even 30 million seems too cheap to let go Dest considering what he could become one day. The risk will be much lower than if they wait for longer until he costs more and more sides are interested. Purchasing him now seems the best option, even economically. However, then factors such as Semedo’s departure and Sergiño’s performance in a potential preseason in the summer could be decisive to judge whether Barça should keep him permanently or send him out on loan. Who knows: maybe, like Ten Hag in 2019, Quique Setién becomes impressed by Dest if he sees him in action with the big boys in preseason.