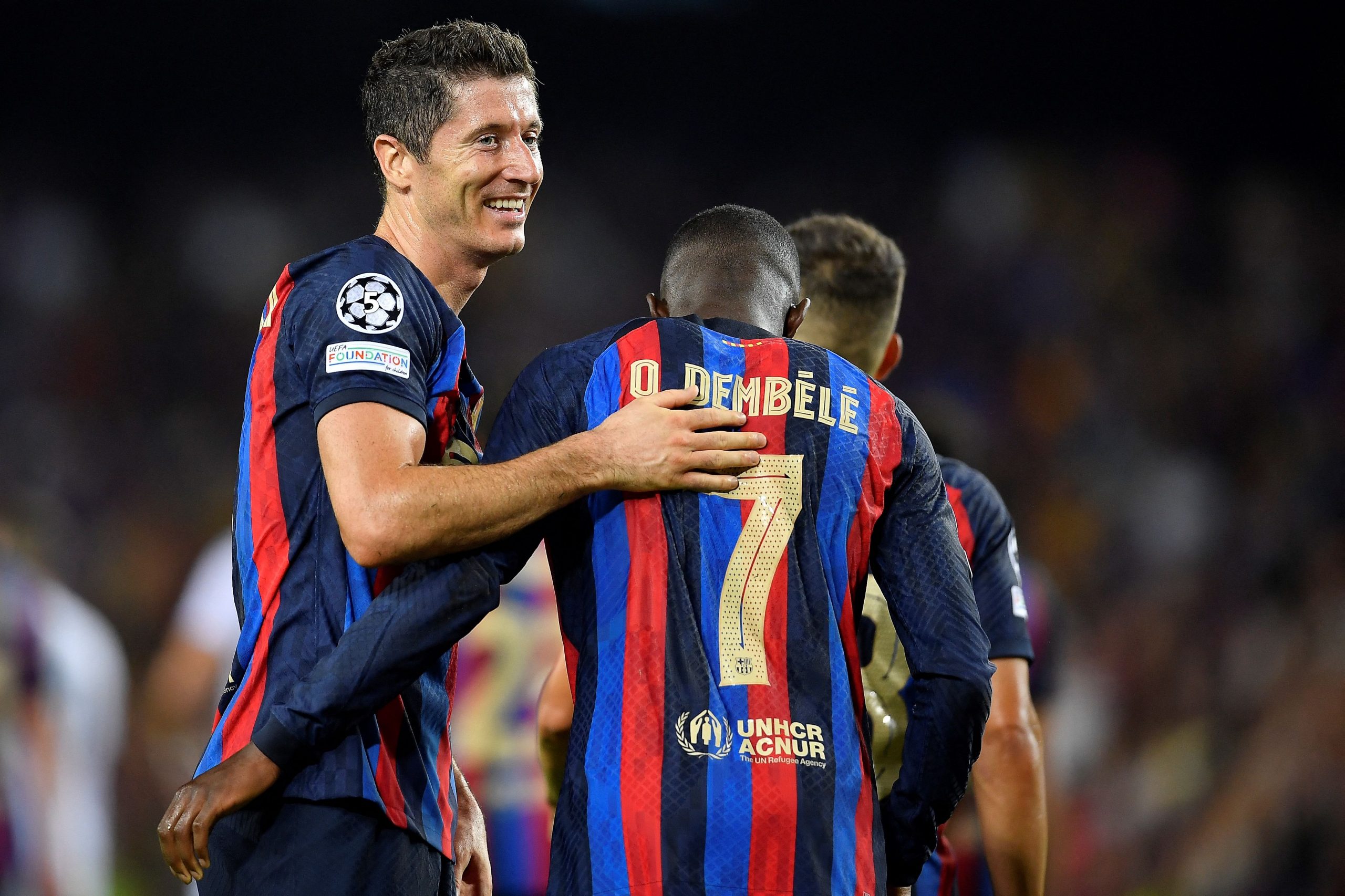 The recent 5-1 trumping of Viktoria Plzen in the UEFA Champions League opener was another indicator of Barcelona’s growing strength, especially in the backdrop of an excellent summer transfer window that saw them sign no less than eight top-quality players.

More importantly, the club were able to offload the unwanted stars, with players such as Philippe Coutinho, Samuel Umtiti, Martin Braithwaite and Miralem Pjanic, among many others, leaving the club for good.

It has resulted in a lot more compact and a stronger unit that is capable of taking on the best in Europe. But at the same time, the Barcelona team also has a great amount of depth, which is now causing a selection dilemma for coach Xavi Hernandez.

Here, at Barça Universal, we will take a look at the strongest possible Barcelona team for the 2022/23 season.

Marc-Andre ter Stegen is a no-brainer in goal, even though Barcelona have a new alternative in the form of the highly talented Inaki Pena.

Ter Stegen has been in brilliant form since the start of the season, with Statsbomb rating him as the best performing goalkeeper in La Liga so far. The German has racked up a save percentage of 92%, saving 12 of the 13 shots he has faced thus far.

Moving into the back four, Ronald Araujo and Jules Kounde appear to be the best possible central defensive combination for Barcelona.

The influential Gerard Pique has struggled with injuries throughout the year and is not a reliable option at centre-back, partly due to his age. Eric Garcia has been in good form lately, but the Spaniard can be error-prone, especially in high-octane clashes.

As for Andreas Christensen, he has the ability to read the game quite well. But from a tactical perspective, the presence of Araujo makes much more sense on the right hand side of the defence.

The Uruguayan international offers the aggression and physicality that chimes in well with the technicality of Jules Kounde. The two end up offering a higher degree of flexibility and variety, especially in Barcelona’s build-up play.

Elsewhere in defence, Hector Bellerin should be the first-choice option at right-back, while Alejandro Balde should be preferred to Jordi Alba and Marcos Alonso, on the opposite flank.

Although Barcelona have Sergi Roberto, Kounde, and even Araujo as options in the right-back positon, it is apparent coach Xavi wants his fullbacks to offer some substance going forward and move up and down the flanks.

That is where Bellerin could be much more effective. Although the former Arsenal star has lost a part of his pace, he is still an effective runner and has a higher degree of experience at the top level.

Balde, on the other hand, may lack the experience. But he can make up for it with his pace and ability to make those marauding runs going forward.

Besides, with Alba and Alonso both entering the final phase of their respective careers, it is about time Barça fast-track the development of an young individual like Balde.

Barcelona have a slew of options in the midfield department as well, especially after the arrival of Franck Kessie, coupled with the presence of Frenkie de Jong.

However, two players that are mainstays in this Barça midfield are Sergio Busquets and Pedri. Although they offer a contrasting set of skills, they are both paramount to Xavi’s unit.

Busquets, in the number six role, provides the composure, experience and the leadership imperative for Barça to control the tempo of the game.

As for Pedri, he is a crucial chance creator in the middle of the park and his ability to drift past opposition often comes in handy in navigating through the half spaces.

Pedri is equally capable of threading those through passes for the runners or even find diagonal balls to switch the play. But as for his partner, Gavi likely to gets the nod ahead of Kessie, and de Jong.

The youngster has proven to be a reliable first-choice player for Barcelona this past year. He has an excellent ability to operate in tight areas, and rotate possession quickly. He can be utilised as a third man runner as well, while his aggression makes him a better defensive outlet than someone like de Jong.

Kessie has just joined the club and will likely be a part of the rotations for a while. But due to his experience, work-ethic and ability to operate as a third-man manner, he is an excellent option to have for coach Xavi in midfield.

Moving into the attacking setup, Robert Lewandowski is the undisputed leader of the pack in the Barcelona frontline, ahead of Memphis Depay.

But things get interesting in the wider offensive roles, with Ferran Torres, Ousmane Dembele, Ansu Fati and Raphinha fighting for two available spots.

On the right flank, Dembele appears to be a no-brainer, ahead of even Raphinha. The Frenchman appears to have settled into Xavi’s tactical philosophy quite well and has an exemplary crossing skills that could be useful for someone like Lewandowski. It was evident in the recent 5-1 rout over Viktoria Plzen.

Raphina might not be an option even on the opposite flank, primarily due to the presence of Ansu Fati, who is a lot more sophisticated winger than Dembele and Raphinha and offers a great of versatility out of his game.

Indeed, the Barcelona number ten is a useful forward who loves to drift into central channels and can even accompany Lewandowski. Coupled with Balde’s darting runs forward, this can help Barcelona alleviate the need of Gavi making himself a box threat.

Although having Dembele and Fati as starters does leave out Raphinha and Torres on the bench, it is just a testament to Barcelona’s strength in depth rather than the weakness of the said individuals.

It is also an indicator of how much of a selection dilemma Xavi may have to deal with during the course of the campaign. Having such sheer strength in resources does drive up expectations as well, with Barça now being expected to compete for both La Liga and UEFA Champions League titles.