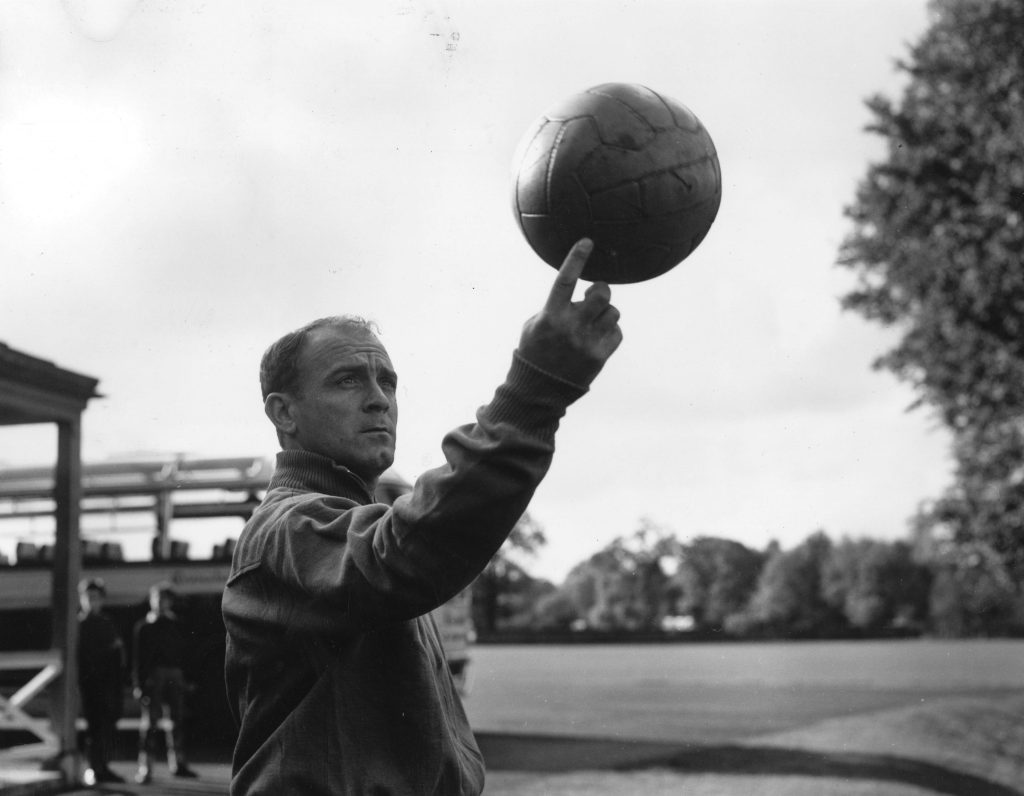 Barcelona had actually bought Alfredo di Stéfano in 1953, but Madrid ended up snatching the Argentinian, who won five European Cups and eight Spanish leagues between 1953 and 1964 for Los Blancos.

With the lockdown pausing football all over the world, we fans have no choice other than to look back at the nights of football we enjoyed till date. So in this new series, we will take a look back at the moments that changed Barcelona’s history, and will ask ourselves what would have happened if those events never occurred.

Alfredo Di Stéfano. A name quite often associated with Real Madrid and their dominance during the mid and late-1950s. The Argentine was one of the best football players in the world with his name right up there beside Maradona, Pelé and Cruyff’s, winning the Ballon d’Or in 1957 and 1959. But the striker is also famous for his controversial transfer to Madrid, with the dispute between Barcelona and Los Blancos being well known.

In the early 1950s he was on his way to Barcelona after FIFA approved the transfer, but the Spanish FA blocked the move. The ownership of the player was the main problem. A new agreement was set in place where he would play for Madrid and Barça in alternate years. However, after seeing his poor performances in the first few matches, Barcelona backed out. This might have just been one of the club’s biggest mistakes. In the years that followed, Di Stéfano and Real Madrid dominated in Europe with Stéfano also helping them win their first league title in 20 years. But what if the Spanish FA had never blocked the transfer? What if Alfredo Di Stéfano had joined Barcelona? Let’s take a look at the player and how his influence might have changed the blaugranas had the transfer gone through.

Di Stéfano even played some games in the blaugrana colours

Between 1950 and 1953, Barcelona dominated Spanish football. Barça’s sensational line-up during the 1951/52 season led it to win five different trophies: the league, the Spanish Cup, the Latin Cup, the Copa Eva Duarte and the Copa Martini Rossi. László Kubala Stecz signed for Barcelona in 1950 and tore up the league in his first season, scoring 26 goals in 19 games. He even set a record by scoring 7 goals in one La Liga game, a record which hasn’t been broken yet. Alongside him was the Spanish midfielder Luis Suárez, who joined Barcelona in 1954. Luis Suárez was the first and only Spaniard to ever win the Ballon d’Or.

With the addition of Di Stéfano, Barcelona would have been unstoppable. A player known for his strength, speed, skill and knack for scoring goals, the Argentinian would have been an incredible inclusion to the Catalans’ frontline. His 216 goals in 282 appearances in the league speak for themselves. In the 1953/54 term, Di Stéfano went on to become the top scorer with 27 goals, beating Kubala, who came second with 23. With Alfredo in their squad, Barcelona would have easily defeated an average madridista side with their talisman in Catalonia. He would have formed a formidable partnership with Kubala, with the two easily leading the azulgranas to victory. It was Di Stéfano’s consistent goalscoring ability that led Madrid to their league titles and, with him at Barcelona, the culés would have been able to keep the crown, with them already consistently staying in the top three.

But it was on the European stage that Di Stéfano really shined. He was Madrid’s top scorer in the competition in four of their five cup-winning seasons, with him even bagging a hat-trick in the 1960 European cup final. His record of 49 goals in 58 games stayed unbeaten until Raúl broke it in 2005. Had he been at the Camp Nou, his attributes could have led to Barça’s title and subsequently their first European Cup, with players like Di Stéfano, Luis Suárez, Kubala and Villaverde all in one squad.

Argentinian-born Di Stéfano and his close Hungarian-born friend Kubala, juggling the ball during a training session for the Spanish national team | Photo by STAFF / AFP via Getty Images

European Cup glory escaped Barcelona until 1992 under Cruyff. But with Di Stéfano on their side, history could very well have been different. A continental crown during the early years of the club would have laid the path for a successful run on the European stage. All of this is just guesswork, with recent examples of Coutinho and Dembélé showing how high profile and big money transfers don’t always work out the way they are meant to. Other than a player’s ability to adapt, injuries, tactics, attitude and several other factors come into play. But with a player of Di Stéfano’s quality, it is hard to believe that he would have flopped at any club, let alone one like Barça. There are several major moments that define a club and its future, and one like this certainly is one of them. Whether he flopped or not would have defined the transfers that followed and the willingness of other players to stay at or join Barcelona. European victory would have attracted the world’s best players while a poor showing would have resulted in the growth of the other teams.

A person can only imagine what would have happened if La Saeta rubia, as Di Stéfano was nicknamed, had been signed by Barcelona, but what is sure is that it would have had big ramifications on the club’s and Europe’s football history, as well as changing Madrid’s too.