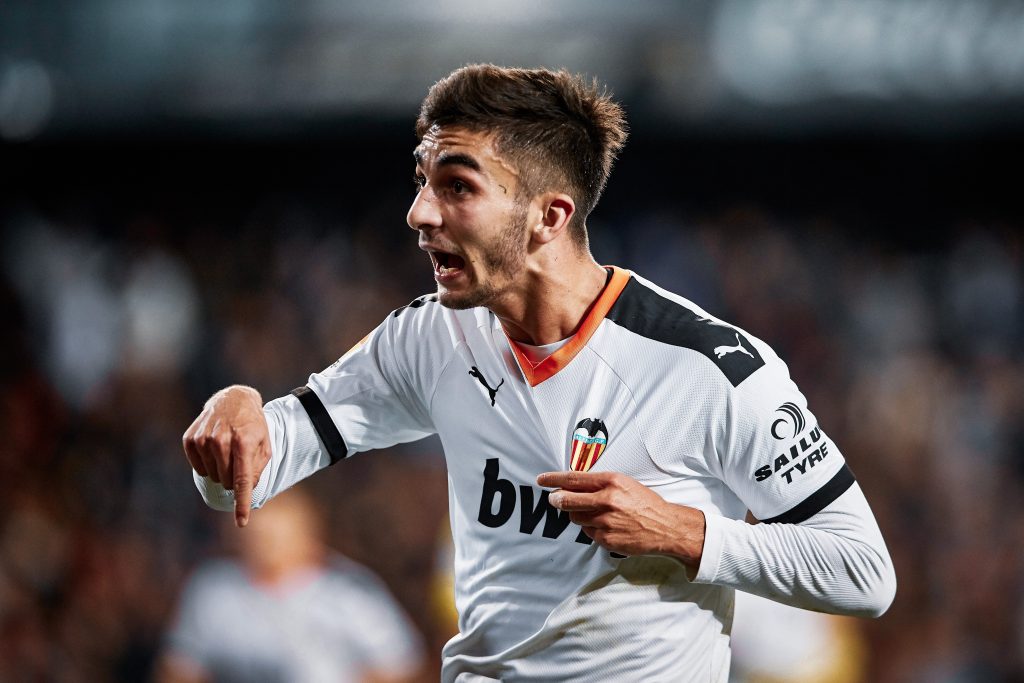 With the official confirmation that Valencia wonderkid Ferran Torres will be joining Manchester City, it looks like another player who’s been linked with Barcelona in the past will be moving to a different club instead. Let’s analyse the winger’s stats to see if he would have fit at Barça, and if the club has made a mistake by not pursuing him further.

Since making his La Liga debut in 2017 at just 17 years of age, Ferran Torres has risen up the ranks in the Valencia squad. This season, he was one of their most important players, and one of the few bright spots in a disappointing campaign, despite just turning twenty in February.

He had been linked with a number of big clubs over the years, including multiple times to Barça, but now it has been Manchester City who have confirmed that they have acquired the services of the young winger. But should Barcelona have made more of an effort to sign Ferran Torres? To answer this question, his stats from this past La Liga course will be analysed and compared to some other young talents. So, what do the numbers say?

Ferran Torres is certainly a player a who contributes to many aspects of attacking play. He gives his team a little bit of everything, and particularly excels in some of the most crucial skills for a winger. To start, let’s take a look at how the Spaniard’s stats for scoring and shooting stack up against the rest of La Liga.

Torres could certainly look to improve his volume of scoring, but his 0.16 non-penalty goals per 90 minutes was still the third highest in the Valencia squad. This tally also shows good composure and finishing ability, as it matches his 0.16 expected goals per 90.

The weakest stat here for Ferran is probably his shots on target per 90, which was just 0.36. This ranked sixty-ninth out of all La Liga players, and was lower than the tally recorded by several players in deeper positions, like Real Madrid’s Toni Kroos and Real Sociedad’s Mikel Merino – both of them midfielders. In moving to a bigger side, Torres will need to be more involved shooting wise.

On the positive side, he gets into good positions when he does shoot, and he tends to make the most of them. Only twenty-nine La Liga players bettered Ferran Torres’ 0.12 non-penalty expected goals per shot – level with Karim Benzema – showing that when he does shoot, it’s usually a pretty good scoring opportunity. He isn’t wasteful of these chances either, as his actual output – 0.12 goals per shot – once again matches his expected output.

Overall, the teenage Spaniard is solid in front of goal, but nothing exceptional yet. However, his creative stats reveal more of his quality.

Arguably his most impressive stat is his 0.16 expected assists per 90, which had him tied for the twentieth best in La Liga. It was also the second best in the Valencia squad, and good enough to match the tally of Luis Suárez and surpass Antoine Griezmann (0.14). Torres clearly possesses great ability to play the final pass and set his teammates up to score, even at such a young age.

This skill of playing dangerous passes is also reflected in the 1.64 completions per 90 by Ferran Torres into the penalty area. Only ten La Liga players averaged more this season, and none were Valencia players. This skill can be an important one at a side like Barcelona or Manchester City, in order to break down a deep opposition defense.

With solid tallies for shot-creating actions (2.2), goal-creating actions (0.32), and key passes (1.08) as well, it’s clear that Torres is already one of La Liga’s best creators. This makes it exciting to think about what he could become with a few years of development and more talented teammates around him.

Another important skill for a wide player to have is strong dribbling. The stats of Torres show a player who has this ability, and, once again, lots of potential.

The 20-year-old excels at beating defenders with the ball. His 2.24 successful dribbles per 90 was the joint-eleventh highest in La Liga, and the highest of all Valencia players. When comparing this to the Barcelona squad, only Lionel Messi had a higher tally, showing that this is one area in which Ferran Torres could have provided a spark.

The Spaniard also does well at progressing the ball towards the opposition goal (141.7 yards per 90) and drawing fouls (1.56 per 90). In a more attacking, possession-dominant side, Torres would have even more opportunities to show off his dynamism with the ball at his feet.

With all these stats in mind, it’s clear that Torres is a talented player. While he could look to add more goal scoring to his game, the dribbling and creative ability he has at just twenty years old back up his status as a wonderkid. His numbers are already impressive in their raw form and compared to players much older than him, but Torres looks even better when you compare him to some of his fellow La Liga talents.

To fully understand how much potential Ferran Torres possesses, let’s compare him to some of the world’s most highly rated young attackers. We will be pitting the stats of Ferran Torres against Real Madrid’s loanees Martin Ødegaard and Takefusa Kubo, and Barcelona young prodigy Ansu Fati. But first, let’s look a little bit into how often these players get the ball.

This season, Torres averaged 41.2 touches per 90. The other three players in the group each averaged more – Kubo by 4, Ødegaard by 26, and Ansu Fati by 22.3. If these players were all getting on the ball more often than Torres, especially Ødegaard and Fati, it’s unfair to compare their output on a raw level. So, to level the playing field, the attacking stats of each player will be calculated on a per 1,000 touches scale. Here’s how the group’s end product stats compare with the adjustment:

Here, we see the massive impact that Torres can have. Only Ansu Fati outperforms him for non-penalty goals, and the Valencia man leads the pack when it comes to expected assists. The positives continue for Ferran when this comparison is continued across more attacking metrics.

While Torres comes in last for shots on target, he still is right on pace with Ødegaard. He also compares very well to the others for key passes, in addition to leading for passes into the penalty area and being far ahead in second for successful dribbles.

These adjusted stats help to better show the impact a player like Torres can have. While he may have far fewer opportunities on the ball than say Ødegaard does for Real Sociedad, Torres does a lot with them. Going from Valencia (48.9% average possession) to Manchester City (66.7%) will also provide the youngster with far more chances to create, and it definitely seems like this would allow him to thrive.

This comparison also shows how exciting the potential partnership of Ferran Torres and Ansu Fati would be. While Fati excels with his incredible scoring record and finishing ability, the strengths of Torres lie more on the creative side. If the two had become Barcelona’s pair of wingers, their balance of skills could allow them to complement each other nicely.

Is Ferran Torres a top quality player with lots of room to grow? Yes. Is he a player with the potential to play for Barça? He certainly seems to be. Could he flourish in a better attacking side? Definitely. But even with this in mind, a move to Barcelona probably wouldn’t have been in the best interests of Ferran Torres or the club.

Another young forward at Barça would mean reduced minutes and development for the others, who already have world-class potential. Additionally, from the perspective of Torres, there’s no guarantee that he would get proper match time and development with the state the club is in right now. The better move for him is probably the one he has chosen: Manchester, where he can learn under the tutelage of Pep Guardiola and play in a more balanced and dynamic side.

Ultimately, time will be the deciding factor as to whether or not Barça should have made this transfer. Hopefully Torres can grow into a great player at City, but one that is not needed at the Camp Nou because of the quality of the likes of Ansu Fati, Pedri, Ousmane Dembélé and Francisco Trincão. Either way, Ferran Torres is certainly a player to watch in the coming years, and his big move to England could prove just why.