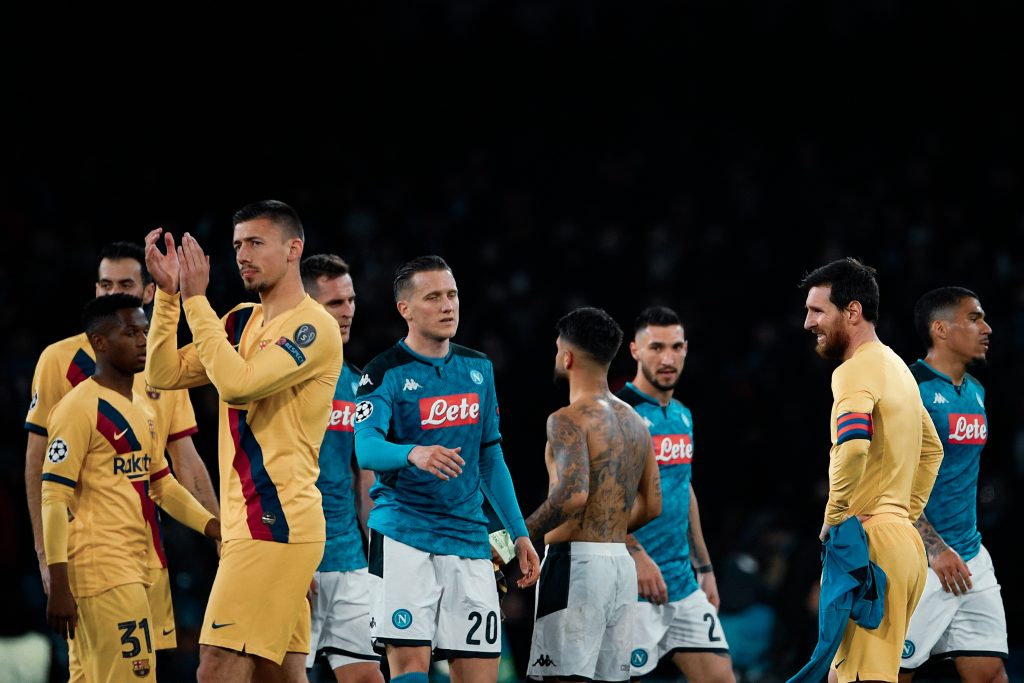 As football returns to close the most hectic season in modern football, we take a look at the meaning of such groundbreaking change in the present edition of Europe’s premier competition: the Champions League.

Football fans are the people most entitled to their opinion in the whole world. They do not accept being wrong and will fight until the end for their ideas to be accepted and valid, especially on social media these days. Social media have made people care more about being right than discussing a matter like civilised individuals.

For example, a handful of Premier League fans, with a few of them joking, of course, wanted Liverpool to get an asterisk next to their title win and this was the debate for the whole quarantine. At the end of the day, Liverpool deserved their title whether English fans like it or not. However, if these people wanted to continue their reasoning, they would have to put an asterisk next to whoever wins the Champions League’s name.

After Liverpool, the Champions League will have a new champion in this year’s edition, and it will be a deserving one regardless of who it is | Photo by Javier Soriano / AFP via Getty Images

The new format of the Champions League seems like a World Cup, and this could mean a lot of things. First, it is not necessarily the best team that’s going to win. Four knockout games without the away goal ruling mean the team on top that day will go through, and that seems fairer. Barça would have won their last two Champions League ties if they didn’t play the reverse fixture and who knows what would have happened in the semi-finals or the final.

Nevertheless, does that mean that the 2019/2020 Champions League season is less valuable? Is that format, that rewards the best players on the day, valid enough to crown the champions of Europe? Well, to answer these two questions shortly, yes. Football is football, and it can be played in any way, shape or form.

This format resembles the old editions of the Champions League a lot. Wikipedia says that about the earliest editions of the Champions League: “Introduced in 1955 as the European Champion Clubs’ Cup, it was initially a straight knockout tournament open only to the champion club of each national championship”. If one disregarded the fact that it’s not only the champions of each European country that participate, they would compare the 2020 Champions League to the 1955 one and found next to no differences.

Do Real Madrid get stripped of titles, the same way Liverpool do, won before the complete rebranding in 1992? Of course not, and it would be stupid only to count Madrid’s eight modern titles and completely devaluate their five early wins against Juste Fontaine’s Reims side or Eintracht Frankfurt just for the sake of rebranding.

Losing is not a failure, as long as the team gives its all | Photo by Filippo Monteforte / AFP via Getty Images

Now, what does it mean if Barça win this edition of the Champions League? The most straightforward answer is to say that, would they become champions of Europe, they would have the bragging rights until the next final, just like Liverpool have done. Nonetheless, there are multiple outcomes if they lose.

The first one is to defend Quique Setién‘s side, but only if they play the right way.
Against Athletic in the Copa del Rey quarter-finals in January, Barça played well and were just unlucky in the final third. Culés understood and weren’t too fussed about this loss, only if it meant the team would focus more on La Liga and the Champions League. If the Catalans lose to a 90th-minute goal against Bayern Munich in the quarters after having more shots, more of the ball and playing better overall, Setién could be proud of his team’s performance but also aggrieved by the result, of course.

It could also play in his favour, and players could back him up if they feel luck wasn’t on their side. Still, if Barça lose in a humiliating way, as many are fearing as they would face Bayern Munich in the quarters, Setién may have to go, and he will get the same deserved criticism he got after losing the league in July.

But winning could also play against Setién. As many don’t like this World Cup-like Champions League, Setién’s win could mean next to nothing for some culés or some socios whose voices mean a lot to how the club is run. All in all, the winner of this edition of Europe’s most coveted competition will still be champion of Europe and rightfully so. For Setién, this competition is the last chance to save his job and bring long-awaited success to a collapsing club. Let’s hope the culés know what’s at stake this time around.