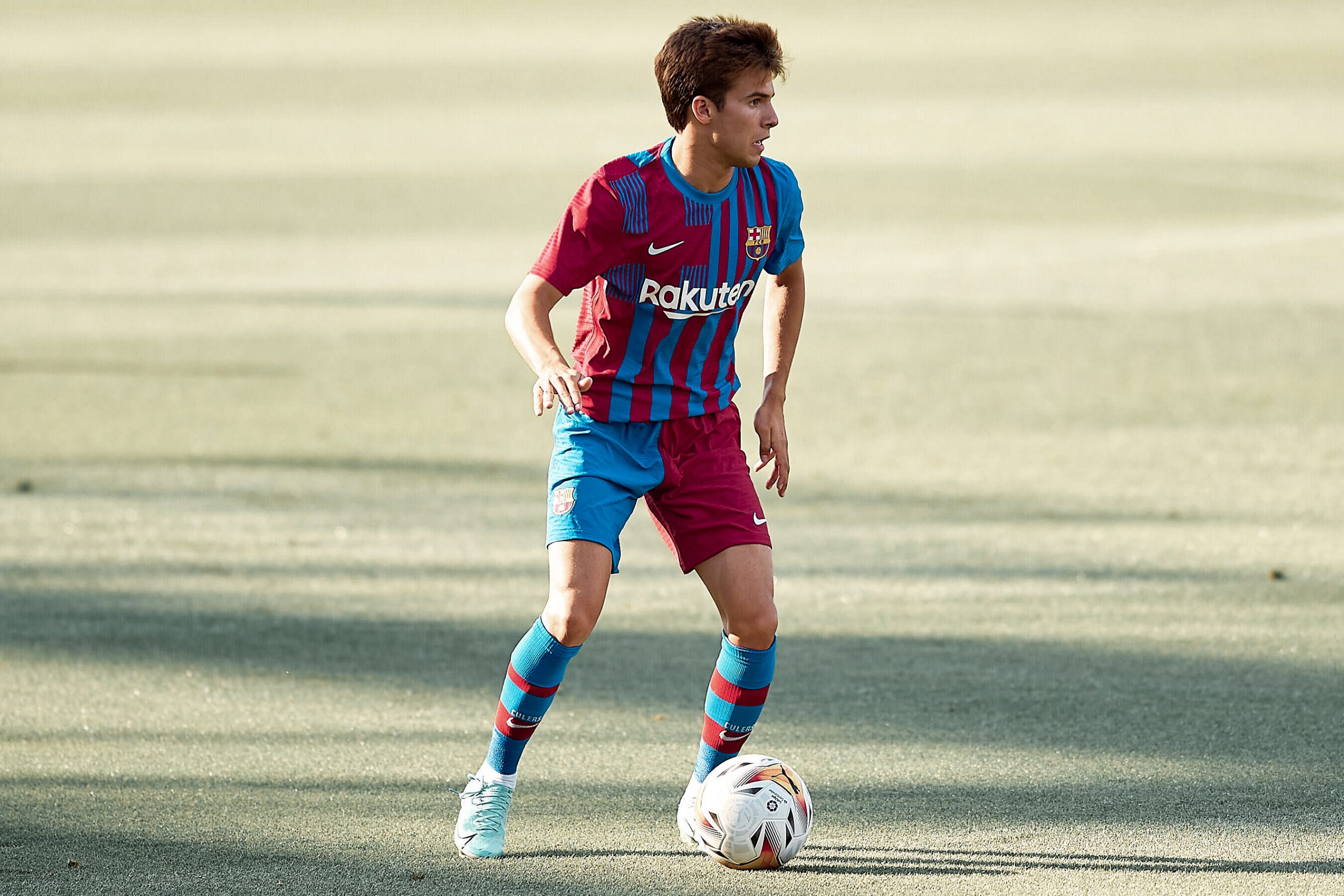 The 2020/21 season had a rather dull end for La Masia graduate and fan favourite Riqui Puig. In spite of his undeniable quality, differential skill and precocious dexterity, he found himself helplessly bound to the bench. A home product having spent his entire life with one badge, one club and adorned by the iconic Garnet and Blue of Barcelona turned into nothing more than an outsider looking in.

His exclusion from Ronald Koeman’s plans made sense to few if any. For years, Cules had longed for someone of exactly his profile, and the sense of abject despair, terror and horror, stemming from the prospect of losing yet another La Masia talent to another team gradually morphed into anger geared towards none but the coach.

In this article, Barça Universal explores what the future might hold for the youngster by analysing several possible reasons for his exclusion, how he could improve, as well as of what utility he is to the team.

Riqui Puig, much like everyone on planet earth, is human; he is imperfect. Expecting a picturesque footballer would be irrational. In spite of all the qualities he possesses, the Spaniard is no exception to the rule.

As per FBRef, Riqui averages 22.93 pressures per game. Over the course of the last 365 days, these numbers would have him ranking in the 90th percentile among midfielders. While these numbers are indeed impressive, pressing is worth nothing if one is inefficient at doing so.

Unfortunately for the 21-year-old, quantity and efficacy in terms of his pressing are worlds apart. Over the course of his relatively short Barcelona career (2018-2021), Riqui has been successful in just 20.3% of his pressures. This number has him ranking in just the first percentile among fellow midfielders in Europe. In other words, 99% of all midfielders in Europe have more success in their pressing than him.

What is the reason for this? Well, Riqui could be considered by some as reckless defensively. More often than not, fans are quick to applaud his effort at winning the ball back from the opposition, and it is true that he gives his heart out in such actions.

His methods, however, are rather inefficient. He runs at opposition players, sometimes even their centre-backs, like a lamb to the slaughter. In his tireless pursuits to recover the ball, he finds himself completely out of position and with acres of vacated space behind him.

If anyone else steps out to compensate for his positional ineptitude, then they too will be out of position if the collective press is not coordinated. An all-consuming furnace devouring everything in its vicinity.

These positional errors bleed into his creativity in the same lengths and proportions as they do his defending. While Riqui is arguably Barcelona’s most creative midfielder, he lacks positional discipline at times. When the Catalans play a 4-3-3, the interiors are expected to play in and around the halfspaces.

There should never be more than three players in the same horizontal line, or two in the vertical line, however, with Riqui, both happen concurrently. His style of play is built around taking risks. When he loses the ball, an eventuality when playing like him, recovering his position opens up another can of worms.

Lastly, and perhaps his most poignant problem, Riqui has an issue with gauging the intensity required in his overall play. Remnants of this are seen in his pressing, but the same ties into his ball play. While an impressively creative presence, the youngster struggles to evaluate when certain passes should best be made. He stands out above the bunch for his creativity, but even the sages knew that too much of anything is poison.

His football is vertical in its own unique way, however, he offers a disproportionate amount of verticality as opposed to stability. This is where Pedri excels, and he falls short.

Pedri is perfectly adept at controlling the tempo and offering dynamic passes into the final third of the pitch whenever the need may be. His counterpart from La Masia has a tough time finding, let alone sustaining such a level of balance.

Given his relatively little game-time, the 21-year-olds failure to live up to Ronald Koeman’s expectations is…expected. If his fast-paced football is perceived as undisciplined, then it stems from him wanting to do his individual best to impress him. This inadvertently leads to him overdoing himself in almost every facet of his play, eventually coming off as disorganized, and it is also perhaps the season that Ilaix Moriba found it easier to slot into the first team.

While nowhere near as enticing a footballer to watch, he promises balance even if it comes at the cost of Puig’s forward vision.

Riqui Puig missing matches because of the aforementioned flaws would be justified if he had been awarded more time, but more time would necessitate better performances. The youngster is the victim of a vicious cycle, one he seems incapable of overcoming.

Joan Laporta made it clear that there are no transitional years at this club. This means that any individual granted minutes has to take full advantage of them and play exactly as the manager requires. The sheer volume of midfielders means that poor performances will be punished in ways far greater than they would have had the competition been less. An endless game of survival for the fittest.

The problem here is that Riqui needs game-time to iron out any creases in his game. These are, after all, issues that are remedied with time and experience on the pitch in match situations. If Riqui fails to press well, then he will miss out on some much valuable game time; if he completely lacks minutes on the pitch, then he will never learn to press better.

There is always a light at the end of the tunnel if one is willing to seek it. For Riqui, his flaws can be easily improved upon, but he first needs the manager’s trust. The onus is on him to make the most of the abysmally small number of chances awarded to him. A failure in this regard would translate to more ostracism from the coach and a possible move from the club.

Pedri has had a summer to remember, but despite having qualified for the semi-finals of the European Championship, it is far from over. Luis de La Fuente has the trailblazing 18-year-old in his Olympics squad, while Riqui Puig misses out on a chance to play at the summer games. This is yet another missed opportunity to show Ronald Koeman his worth, it does give him a chance to play, albeit indirectly.

Fatigue from the Euros and Olympics is a given, both in Pedri’s and Frenkie de Jong’s spots. Puig’s individual quality may be below that of both, but neither will be capable of playing at full capacity early on in the season, and this theoretically should open up the door for the Barca number 12.

Impressing the manager both in pre-season and the early weeks of the campaign will be pivotal to his success at the club. After all, he has decided to stay.

If Riqui intends to excel as a footballer at Barcelona, then he desperately needs to reinvent himself. All talks of an agenda against him by his managers by virtue of his age, origin or physique are irrefutable.

His style of play, while admirably offensive in nature, needs to be toned down and achieve a higher level of composure, while his pressing itself needs more control. These will, of course, come with time, however, should any minute be awarded to him, the burden is his to bear in terms of making his chances count.