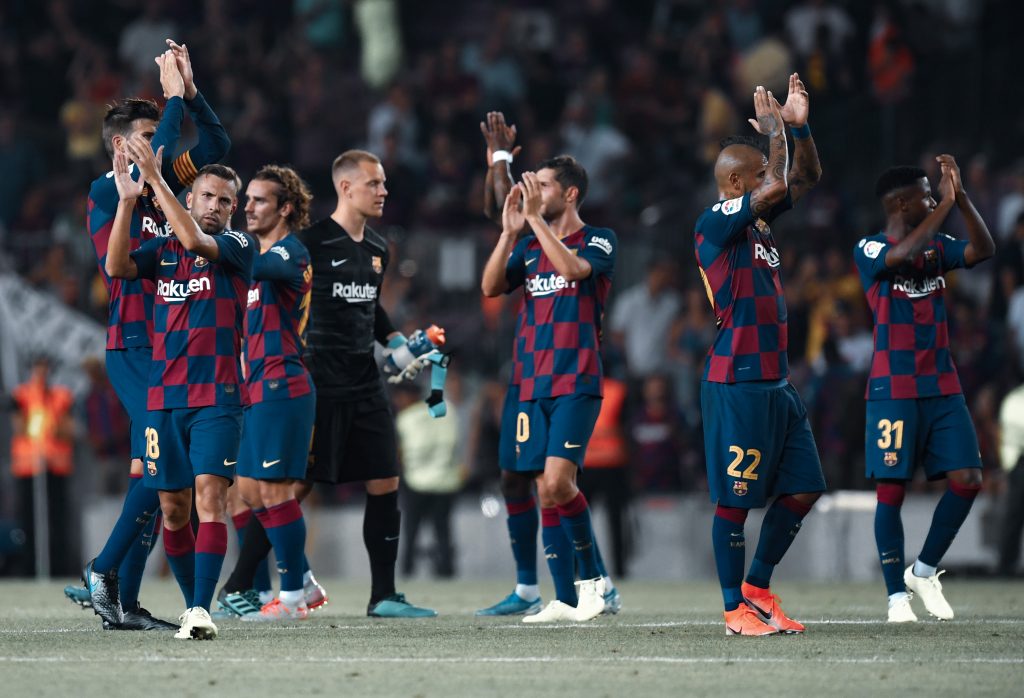 Little disclaimer, this article is a point of view kind of article. Everything that is written here is only an opinion and one could disagree. However, we ask ourselves, what is a culé, and what does it mean to be a Barça fan?

Every football fan has a story. Whether you support late Bury F.C. or some of the biggest clubs in the world, the passion of the game and the reasons for supporting teams are often subjective. Many football fans grow up as fans of the club their family supported while supporting their countries at tournaments such as World Cups or continental championships.

Personally, as a Lebanese fan of the game, I only got to see my team play once in a tournament. It was at the 2019 Asian Cup of Nations, and Lebanon had qualified with a golden generation but crashed out of their group to some shady refereeing decisions against Qatar, the hosts and future champions, especially. It was a proud moment to scream at a TV to see your country play for once in a tournament, even if they lost.

However, being a fan of a club is something else. While your passport seals your country allegiances, you choose your club. No matter what, you have the pick of the bunch. As mentioned, some choose Barça; others choose Sunderland, while newcomers might be inclined to pick Manchester City, Paris Saint-Germain or Chelsea. Being a fan of the sport is the essence of football.

No footballer begins by hating the sport, at least no footballer that has big Champions League and World Cup dreams. Barcelona is one of the most beautiful clubs in the world, even with all the shady business that has gone on lately. Some claim Barça have been money laundering with deals such as the Paulinho transfer in 2017 and the excessive amounts of Brazilian brought in; others claim Barça are cheaters and they shouldn’t have won against PSG in 2017 or Chelsea in 2009.

To be a culé, and that is my honest opinion, you need to get over the relentless claims made about the club. To be a culé, there are many qualities. First, one has to like football. Football is a philosophy and to each their own. Blaugranas love the champagne football, the crème de la crème in terms of playing football. This is why Ernesto Valverde did not convince half the fanbase, even though his results were decent enough to warrant respect from the fanbase.

However, being a culé does not mean one has to be stubborn towards football. Every manager sees the game differently, and some often change their methods given the club that has appointed them. Quique Setién had a carte blanche at Real Betis to play some open and fluid football while not getting the best results. At Barça, the man who once called himself Johan Cruyff’s spiritual child, Setién is not popular, and something has changed from the bold manager that was on the Benito Villamarín dugout.

“When you see Cruyff and his Barcelona team, and you are on the field and see them start to play and touch the ball, that’s when you really say, ‘Wow, what have I been doing all this time?’ This is what I like. Because this is controlling the ball. That’s when you truly realise what you like and you start to get an idea in your head, and that’s the idea I have followed”

Also, liking football for a culé does not extend exclusively to their own club. Catalan fans often love managers that recognise Lionel Messi’s brilliance. Diego Simeone, while being a somewhat defensive manager, is sometimes liked by the fanbase because he bows to Leo every time he plays against him. Marcelo Bielsa receives the same treatment from the supporters because he’s one of Pep Guardiola’s best friends in football.

After football style, Barça fans have a unique quality, and that is diversity. To be a culé, you do not have to be from Spain or Catalunya, and this is a result of Barcelona being a super club but also because they try and make the club marketable enough for strangers. These same strangers would struggle to understand Athletic Club’s Basque-only philosophy as they are too used to the post-Bosman ruling world of football. A culé can be from India, Barcelona, Argentina or the United States and often the country of origin does not matter when you love the club.

The “support your local” brigade often is dismissed by Barça, as was the board member who did not approve the foreign fans’ opinions because they were strangers. This board member got a lot of negative responses because Barça is a club built on diversity. Even the founder of the club, Joan Gamper, was Swiss, not Catalan.

While local fans give politics a great importance, the culture, nationality or religion doesn’t matter when being a culé | Photo by Josep Lago / AFP via Getty Images

Being a blaugrana fan is the most beautiful feeling in the world, even when Barcelona are on the wrong side of a beating. It’s true; these past few years haven’t been the most successful for Barça. But the passion of the fans and the players have made them so angry to lose their fourth league title out of the last 12 that they went to the first half of the Napoli game with a more focused mentality than in the league. That’s what Barcelona is all about. When you fall down, you get straight back up and fight for your rights.

One of the main reasons why Bayern fans are so confident about the next tie this Friday is because some culés have lost their confidence in the club, but this is not what a culé does. Being a culé is having the confidence of breaking 1970 Brazil’s back with ease, even with frequently questioned players such as Nélson Semedo or Iván Rakitić in the starting eleven.

Moreover, being a Barça fan means you have to respect others. The new wave of blaugrana fans have mocked some players, and what was once mockery became bullying. André Gomes once testified to the Spanish media that he was suffering from depression after some relentless comments from a portion of disrespectful culés who went all out on him for not being good enough.

“I don’t feel good on the pitch. I am not enjoying what I am doing. The first six months [at Barça] were pretty good but then things changed. Maybe it’s not the right word to use, but it has turned into a kind of hell, because I have started to feel more pressure. With pressure, I feel fine, but with the pressure [I put] on myself, I don’t. The feeling that I have during games is bad”

Look at the treatment Ousmane Dembélé is receiving for being injury-prone, something he can not fully control. It has gone to such levels that the Frenchman has limited the number of comments on his Instagram page. Football is a sport built on respect. Bullying, racism, discrimination and homophobia, while seen a lot, should not be allowed and true culés should know how to talk about their players with respect.

To answer the question what does it mean to be a culé?, I’d say that the pride of seeing your team play every time in their famous blue and red stripes no matter the opposition, the manager in place or the players is what makes one a true culé.

However, being proud should not mean being deluded. Sometimes, humans have to face reality and understand their team’s needs and limitations. Some culés can be too extreme. Some are always so positive while others hate everything the club does if it doesn’t lead to a Treble. Being proud of Barcelona means you have found a nuanced way to write your feelings about the club. When they mess up, you would have to hold your hands up. When they do something good, such as demolishing an opponent, signing a decent player or winning a trophy –– Copa del Rey included ––, you would also have to congratulate the squad.

Being unrealistic is what has made being a culé a bit unbearable at times. It feels like people are so entitled to their opinion and only care about winning the argument and not have a dialogue with someone. Never forget, culés, we are FC Barcelona, one of the clubs that represent the most values and ethics since the Resistance in 1936. Until then, don’t lose faith in your club, never, even if Bayern look unbeatable.