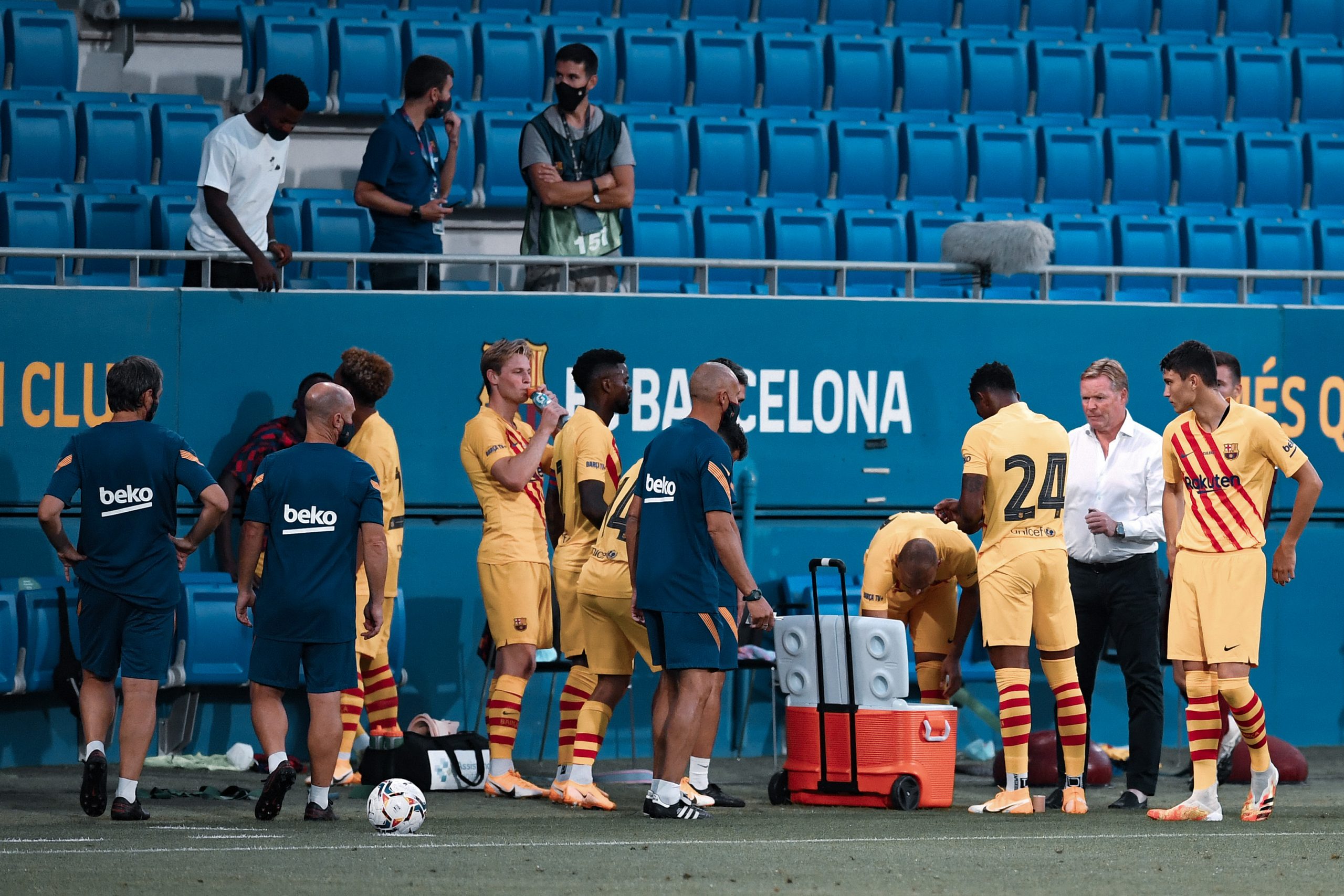 Many changes have already been seen at Barça since Ronald Koeman was appointed manager. Several senior players have now departed and there are a few new faces at the Camp Nou. The system is different and there seems to be an improvement generally so far.

Five days after the humiliation caused by Bayern Munich in the Champions League, Ronald Koeman became the new coach of FC Barcelona on August 19th. In this short time, the Dutchman has already implemented his style and given the blaugranas a fresh look. Two strong displays in the opening rounds of La Liga highlighted a number of improvements in the team.

However, Sunday’s game against Sevilla proved to be a tougher test with a 1–1 draw being a fair result. It seems that Koeman is on the right path but with so little time in charge, and a short pre-season, he is still learning.

Several key improvements have already been made since the former Barça defender took over. The first noticeable one is there is less of a dependency on Lionel Messi. For years now, Messi has been the only consistent creator and goalscorer in the side. Though the Argentine has been sensational in this role, it is unsustainable. Others have already been stepping up this season, most notably Ansu Fati and Philippe Coutinho. This does not mean Messi’s importance has diminished. Instead, it means others share the responsibility more.

Additionally, the defence has only let in one goal in the first three matches under Koeman. Though it is not flawless, the group seems more compact. Much of this is due to the double pivot which offers more solidarity in the centre of the pitch. Moreover, there is a much better press from the team. The Catalans are pressing higher up the pitch and with more intensity. This allows them to win the ball back quicker and restricts opponents counter-attacks.

Barcelona seem to be on the right track, but there is still a lot of work to do | Photo by David Ramírez / Zuma via Imago

Another positive from the first three fixtures is the attacking football. The team has looked more fluid in attack and created more chances. One of the reasons for this is the additional width in the team. This has come from the left side with Ansu Fati and Jordi Alba making good attacking runs in behind the rivals’ defence. Furthermore, Koeman has played Coutinho centrally and this has worked well. He has been more involved in the games and already contributed two assists and a goal. Eight goals in three games is a fantastic start for the team.

The game against Sevilla

The Camp Nou hosted a strong Sevilla side, who set up in a compact manner. They pressed and defended deep in the match and Barcelona struggled to deal with these tactics. When the Andalusians pressed high, Barcelona struggled to break through at times. This led to some misplaced passes as Barça were poor in possession. Against the low block, the players found it difficult to create chances. Notwithstanding, there were enough chances to win the clash and the signs are still positive.

“Our passing accuracy wasn’t good today. But it’s also our third game in a week time and we’ve noticed fatigue against a very physically demanding team”

Unlike the previous two managers, Koeman was not afraid to make substitutions early into the second half. The youngsters, Francisco Trincão and Pedri, were introduced into a tight game against one of the best teams in the league. It shows that the Dutchman is not afraid to make substitutions and trusts some of the younger players. Again, these were positive signs as the manager looked to introduce new players to influence the match.

One of the issues that was clear in the game was the ineffectiveness on the right-hand side of the pitch. Antoine Griezmann and Sergi Roberto offered very little going forward on this flank. Barcelona had zero attacks down the right wing in the first half. In the first two La Liga fixtures this was not such an issue, but against a tougher opponent, it limits the azulgranas. When Trincão was introduced, the attacks became more evenly spread out and the former SC Braga man almost won the game late on. Koeman may consider using a more natural winger in games as playing Antoine out wide has not worked.

What Koeman must improve

One of the weaknesses under the new system has been the double pivot. Frenkie de Jong and Sergio Busquets have been less than impressive. Culés know how good they are on their day, but with three games already played, it is becoming worrying. Both have been poor in possession and caught out of position on occasions. There seems to be a lack of understanding between the pair. It could be they need time to adapt to the new role. However, with so many talented midfielders on the bench, Koeman must consider if this partnership is working.

Griezmann’s form should also be of concern to the manager. The Frenchman is world class but seems to be lacking confidence. It is almost certainly his role in the team that is causing this. Again, the same mistakes are being made with one of Barça’s most expensive signings. Though he contributes to the defence, it is not why the club paid €120 million for him. Griezmann needs to return to the centre of the pitch, where his best position is. Having him out on the wing does not play to his strengths. He prefers the ball to feet and to play off others. Though he still makes intelligent runs in behind, it is not his preferred style.

“For me, Griezmann is still more effective when he is in the heart of the game, when he is able to touch the ball a lot. In that position, he has the possibility to come and help the midfield too.”

Finally, Koeman needs to improve the squad depth in certain areas. This is more on the board as the economic situation they have created has stopped them signing certain players. Barcelona are desperately short of first-team centre-backs and a natural number nine. Koeman will have to make the best out of this situation until at least January and hope there are no injuries in these positions.