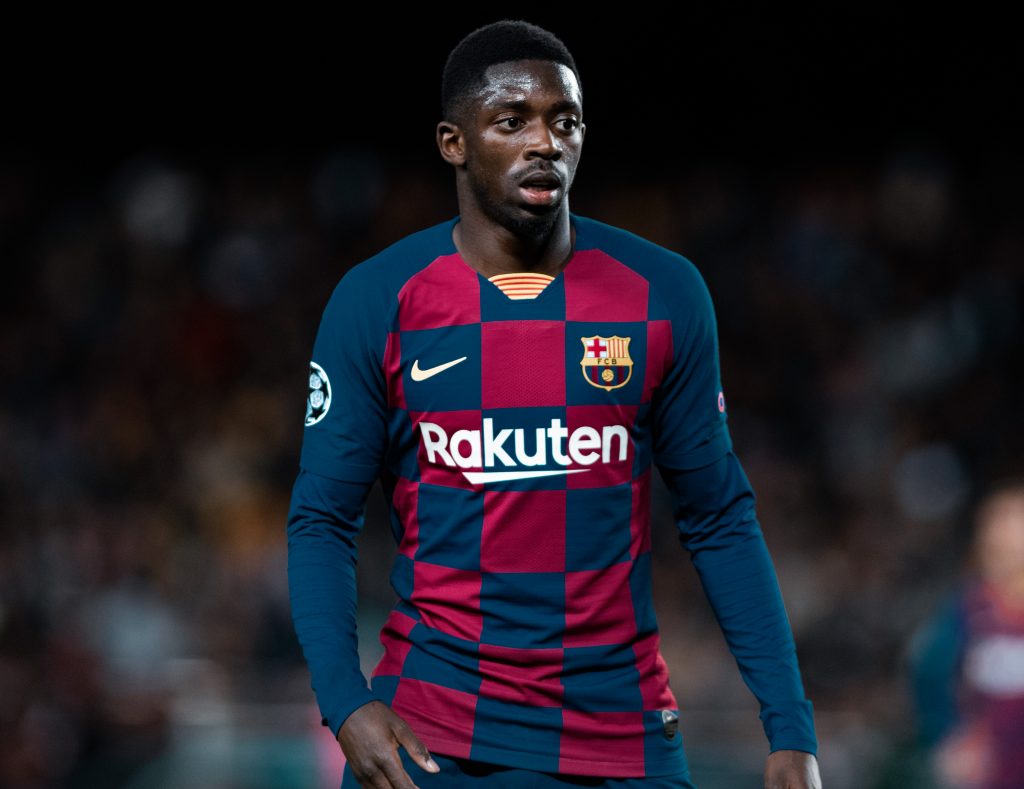 Header Image by Marc González Aloma / Action Plus via Imago

As we edge closer to the Champions League return, one big interrogation has devoured culés’ brains, and that is Ousmane Dembélé. Can Barça and its fans fans count on him after a significant injury? What can we expect of him?

Rumours keep a football fan alive. Journalists love to speculate, and sometimes they are so stubborn that they take everything they think about as evidence for any case in football. For example, the journalists at L’Équipe, one of France’s biggest media, wrote defamatory words about Nicolas Anelka during the 2010 World Cup and they never apologised. Anelka said it in his new documentary on Netflix and Raymond Domenech, the French coach at the time, said that everything L’Équipe wrote was wrong.

The biggest clubs and players often suffer from these intense speculations that come out of the blue on a day-to-day basis. Barcelona is the most mediated club in the world, and their footballers are victims of it more often than not. The latest one to suffer from it is another young French starlet, and his name is Ousmane Dembélé.

Much like Anelka when he arrived to Real Madrid in 1999, Dembélé was a costly Frenchman who didn’t accommodate in the first few months of his Spanish career. Ousmane’s main problem, however, has been injuries.

From the first few games in 2017, Dembélé suffered a season-ending injury, and he has never fully recovered. This year has been a shambles for everyone at Barça and the 23-year-old has only participated in 9 matches in all competitions. But he is close to the return, or so rumours are saying.

Ousmane Dembélé is a great unknown | Photo by Imago

You can’t be sure with Dembélé. A few weeks ago, Catalan media reported that he wouldn’t make the cut until the hypothetical final of the Champions League. Today, it is rumoured that he will be available in case of emergency against Napoli and that should make him available for more minutes against Bayern, if Barça make it through the round of 16.

Dembélé is one hell of a player when fit. People cannot fathom how insanely surprising his talent is and injuries have erased everything he has done at Barça. From gifting the 2019 Supercopa de España to winning essential points in the league last year, passing by extraordinary goals just like the one against Spurs at the Camp Nou in the Champions League, last year was a season to remember…had he not gotten injured for the umpteenth time.

What can culés ask from a player that hasn’t touched the field since last November? Well, not much, but they can ask him to take care of his body while on the pitch, at least. Dembélé is the kind of player that loves taking risks. He takes so many risks when he dribbles around the pitch to open the play that opponents want to kick him. And when it’s not opponents kicking him, it’s him accidentally falling, like the Leganés game in January 2019.

After all the setbacks, it is normal that culés don’t expect much from him. But if he’s on the pitch, fans can expect more width, more dribbles, more risks and more chances, and that would be a relief. Dembélé can be a hell of a ball-carrier when he’s given the confidence Quique Setién has in him. Nonetheless, putting so much emphasis on his return and turning it into added pressure is of no help to him and the team.

Also, expecting Barcelona to revert to the 2009 Barça squad with Ousmane’s addition is as unrealistic as it can get as well. Football is a game of eleven individuals trying to understand each other’s needs to succeed as a whole. One player usually doesn’t change much, even if Dembélé possesses the means to actually do so. He’s quick, skilful and unpredictable at times. He has a real chance to play in Setién’s system, but his needs have to be understood. Earlier, it was reported that he reduced the intensity of his training due to considerable loss of muscle mass, which is normal after a long-term injury.

Moral of the story is that you can expect change when Dembélé comes back, but just nothing over the top as he may be just coming back to play a few minutes in the Champions League after more than eight months sidelined. At the end of the day, Ousmane’s health is what matters, and he should be careful if he doesn’t want to put his career at further risk.