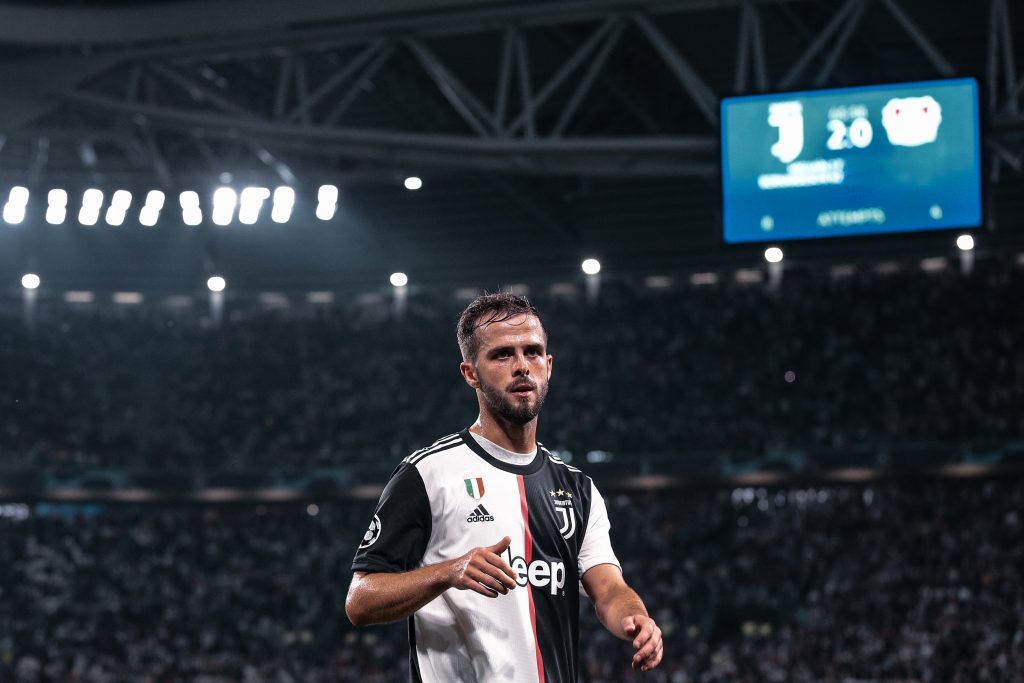 While in the eyes of culés there are multiple negatives in swapping Arthur Melo, Juventus’ Miralem Pjanić could still be a very useful addition for Barcelona if the deal goes through.

Arthur Melo‘s spell at Barcelona seems to be coming to an unpopular conclusion. The Brazilian is slowly gaining interest in leaving the Catalans to join Juventus as the board doesn’t value him enough. With the 23-year-old heading to Turin, Juventus’ Miralem Pjanić is tipped to be heading to Barcelona. As much as the fans don’t want this swap deal to happen, it seems more likely as the days progress. So, instead of lamenting over the inevitable, let’s take a look at what Pjanić could offer to Barça if he arrives.

Miralem Pjanić started off as a young and promising midfielder in the French top flight. He played for French outfit FC Metz for a season where they got relegated, finishing rock bottom. Despite being only 17, he played 32 league games for Metz, starting 27 times, where he got 4 goals and an assist. He was extremely impressive and deservingly won himself a transfer to Olympique Lyonnais.

At Lyon, he established a foundation for his style of play. Taking set-pieces, willing to shoot from long-range, and the ability to feed pin-point passes were some of the qualities he harnessed. As he slowly began to earn a reputation across Europe, he would finally leave Ligue 1 in the 2011/12 season to join AS Roma for a fee of €11 million.

The Serie A seemed to be the perfect league for Pjanić. Despite being a smart player with the ball, he is relatively slow when compared to other central midfielders. The pace of Italian football seemed to be easy for him to acclimatise to, as he didn’t have to run too much. In Italy, the expectation on a midfielder is to pose the capabilities of unlocking defences through an extraordinary range of passes. Fortunately for the Bosnian, he was an excellent passer.

Admittedly, the current has been one of Miralem Pjanić’s worst seasons at Juventus | Photo by Jonathan Moscrop / Sportimage via Imago

Roma was the ideal club for him. He started off the bench, but slowly became a crucial player for them. As the games progressed, his involvement in the team’s build-up began to rise massively. Every attack was either started or set-up by Pjanić. Towards his final two seasons, he was making double figures on goal contribution with ease. He scored 15 goals and provided 22 assists across 2014 to 2016 and, when Juventus came calling, he couldn’t refuse.

His five-year stint at Roma would end with a move to Turin for a fee of €32 million. Miralem is into his fourth season as a Bianconeri, where he has earned himself an incredible reputation for his playmaking. At Juve, the philosophy reduces his chances of direct goal-contribution. In spite of that, he manages to get himself bags of goals and assists through set-pieces and long-balls. He is a talented midfielder who is bound to improve any team with his vision. Unfortunately, he is Juventus’ only playmaker, and that makes it very challenging for him without any creative players around.

The role of Miralem Pjanić if he joins Barcelona

There is a never-ending question amidst this transfer saga: why do Barcelona need Miralem Pjanić? A lot of uncertainty looms over whether he is the right profile and if he is the player Barça desperately need. After all, if the blaugranas are willing to offload Arthur, then it must at least be for a player who gives everything that is required, right?

Pjanić is neither pacy, nor agile. He isn’t press-resistant like Arthur and can be dispossessed easily at times. However, despite the several drawbacks, he has an extraordinary vision. Under former manager Massimiliano Allegri, he was deployed more as a central midfielder. His duties pertained to more advanced distribution and had a lesser defensive job. Allegri’s system focussed more on building an overall defensive structure where a player with a wide range of passing is needed for distribution.

Under current boss Maurizio Sarri, he is being used as a regista. And this requires him to carry the ball and move progressively across the pitch. Sadly, Sarri is unable to get the best out of him in that role, which is why they want Arthur.

In the azulgrana colours, Pjanić can revert back to how he was playing under Allegri. He can feed nifty passes between the lines and work in a midfield of Sergio Busquets and Frenkie de Jong where he doesn’t have to worry about ball progression. The former will take care of resisting the press, while that latter will deal with the dynamics. As a result of this, all Pjanić has to do is focus on his craft: splitting defences open.

At Juventus, Pjanić has been partnered up by more destructive rather than creative midfielders | Photo by Marco Alpozzi / LaPresse via Imago

As we already know, Lionel Messi tends to drop deep for the sake of providing a creative outlet for Barça. He has been doing this quite frequently since the departure of Andrés Iniesta. Even so, he is now 33, and there is a need for the Catalans to preserve his services. He can’t be left to do everything, as it would take a massive toll on his body. There is a need for the midfield to ease his workload by being able to feed passes that bypass the backline.

Messi’s trademark long balls that are received by Jordi Alba on the left flank also need to be provided by another player. Pjanić is capable of feeding such passes, and this would allow the Argentine in conserving the energy he spends by dashing into the opposition box. Messi can play more as a false nine or even as a wide-man cutting inside. At the moment, Barcelona doesn’t have a player who can share Leo’s playmaking responsibilities.

Coach Quique Setién will obviously have to devise a way to cover for Miralem Pjanić’s light frame that reduces his defensive actions. He can be bullied easily by sturdy players, and there is a possibility that Barcelona’s midfield becomes too timid due to the lack of physicality. Pjanić would be excellent alongside Arturo Vidal, for example, whose physical presence could give him more freedom. The future of the Chilean is uncertain, though, and Miralem could form an excellent possession-oriented triangle alongside Sergio Busquets and De Jong.

At the moment, it’s reported that the only thing that’s holding the Arthur–Pjanić swap is the decision of the Brazilian. He wanted to stay, but is now flirting with the idea of joining the Old Lady. Obviously, Arthur would be looking for guarantees under Sarri and a boost in his wages. On the flip side, the Catalans would have to deal with Pjanić’s wage demands as he earns more than Arthur.

Nonetheless, the current transfer market is one of the most unpredictable ones we have ever seen. A market hit by the ravages of the pandemic is bound to discourage reckless spending. Even though the swap deal seems to be inevitable, there’s always a chance that it may breakdown in the final stages. For now, the ball is in Juve’s court to convince Arthur.

But from Barcelona’s perspective, the fans should come to terms with the fact that Pjanić is the player who will be replacing Arthur. He may not be the ideal player who ticks all the boxes. Still, that doesn’t make him any less of a talent. Signing him would increase the midfield’s creative output, and reduce the burden on Messi. The Bosnian may have a few flaws to his playing style, and his age, 30, is also a factor that may discourage many. But he might actually be the player who could flourish under a system of more freedom.

Quique Setién won’t pose restrictions on him like Sarri and Allegri, and this would let him unleash his creative prowess to another level. His service on the ball is something that goes under the radar, and furthermore, he is a player who poses a tough mind frame. He is very vocal and could be someone who can provide an imposing control in the dressing room. He would be able to dictate the play by continually speaking with the players on the pitch.

If Setién can succeed in integrating Miralem Pjanić into the squad and making him understand the Barcelona way, then he might not be a bad signing at all.