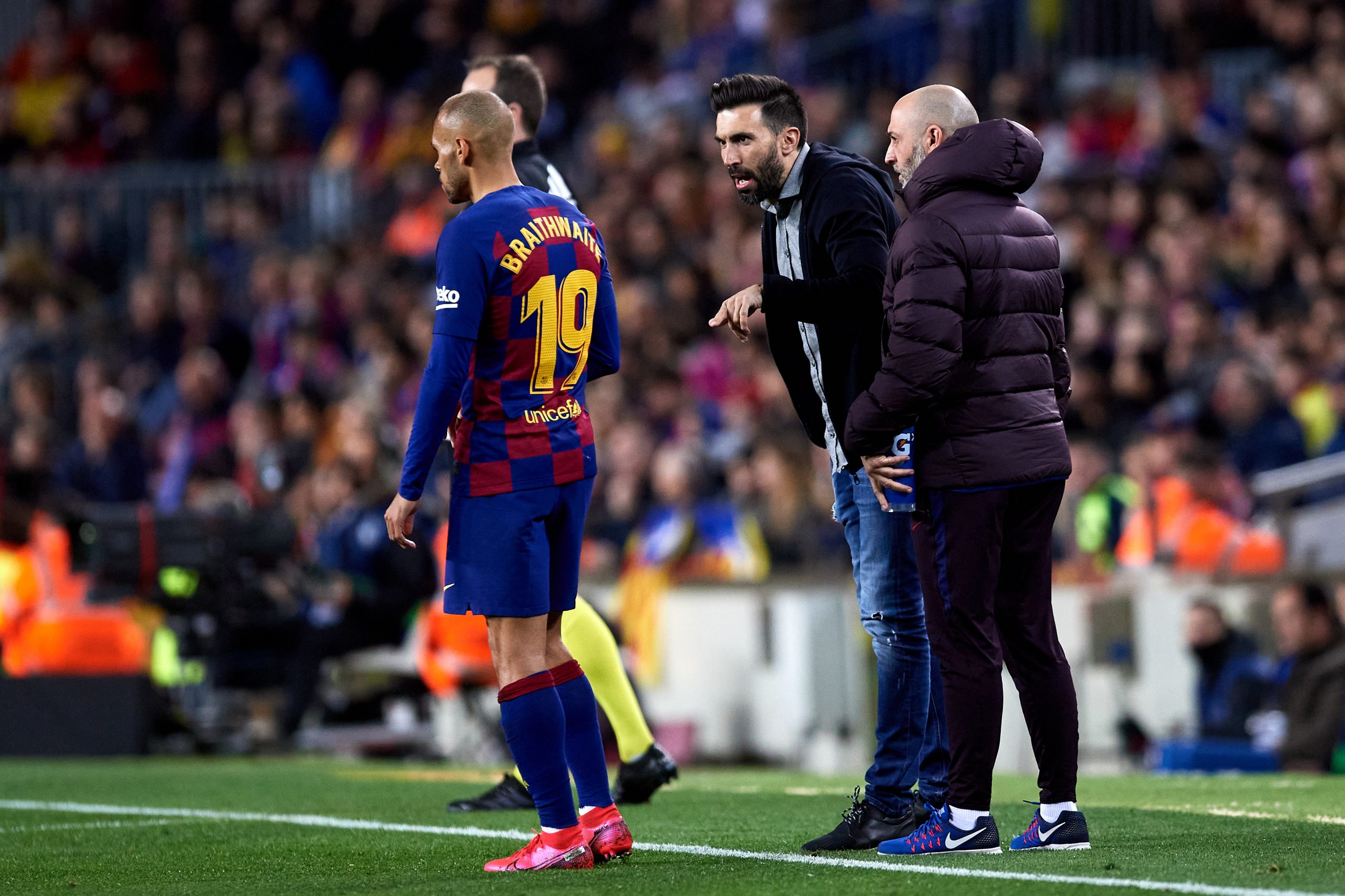 Martin Braithwaite’s transfer was announced a few weeks ago and his displays keep on getting better and better. Against Real Sociedad, Braithwaite showed his class in his first game as a starter since joining the club, but what can he concretely add to the tactics of Quique Setien?

The Barcelona board are not knowledgeable about football. Their rash decisions have led to a lot of travesties causing havoc at the Camp Nou.

Recently, his antics have opened culés‘ eyes and he has received a lot of criticism. Before and during the game against Real Sociedad, chants against Bartomeu and his board were heard as the Catalans narrowly won against a superb txuri-urdin side that recently reached its first Copa del Rey final in 32 years in an all-Basque encounter that will be taking place in April.

This season, the squad planning has been dire for Barca. In the summer, it looked like they had too many characters, especially in the midfield with the rumours of Sergi Roberto moving to the middle line looking to be true until Ernesto Valverde reconsidered and placed him back in the right-back spot.

However, in winter everything changed. What looked like a jam-packed group changed to one of the thinnest squads in La Liga, and the long-term injuries of Luis Suarez and Ousmane Dembele, accompanied by Carles Perez’ sale, left Barça with three forwards: the talented Ansu Fati, the newbie Antoine Griezmann and the legendary Lionel Messi.

To overcome all these burdens and with Dembele’s five month-long injury coming in February after the transfer window had slammed shut, the Blaugrana board was granted permission to buy a replacement for their exciting French winger.

A victim had to be picked and, after rumours linking Angel Rodriguez to the Camp Nou, the directives set their sights on Butarque and Denmark’s very own Martin Bratihwaite.

As Leganes’ chief executive said, Barca played within the rules. They called Leganes’ representatives a few days before signing the former Toulouse star on February the 20th.

For Leganes, however, it truly was a cruel cold world, losing their two stars at the top in Youssef En-Nesyri poached by Sevilla for his release clause of €20 million and later Braithwaite, their top scorer, for €18 million.

Braithwaite is here to offer Barca the breath of fresh air they so desperately need. The team has lacked pace in attack ever since Dembele was sidelined and the Griezmann–Messi duo hasn’t been firing on all cylinders. Nonetheless, against Real Sociedad, Braithwaite looked lively on the left wing.

In a tricky encounter against an opponent that had won nine out of their last ten games, fine margins would decide the two teams’ faith.

Braithwaite was a class above everyone else, mostly in the first period, and his blistering pace combined with his calmness are his biggest attributes. Something that is needed for the azulgranas.

For instance, every time a non-flashy winger or player was signed or promoted by Barca, they excelled. Recently, ‘nobodies’ like Clement Lenglet, Pedro Rodriguez or Marc-Andre ter Stegen were signed with less hype than Dembele, Coutinho or Griezmann, and one could argue that they have succeeded more than the most ostentatious of signings.

Watching Braithwaite play with such calmness and seriousness could remind culés of Pedro’s at the Camp Nou. The La Masia graduate wasn’t always treated fairly by his former club but always gave his all, until his last game in which he scored the winner against Sevilla in the European Super Cup in a nine-goal thriller.

Similarly, Braithwaite is everything that’s right with football nowadays. A determined individual that will give his all for the team regardless the opponent.

He already showed lots of positives against Real Madrid. In a match he should have probably started, the 28-year-old was introduced in the 70th minute to add pace to a soporific encounter where the reigning La Liga champions suffered from the pressure of Los Blancos after the second half was underway. He created a chance Thierry Henry would be proud of that only needed a finish.

All in all, the ex-Middlesbrough flop understands Setién’s principles to perfection. He is a discrete man that won’t be complaining about game time so openly like Arturo Vidal or Ivan Rakitic do.

Instead, his addition to the squad provides much more than just a bit of velocity and intelligence, as it incorporates team chemistry.

Having a selfless teammate is healthy for everyone involved because Braithwaite will offer his nature to a team in dire need of questioning.

Some egos in the dressing room need checking and it is not Braithwaite that will make that worse.

On the contrary, he will show that determination and complacency are two worlds apart, something world-class culés may have forgotten over the past few years.

Braithwaite is a great addition to the thin squad and will perhaps, silently, write his name in the hearts of the Barcelona supporters.