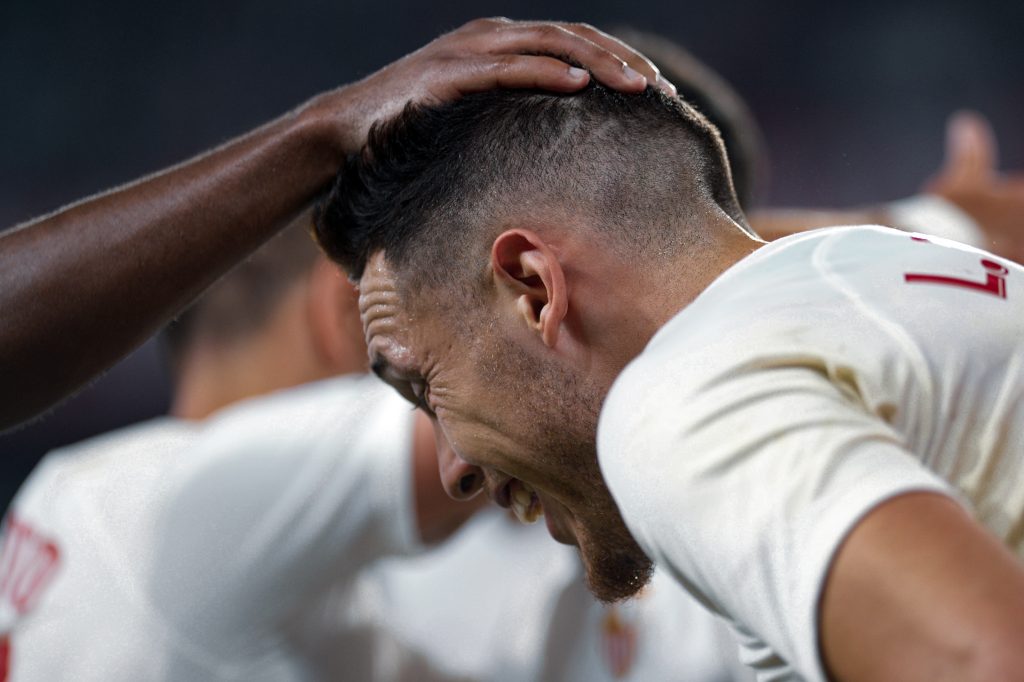 Thursday’s Seville derby between Sevilla and Betis marked the return of La Liga in Spain, but what can Barça learn from it as they prepare to visit Mallorca on Saturday?

After 93 days since the last Eibar v Real Sociedad on March 10, La Liga finally returned on Thursday as the world continues to defeat a coronavirus pandemic that has sadly caused many victims. But there was hardly a better way to commemorate the return of the vitality of La Liga than with a Seville derby. In spite of the disheartening sight of seeing an empty Ramón Sánchez Pizjuán for the historic clash of the two fierce rivals of the Andalusian capital, it was a fitting clash to kick off this new normality in Spain.

In the end, Sevilla FC achieved a vital and encouraging 2–0 victory, with second-half goals by Lucas Ocampos, from the penalty spot, and Fernando Reges, assisted by Ocampos himself after a corner kick. Coach Julen Lopetegui, who seems to have found the perfect formula for Sevilla, had much clearer ideas than his counterpart Rubi, who managed a less inspired Betis with questionable personality. Despite the enormous technical quality of Betis, with the likes of Nabil Fekir, Sergio Canales and even Barça loanee Carles Aleñá, there was no depth and threat from the flanks, and little ability to break the lines.

Sevilla got a deserved and convincing win to cement their place in the top three in the table. Meanwhile, Betis continue to have the same flat sensations they transmitted before the break. But are there any conclusions that can be drawn from the Seville Derby, which kicked off a hectic month with games every single day? What can the other teams learn from the opening post-pandemic fixture in La Liga?

For better or worse, sides will continue to have the same recognisable traits they had before the stop of football. The style of play is not lost, obviously as managers remain the same. But, surprisingly, the virtues and weaknesses of each continue to be as highlighted as before. For instance, Sevilla had a well-defined system and structure, with aggressiveness in the final third through Lucas Ocampos and ex-blaugrana Munir El Haddadi, even if they sometimes lacked some creativity when building up. Still, Julen Lopetegui’s job is commendable and highly noticeable. Even with set pieces, with Sevilla continuously aiming at the near post to create goalscoring opportunities.

❛ We were in low-risk zones, they pressed us well and we weren’t clinical in danger zones ❜

Rubi
Betis’ coach on the loss against Sevilla

Real Betis, though, were the complete opposite: huge quality to circulate the ball, but almost non-existent capacity to imbalance the Nervionenses‘ organised block. Betis had many inventive players in the centre, especially left-footed ones, but no one to offer runs in behind or out wide. Most actions had to be solved through individual brilliance rather than by generating positional and numerical superiorities or 2v1s. Nabil Fekir, their most gifted star, always had to receive with his back to goal, turn around, and then take on at least two defenders as there was no synergy or chemistry between the collective.

Statistically, Betis had more completed passes ( 415 to Sevilla’s 318 ), and even more take-ons ( 16 successful out of 21 attempts, from Sevilla’s 9 out of 21 ). But it was the locals who had more passes in the final third ( 97 to Betis’ 70 ), made more crosses ( 25 to 11 ) and more tackles ( 39 to 31 ). This data already tells a lot about both: the patience on the ball from Betis, even if excessive at times, compared to the decisiveness and clarity from Sevilla in both areas.

Mental strength is the key

Sevilla had a colossal self-belief in Lopetegui’s coherent ideas, while Betis had no confidence in others and themselves. The contrasting competitiveness became apparent when analysing the standout figures from the duel. Argentinian Lucas Ocampos seemed extra motivated as he recorded one goal and one assist, as well as being named Man of the Match. The only disappointment for him was that he couldn’t receive a standing ovation from a packed Sánchez Pizjuán.

Diego Carlos continued to demonstrate that he’s one of the centre-backs of La Liga, while his 21-year-old partner Jules Koundé was absolutely perfect in his positioning, aerially and in winning 7 out of 8 duels. The mental, physical and qualitative superiority from this defensive partnership was overwhelming. The likes of Fernando and Joan Jordán were sensational from midfield too, while Munir El Haddadi was very inspired in spite of not having been a regular starter this season.

❛ Overall, Sevilla were better than us

The players are going to be very fatigued, it’s more about mentality ❜

Betis was pure technique, but very little hunger or cohesion. The Sevilla footballers were far more ambitious, stimulated and focused, which is by no means easy after such a long break. With the uncertainty and unpredictability of these first fixtures, having a clear mind and a strong mentality could be fundamental to compete again to one’s full capacity.

Technique is not lost

While we could all have thought that the first matches would be very rusty and with players being very imprecise, the truth is that the technique and accuracy seems to have barely suffered from this break. Obviously the month of preparation and trainings has largely contributed to this, but, at the same time, the on-pitch coordination and technical movements haven’t been affected by inactivity.

It is undeniable that playing at 100%, especially in terms of physique, is almost impossible in these initial weeks. But this gets compensated by a talent and class that never disappears. Whether tactics are poor or not, the likes of Fekir, Canales or Ocampos continue to retain their magic and finesse. Similarly, technical teams like Barcelona could get less affected by the lack of actions than others. The defensive sides may suffer physically, but the quality of Lionel Messi, Sergio Busquets, Antoine Griezmann or Frenkie de Jong will continue to be appreciated by fans.

Substitutions can make an impact

No, Sevilla’s game wasn’t won through substitutions, nor did any of the goalscorers start from the bench. But still, the infinite amount of talent from the Blanquirrojos must have been scary for rivals. La Liga, as the other leagues, has allowed five substitutions per team per match, as long as they are divided in a maximum of three different blocks, excluding half-time. Moreover, 23 players can make the squad lists, instead of the usual 18. The aim is to protect the footballers’ health and fitness.

❛ If there weren’t five substitutions, we would have finished with nine men each because it was such a demanding game ❜

Sevilla, who have an insanely deep squad, took advantage of their five substitutions: Éver Banega, Youssef En-Nesyri, Suso, Franco Vázquez and Sergio Escudero were subbed on in the second half. Not a bad bench to have. Betis used the likes of Diego Lainez, Loren Morón or the veteran Joaquín Sánchez to change the dynamics of the game, but they couldn’t fix all of the Verdiblancos‘ problems. All in all, it looks like the teams with technical quality, a deep squad, and, most importantly, mental toughness and clarity could be the biggest winners from this return. Only time will tell, though.

• The quiet resurgence of Sergio Busquets