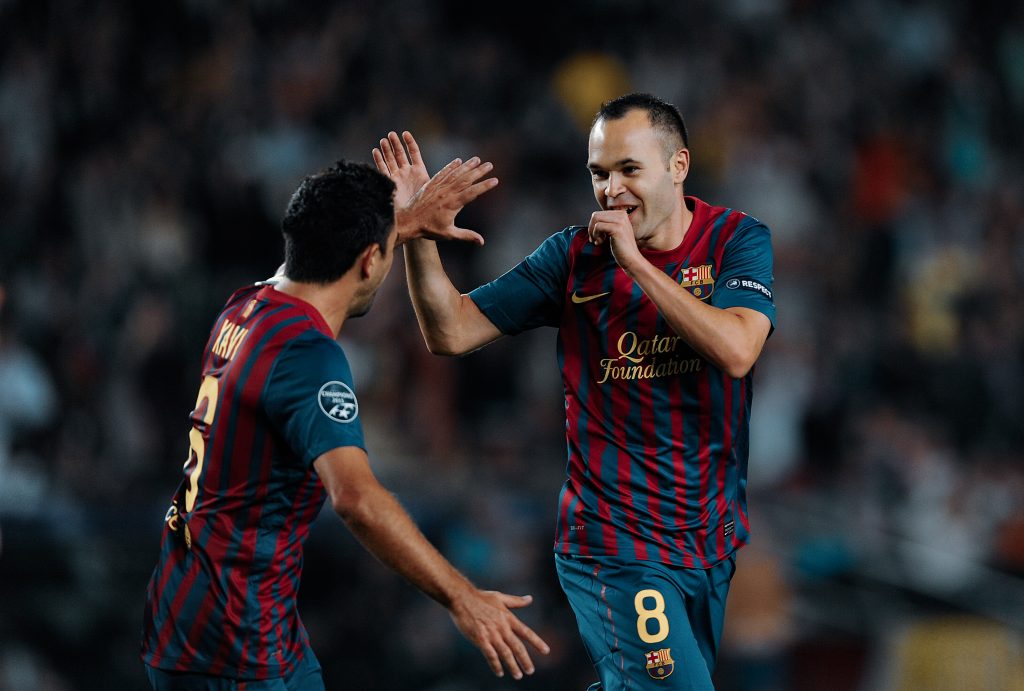 The role of the Barça central midfielders is crucial to the team playing well. They set the pace of the game and often dictate where the play goes. Many struggle to adapt to the position when arriving in Barcelona, so what attributes should the midfielders have in order to succeed?

FC Barcelona’s central midfielders must possess a certain skill set if they are to succeed at the club. In an era where the ideal midfielder was seen as strong, athletic and powerful, Barcelona redefined the position. Instead, the blaugrana opted for technically gifted players that had great ball control, passing, vision, intelligence and dribbling. This was epitomised during the most successful period in the club’s history by Xavi Hernández and Andrés Iniesta.

But there is also a different role that can be effective for the Catalan side. Players such as Arturo Vidal, Iván Rakitić and Seydou Kieta have been useful as more of box-to-box midfielders and look to make more runs in behind the opposition defence. With that being said, what qualities should the ideal Barça interior possess?

There are a number of key attributes that any of Barça’s central midfielders should have. The first is a good range of passing and vision. One of the main principles at Barcelona is to take the ball, pass the ball, so midfielders must be able to pass the ball quickly. Furthermore, they must be confident in playing short one-touch passes. Also, being able to find passes that break the lines of the opposition and create space for others is essential.

❛ Technique is not being able to juggle a ball 1000 times. Anyone can do that by practising. Then you can work in the circus. Technique is passing the ball with one touch, with the right speed, and at the right foot of your teammate ❜

Positional intelligence and awareness is another indispensable attribute that the azulgranas‘ interiors must possess. This is both in defending and attacking. Defensively, they must know when to press and be able to anticipate where the opponents are going so they can close them down effectively. In attack, the midfielders need to understand where to position themselves so that they provide an option for their team. They must also find space to stretch the opposition and not overcrowd one area of the pitch.

The final desirable features are dribbling and ball control. Inevitably, Barça’s midfielders are going to have to take the ball in difficult positions where they may be under a lot of pressure. Therefore, it is crucial that they have the confidence to receive the ball and find a way to retain it in tight spaces. This may be through dribbling past someone or being able to move the ball on quickly.

The Xavi and Iniesta model

It would be a mistake not to talk about legends Xavi Hernández and Andrés Iniesta when discussing Barça’s central midfielders. Two of the greatest to ever play this position, players should look to learn from them. Their telepathic understanding of each other meant they were always available for a pass and could keep the ball for extended periods. Their impact on the game was huge and they were always looking to be involved in the play.

❛ Sometimes without even looking at him I know where he is ❜

The area of their game that the current Barcelona midfielders could learn the most from is how they played in the final third. Xavi and Iniesta thrived in playing quick passes and one-two’s around defenders. They moved the ball at a fast rate to stretch teams and open up space. This is something that has been lacking in recent years for the blaugranas. The midfield needs to get the ball moving quicker and be aware of better attacking positions to take up. Too often, when rivals defend deep, the ball moves lethargically from side to side and there is not enough risk in finding that killer pass. Midfielders, and not only attackers, should contribute to unbalancing the defences too.

Although Xavi and Iniesta represent the model Barça midfielder, every great Barcelona team should have a more dynamic midfielder, even if it’s just as an alternative to have on the bench. These are players like Seydou Keita, Iván Rakitić, Arturo Vidal and Paulinho, who have all made a significant contribution at the club. While still very good on the ball, they offer more attacking runs in behind the defence and goals from midfield. These types of footballers are important for the team as they offer a Plan B when the usual possession-based football is not working. This is especially the case when opponents are sitting deep and it is difficult to break them down.

Barcelona have some of the most exciting midfielders in the world and a good mix of youth and older players. Iván Rakitić and Arturo Vidal are more experienced and probably coming to the end of their careers at the club, but they have been great assets for the Catalan side. Meanwhile, Frenkie de Jong and Arthur Melo are two players that are built to play for Barcelona. De Jong is the most athletic and agile midfielder and he is composed on the ball. Arthur again is excellent with the ball and they both have huge potential. However, they struggle to be as effective in the final third at times and this is where they need to improve.

❛ I like to watch the great players, the ones who are technically good and understand the game. I try to see how they move ❜

Two players who must get more first team minutes are La Masía products Carles Aleñá and Riqui Puig. They both have the potential to be starters for the Spanish champions and understand how to play Barça’s football perfectly. The two youngsters know where to position themselves and excel in finding passes that break the lines of the opposition. They could be the key to offering a more balanced midfield as Arthur and De Jong are more comfortable playing with the ball in deeper positions. Riqui and Aleñá could help the midfield be more inventive in the final third and allow Barcelona to create more chances from these positions.

• 5 years since a historic treble: What made Barça so fearsome in 2015?