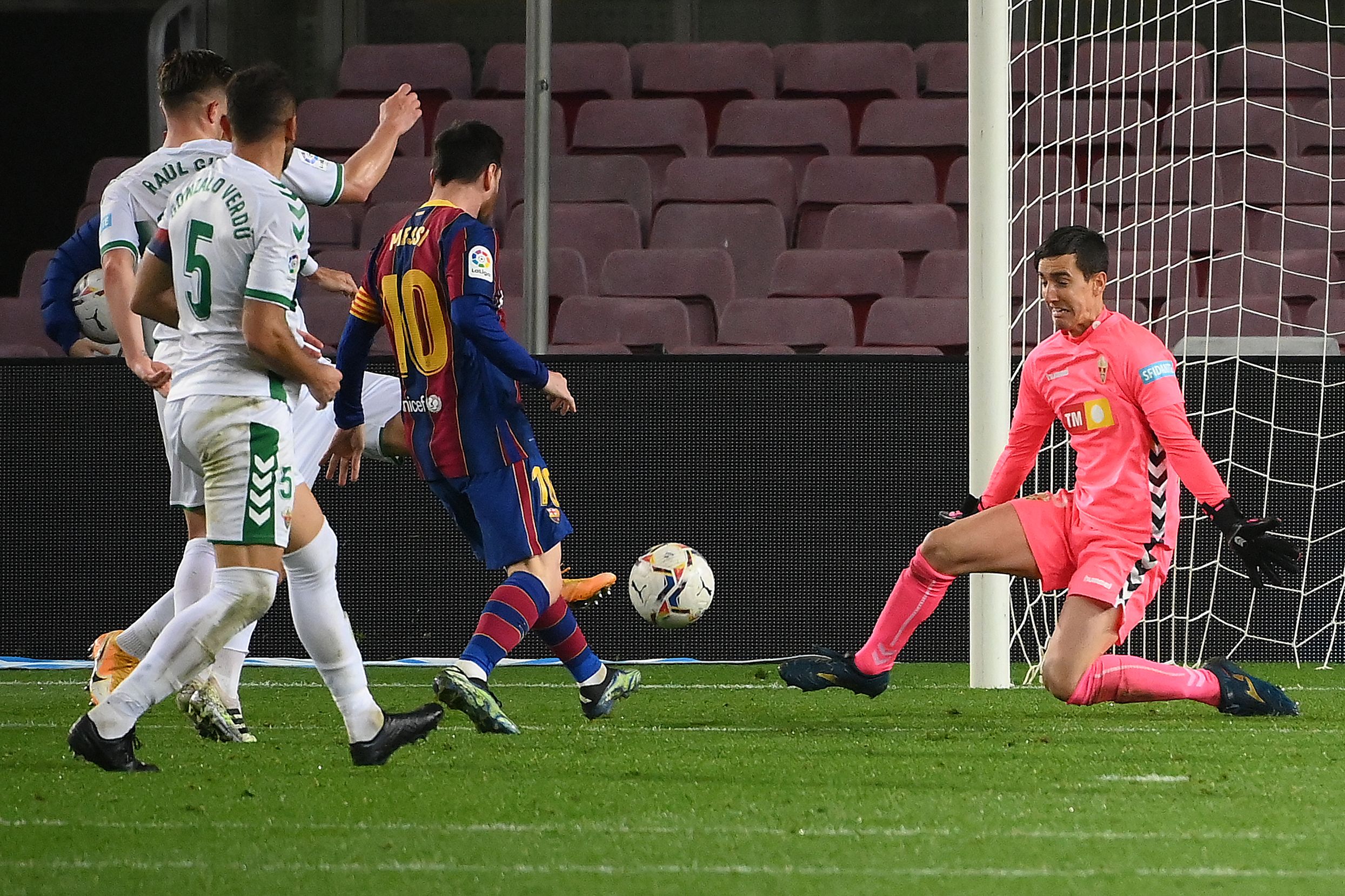 Barcelona’s Wednesday night clash against Elche in La Liga ended on a rather humorous note. Elche’s goalkeeper Edgar Badia asked Lionel Messi for his shirt at the end of the game and the Argentine duly obliged. Badia however, seemed fairly shocked when Messi asked for the keeper’s shirt in return.

Messi has been a portrait of modesty and humility throughout his career and yesterday was another fine example. Badia assumed that the superstar wouldn’t want his shirt in return, seemingly forgetting the Barcelona captain’s respectful nature.

Lionel Messi was the star of the show once again as Barcelona dispatched Elche at the Camp Nou. The 33-year-old was in stunning form, scoring two very well taken goals in a 3-0 win. With his brace, Messi now has 18 goals this season, opening up a two goal advantage atop the La Liga scoring charts over Luis Suarez.

Barcelona limited the visitors to just one shot on target throughout the match. It was a crucial win for the Blaugrana since they now have almost zero margin for error in their pursuit of Atletico Madrid for top spot in the league. Their draw against Cadiz over the weekend hampered their chances of closing the gap.

Elche meanwhile are still sitting precariously in the drop zone albeit with a game in hand over Huesca and Real Valladolid. Though the defeat to Barcelona is another setback, Badia will certainly have a memory that he will carry from the match throughout his life. Both Barcelona and Elche however, face must-win games in their season ahead.