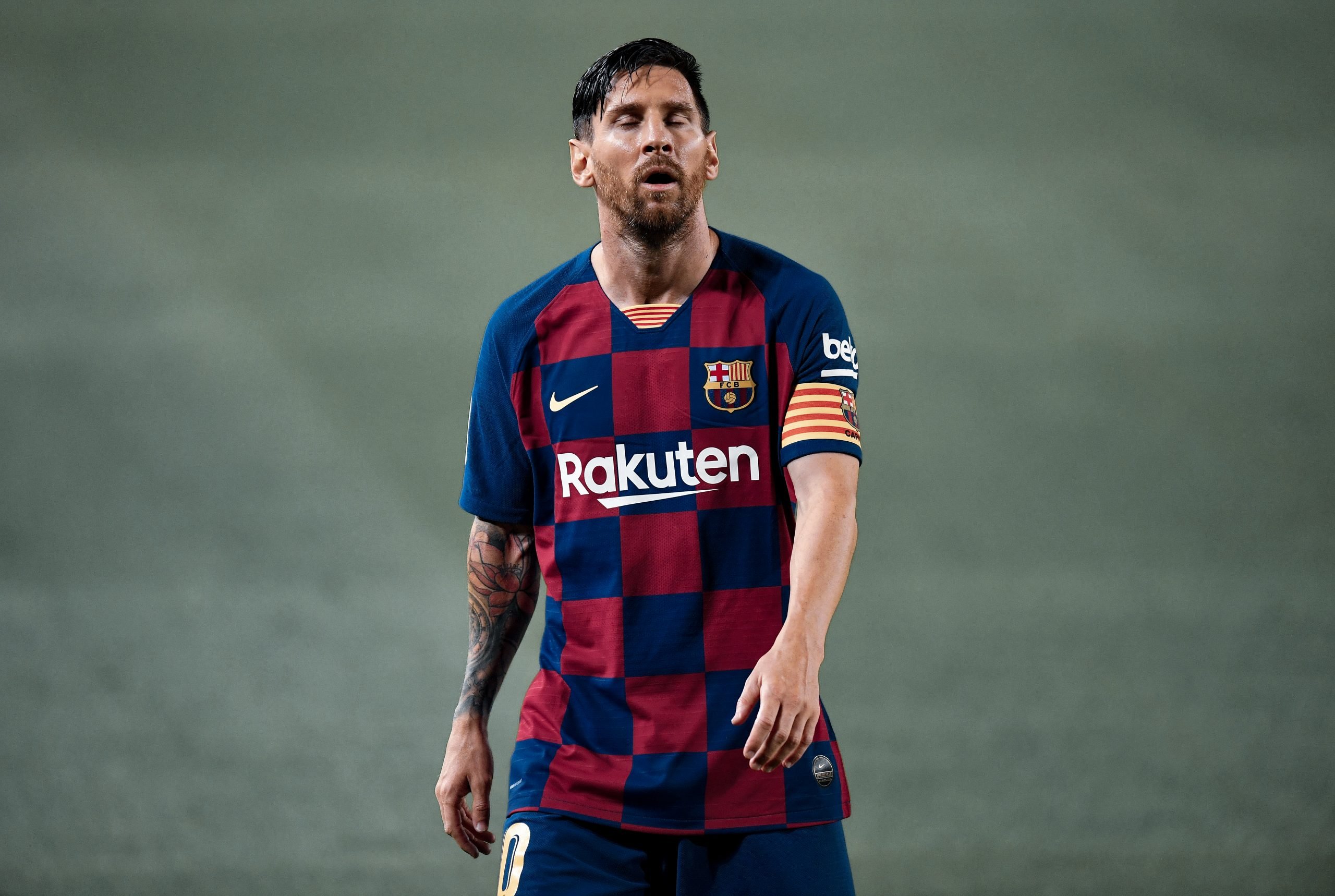 In the face of crippling debt, a pandemic, and total instability, should Barcelona have let go of club-captain and six-time Ballon d’Or winner Lionel Messi in the summer of 2020?

Barcelona’s recent financial reports have shown that the club is facing a highly alarming financial crisis. In a season where the COVID-19 pandemic has severely hindered finances worldwide, Barcelona’s situation has gotten increasingly worrying. According to reports by Onda Cero, the club have accumulated a total debt of €1.173 billion, €730 million of which, is to be settled in the short term.

Barcelona’s horrendous mismanagement over the past few years, as well as a complete lack of financial planning, have all led to this tragedy. And after going into the details of the liabilities, it is worth pondering whether selling Lionel Messi was the smart choice in the summer.

One of the biggest dents in Barcelona’s is caused by the tremendous wage bill. With over €200 million spent on player wages alone, this comes as no surprise. Add to this the ludicrous sums of money spent on transfers as well as the decreased income due to COVID, and suddenly the picture becomes much clearer. Lionel Messi has been the highest earner in world football for quite a while now, pocketing over €1 million per week, which is bound to inflate expenses.

After a dreadful trophyless campaign in the 2019/20 season and the infamous Lionel Messi departure saga, the pressure is mounting. Manchester City were reportedly ready to offer an amount upwards of €100 million for Messi in the summer of 2020, but, Josep Bartomeu took it upon himself to stamp the refusal on the move. Bartomeu’s reign finally ended, but the effects of the turmoil are lasting. Hindsight is 20/20, so Barça Universal takes the onus to discuss if retaining Messi was the correct decision.

The fiasco that followed after Barcelona’s humiliation to Bayern Munich in last season’s Champions League is no secret. Lionel Messi’s infamous burofax to the club asking to leave captured all the headlines. The Barcelona captain was stymied, however, as Bartomeu refused to negotiate with him. In his internet-breaking interview with GOAL, Messi revealed:

“Now I am going to continue in the club because the president told me that the only way to leave was to pay the €700 million clause, and that this is impossible. He told me all the time: ‘We’ll talk, not now, this and that’, but nothing. The president did not give me a clue at what he was really saying.”

“There was another way and it was to go to trial. I would never go to court against Barca because it is the club that I love, which gave me everything since I arrived. It is the club of my life, I have made my life here.”

Not selling Messi had its pros and cons. Of course, not a single Cúle wants to see Lionel Messi playing for a different club. However, other ramifications can be far more devastating.

Barcelona have been one of the highest (if not the highest) revenue generating clubs in world football for many years. But when it comes to a pandemic, nobody is safe. According to the Deloitte Football Money League, a report analysing the financial performances of the top revenue-generating clubs in the world, total revenue is down by a massive 12%. As compared to last season’s €9.3 billion, the top 20 clubs have generated €8.2 billion in the 19/20 season.

While Barcelona remain top in the Money League report, they have been severely hampered. Their revenue has fallen by 15%. The club publicly stated that if it weren’t COVID, the revenue would have been up by €174 million, as opposed to the €125.7 million decline.

The report shows that Barcelona’s revenue fall is the second worst out of the top 20 clubs. Barcelona’s matchday revenue fell by €31.9 million (20%). Due to the season’s completion behind closed doors, ticketing and hospitality took a major hit. Thanks to the abrupt halt midseason, broadcast revenues were also majorly affected, falling by €49.6 million (17%). Commercial revenue also took a hit of €44.2 million (11%) thanks to decrease in merchandising and stadium tours.

Barcelona are now looking at renegotiating with their creditors, to try and settle around €230 million in the short term. Every penny the club earns will now go towards settling liabilities.

The largest sum concerns Phillippe Coutinho’s transfer. Barcelona owe Liverpool €29 million for the Brazilian. Among the other creditors are Ajax, Real Betis, Braga and so on. Barcelona also still owe money for players like Malcom, Arturo Vidal etc. who no longer pay for the club.

The report further suggests that of the €730 million short term debt, €256 million is owed to banks, €164 million to the club employees and around €260.5 million to miscellaneous creditors and negotiable securities.

Barcelona are not alone, with clubs like Roma (€204m), Juventus (€90m), Milan (€195m) etc. also reporting major losses. However, Barcelona’s trend of profit has been suddenly offset. And they have also reported losses from their other sporting teams like basketball and handball.

Like many other clubs, #FCBarcelona have become increasingly reliant on player sales with average annual profits from this activity nearly quadrupling in last 3 years to €127m, including Neymar’s lucrative sale to PSG in 2018. However, 2020/21 budget only assumes net €28m. pic.twitter.com/cgcyMRQB8H

Now, we come to the enormous wage bill. The wages constitute 74% of the club’s total income, which is highly worrying. Back in November, in light of the pandemic, all the players agreed to take pay cuts of up to 70% to keep the club’s head above water. This led to savings of €122 million, but it was not enough in the long run.

Following Bartomeu and Co.’s resignation, Carles Tusquets, interim president of the management committee stated that the club will have to slash their budget by €300 million to sustain. There were talks about massive restructuring to the wages, including that of Lionel Messi’s.

The chaos surrounding Barcelona’s presidential elections has made matters even worse. With the elections finally scheduled for 7th March, it will be interesting to see what Barcelona’s stance is on selling Messi. Joan Laporta and Victor Font will want the Argentine to continue. However, Toni Freixa does consider selling Messi, since he believes it lies in the club’s greater interest.

There can be no doubts about Lionel Messi’s worth to FC Barcelona. He is often worth way more than what he costs the club in the grand scheme of things. However, it is now time to consider another aspect.

As of January 2021, according to the terms of his contract, Messi is free to negotiate with any club. If he were to leave, he would leave for free. And the consequences of that would be even direr. The decrease in the wage bill added on to whatever sum Barcelona could have acquired for him would have considerably decreased the debt.

In all likelihood, selling Messi in the summer was the smart choice. Now, the outcome of the presidential elections will play a massive role in the decision of selling Messi. The rumour mill has not stopped churning news of his move to Manchester City or PSG. But selling Messi is not going to be a simple decision. Even if he were to stay, the contracts must be altered.

Barcelona’s new project should look beyond the talismanic Argentine and focus on honing youth. The club can no longer afford to spend exorbitant amounts on transfers from other clubs either. In conclusion, selling Messi in the summer is now perhaps a missed opportunity. Still, Barcelona must now find a way to make his stay viable financially as well as from a sporting perspective.