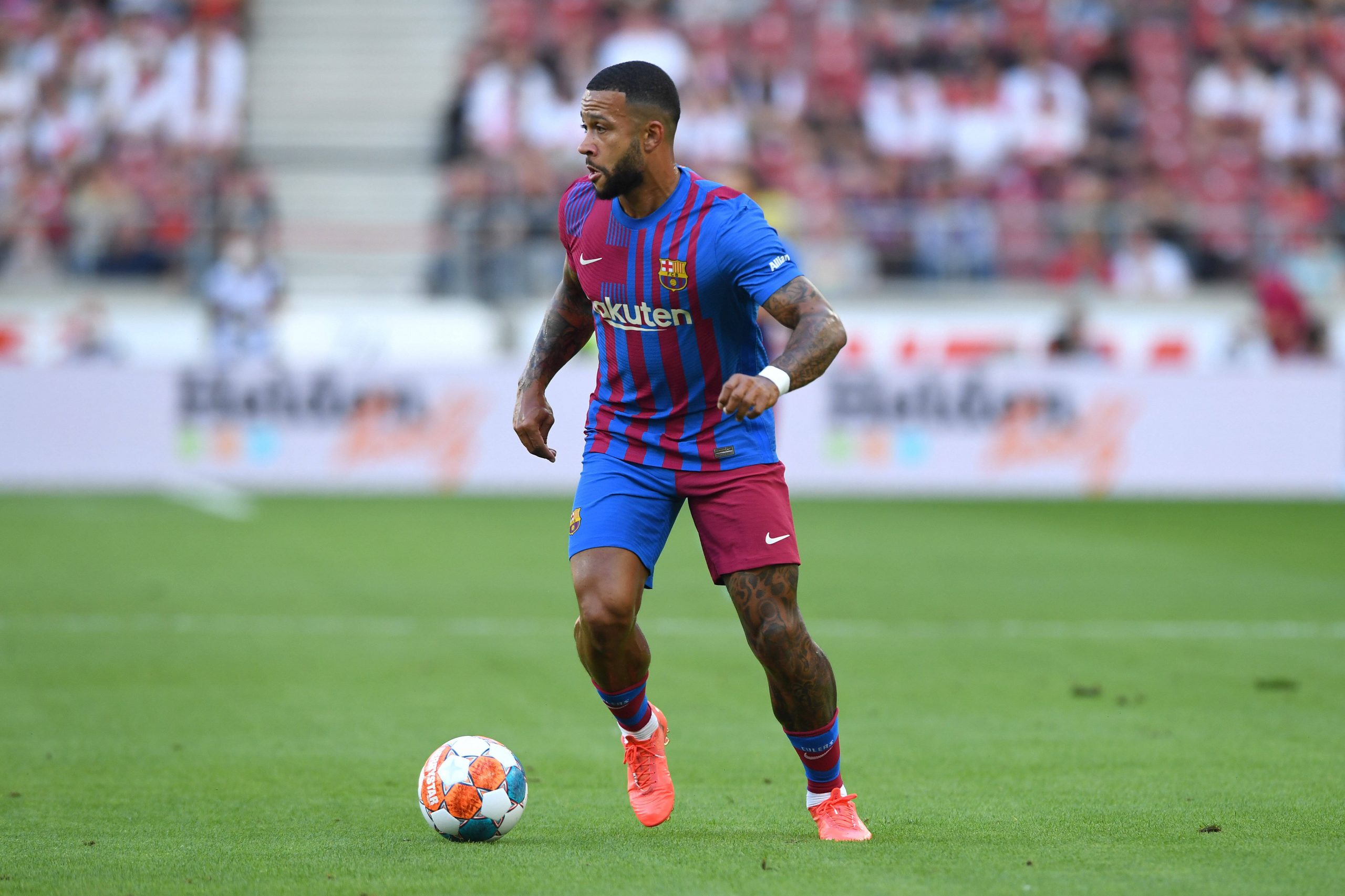 Barcelona are currently playing against VFB Stuttgart in Germany. This is the Catalans’ third match so far in the pre-season, and it has offered a number of players their first full debuts for the side, one of whom is the newly signed Memphis Depay.

In Ronald Koeman’s lineup, the Dutchman has been deployed as the target man in the final third, as well rotating in his role as a winger, and thus far into the match, he has been a consistent source of danger for his side.

Darting into the box, he has shown his character in and outside the box, combining well with his teammates.

On this occasion, in particular, he made a run into the penalty box, getting into a one versus one situation with a Stuttgart defender. His rather skilled and dangerous take on culminated in what he believed to have been a foul in the box. No penalty was awarded for the incident, however.

Depay did go on to score a goal minutes later, courtesy of a pin-point pass from Frenkie de Jong. That’s 2/2 for the Dutchman in pre-season friendlies.