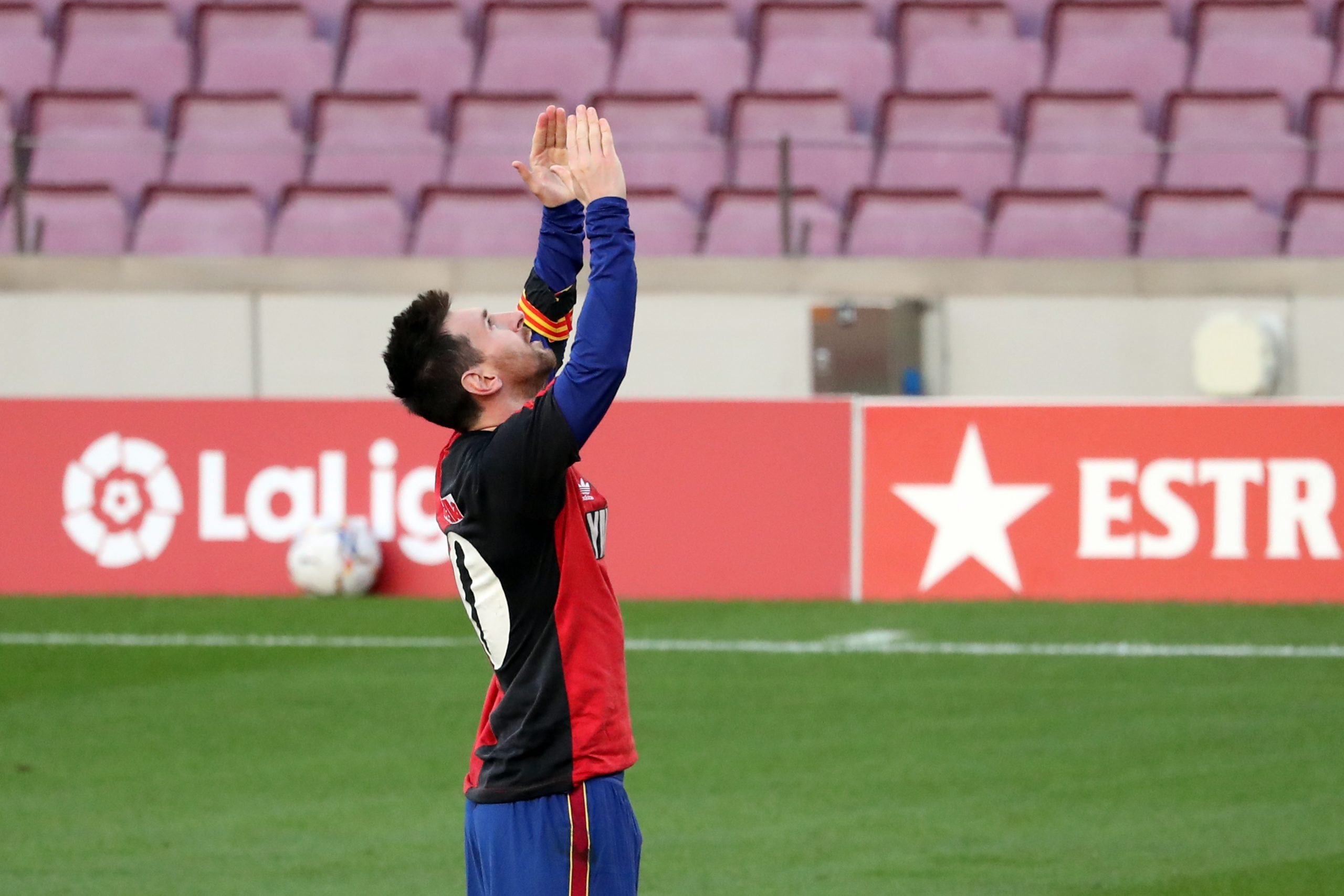 On Sunday afternoon, Lionel Messi scored a thunderbolt goal against Osasuna, and paid tribute to the late Diego Maradona with an iconic celebration, unveiling a Newell’s jersey of the Argentine legend.

The first one is a 90+2′ late winner against Real Madrid, at the Santiago Bernabeu, entirely silencing the stadium with his celebration. The second one is against Liverpool’s wall Alisson Becker from a long-range freekick, and last but not least, his celebration after his goal against Osasuna, which surprisingly was very similar to one of Maradona’s goals at Newell’s.