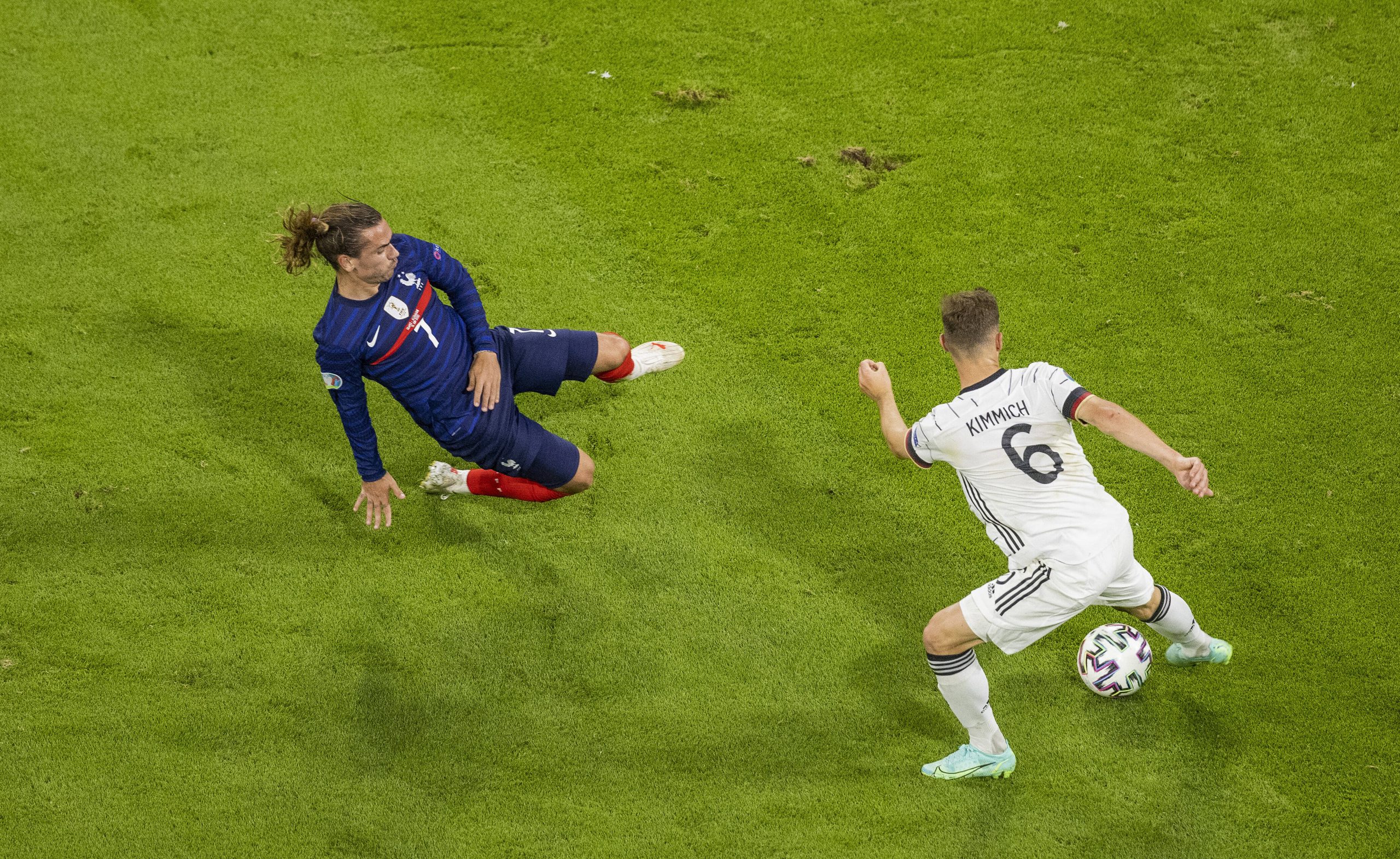 Photo by Moritz Müller via Imago

Rather predictably, that is exactly what materialised in France’s 1-0 win against Germany in what is probably the hardest group in the competition, as the Frenchman, in the 84th minute, depicted a spectacular work rate with some incredible pressing against the Germans.

Even in his lowest moments at Barcelona, Griezmann was always lauded for his spectacular defensive work rate and pressing against opponents.

Even in the 84th minute, despite starting, the attacker showed highly impressive levels of physical resilience as he went on to press 4 opponents one after another, only to tackle the final opponent just as play was building for a throw in.

The Frenchman has always stood out in terms of breaking opposition momentum in crucial moment’s and that is exactly what he did last night against Germany as France were holding on to a 1 goal lead owing to an own goal from Mats Hummels.

Just as it looked like Germany were keeping possession and making plays, Griezmann reliably was used as a ball winner, speaking to his versatility as an attacker.

France next take on Hungary in the “group of death” of the competition on Saturday, hoping to maintain the quality they showed against Germany. Based on the first set of matches in the competition, they do look to be the favourites to win it.