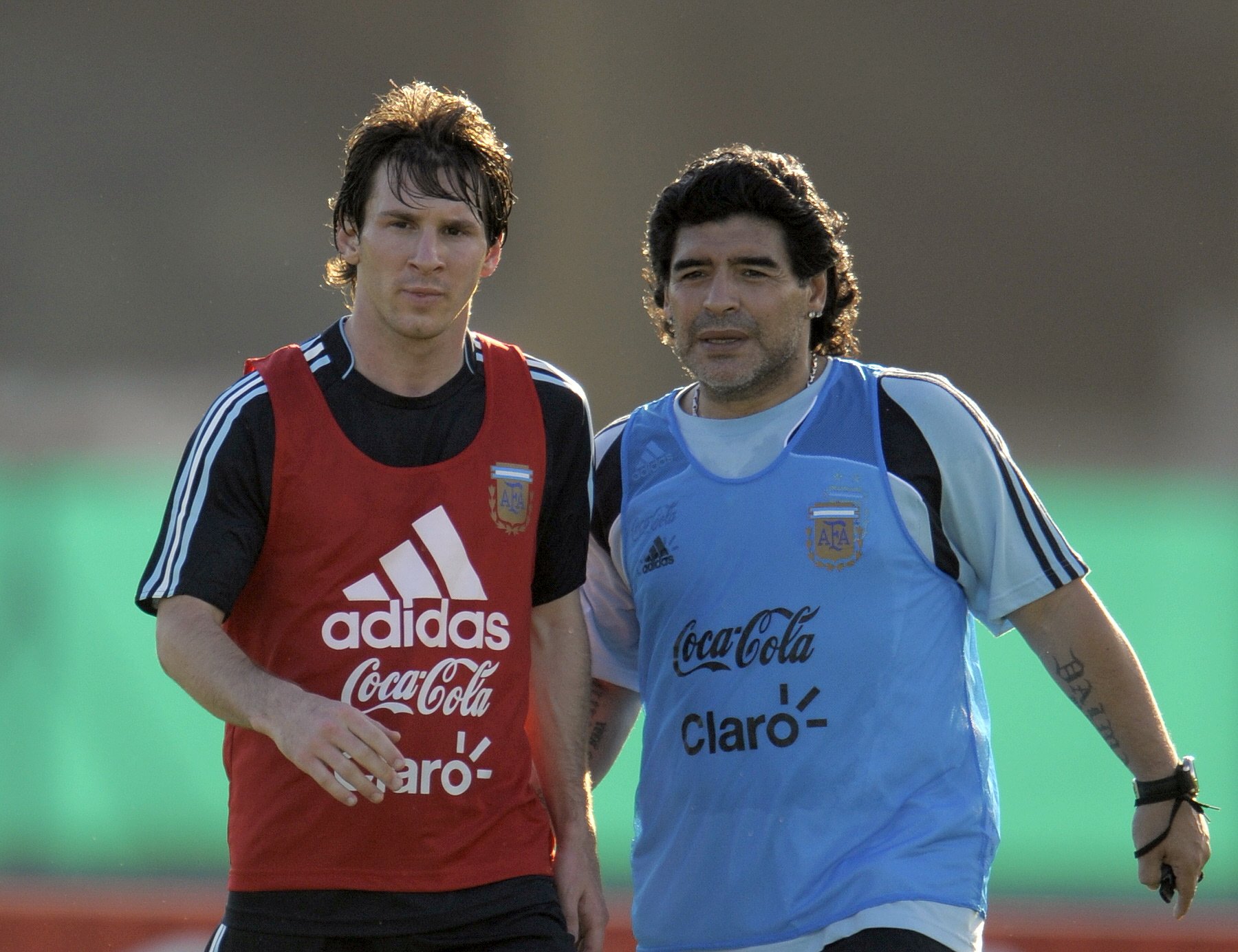 The world was cursed with the demise of the legendary Diego Maradona on November 25th, and football was not the same since. Tributes and homages flooded the streets of Barcelona, Argentina, and Naples for days, while several clubs across the globe took time out during games to pay their respects for the World Cup winner.

A personal hero to many, including Barcelona captain Lionel Messi, the six-time Ballon d’Or winner paid homage to him by revealing Maradona’s Newell’s Old Boys shirt with #10 at the back after scoring a belter of a goal against Osasuna. He continues to speak highly about his late compatriot, saying that not in a million years will he come close to Maradona, hailing him as the greatest ever.

Leo passes the ball to Maradona, who lays it off in another for the La Pulga to chase direction as an agility drill. An emotional footage for fans around the world, but especially for followers of the La Albiceleste.