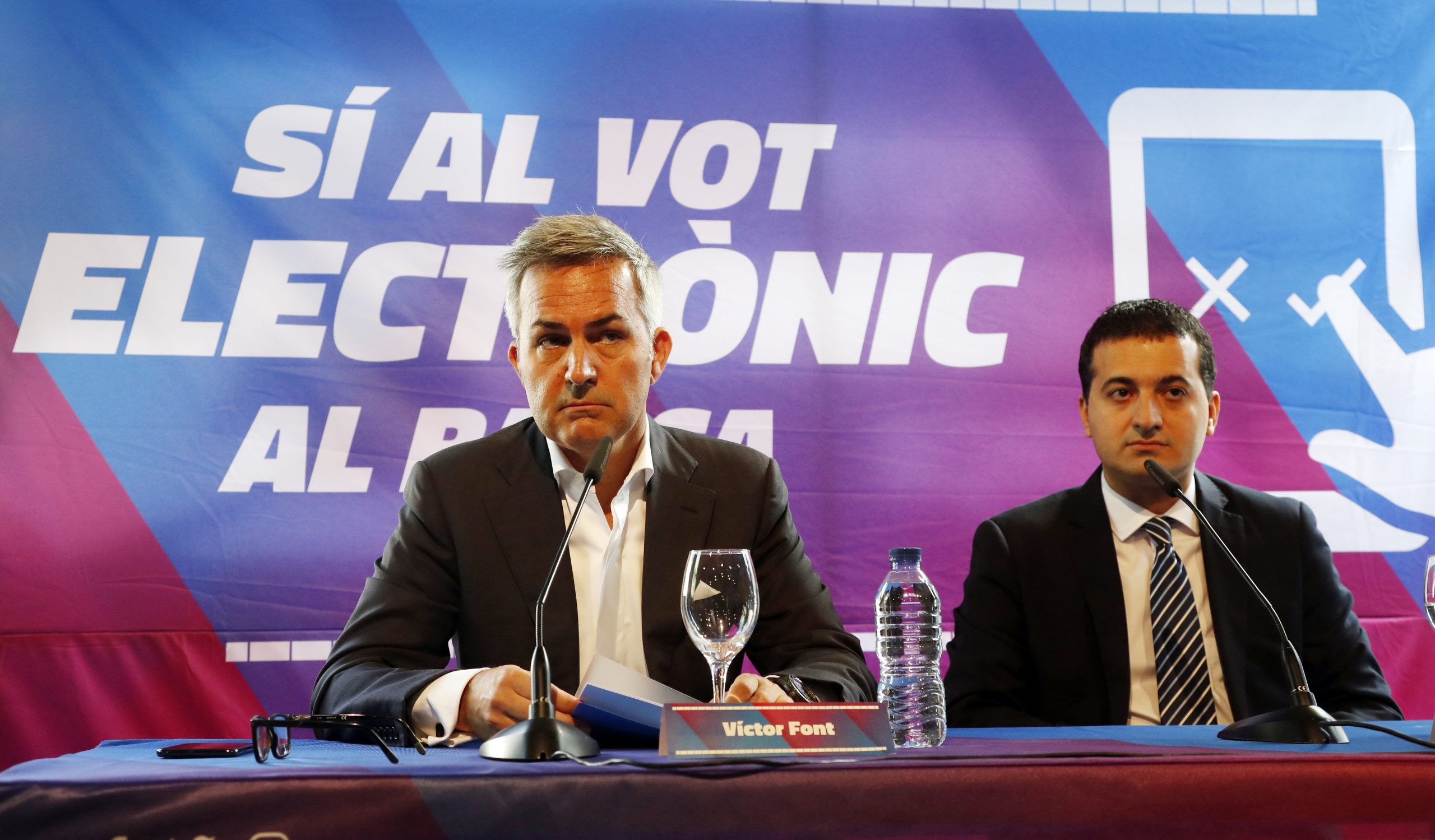 As February starts to come to close, the Barcelona presidential elections seem to be just around the corner, and the race to become the man to lead the club into the new is continually getting tighter. What started as a friendly beginnings from Victor Font and Joan Laporta has soon turned to be a game of trash talk.

Yesterday, Joan Laporta revealed his sporting project and the names that would accompany it. It comes no more than a week prior to the elections taking place, and it seems Font does not like the idea about the same. As relayed by Mundo Deportivo, Font took a jab at Laporta, saying his ways were archaic, “Laporta implies that with the memory of the past it is already enough… And in 2021 there is nothing that resembles his era. Everything has changed and nothing from his experience works today.”

He continued to speak about Laporta, saying that he has not assigned roles properly, and is just throwing around names: “Laporta has not submitted a role distribution chart; he has not explained how he will carry out his project. He is accompanied by several people, but he has said nothing.”

Font did not hold back his criticism of Laporta, accusing of him and his team of not having a clear project for Barcelona: “I say that the ‘the emperor has no clothes’ because many people want Laporta when he doesn’t have a clear project.”

He continued on the same beat of the drum saying, “I’m accused of criticizing Laporta. I don’t criticize Laporta. We’re in the elections, and if I can’t explain my project, I’ll stay at home. The fact that he doesn’t have a project isn’t my opinion. They don’t have a plan.”

“Mr. Laporta has introduced people who support him, but he has explained nothing,” Font said in regards to Laporta’s project unveiling through Facebook Live yesterday.

Font took one final jab at both the other competitors, saying that their plans have been improvised and edited at last minute, while his plan still stands strong from the first minute: “It must be made very clear that members must vote for clear plans that haven’t been improvised. The other projects have clearly been improvised.”