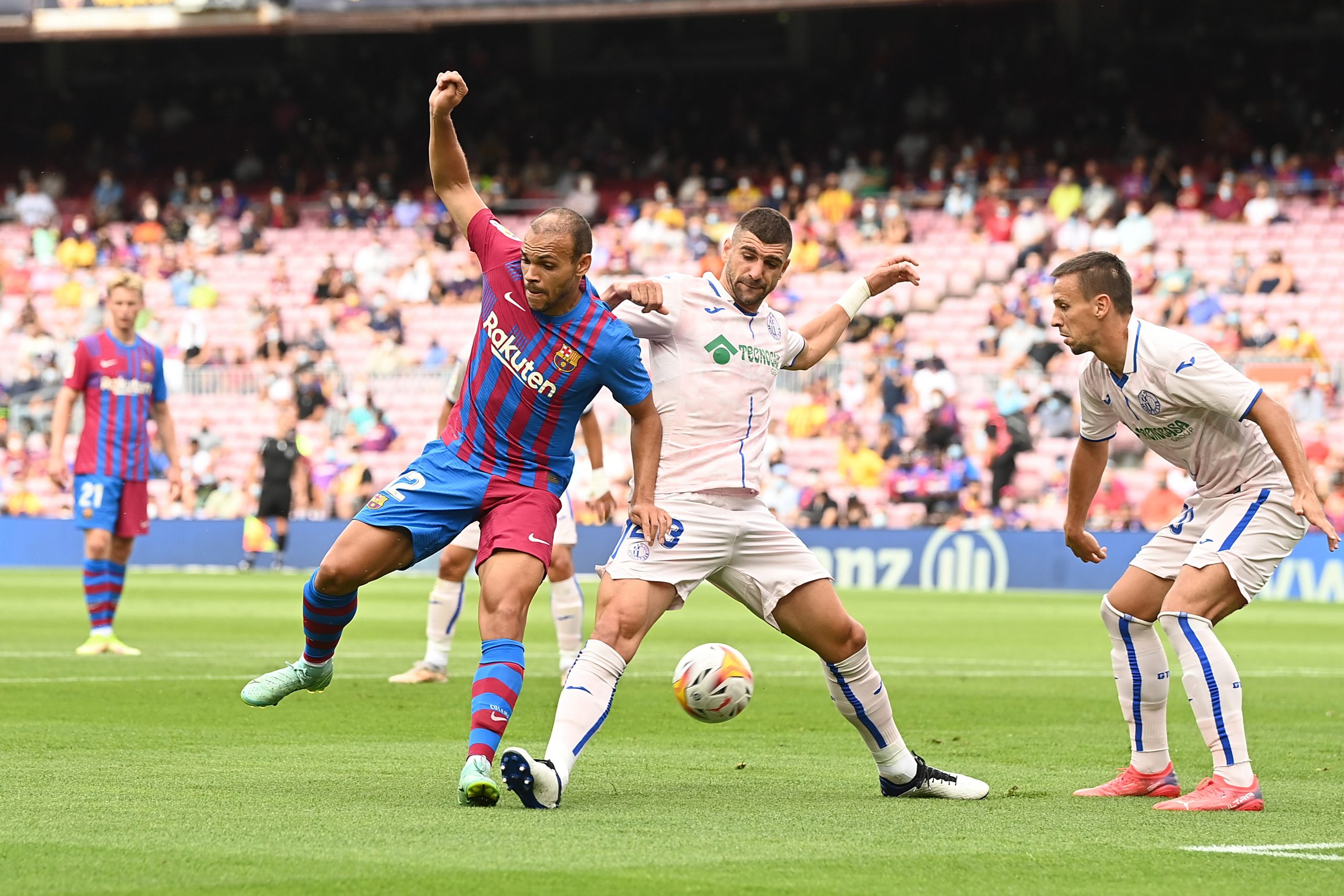 There was a period in Barcelona’s timeline this season when Martin Braithwaite was the hero of Camp Nou. Though the Dane was seen as a liability at the time of his signing, his incredible work ethic and work-rate on the field made him a fan favourite in Catalonia.

However, the past year has not been kind to him. Luuk de Jong’s sudden rise to prominence reduced Braithwaite’s role to the bench under Xavi Hernandez. Moreover, the signing of Pierre-Emerick Aubameyang has made almost ostracised him from the manager’s plans.

With several key signings planned for the summer, it goes without saying that Barcelona are working hard to pioneer departures. Braithwaite is one of the names on the list of potential transfers away from Camp Nou.

According to reports from Gerard Romero, Valencia are interested in signing the 30-year-old. Los Che have predominantly relied on Maximiliano Gomes to cover the centre-forward position this season, but Braithwaite could serve as a valuable backup option for the manager.

The Dane has only started three games for Barcelona this season in La Liga. However, he has scored two goals and provided one assist in that duration, averaging a goal every 120 minutes.

Barcelona are eyeing the signing of Robert Lewandowski in June, and seem to be in pole position to pull off the same.

Aubameyang’s rise coupled with the possible arrival of Lewandowski means Braithwaite will see little to no game-time come the 2022/23 season. The best solution for all parties involved would be to secure a departure for a generous fee in the coming summer for Braithwaite.