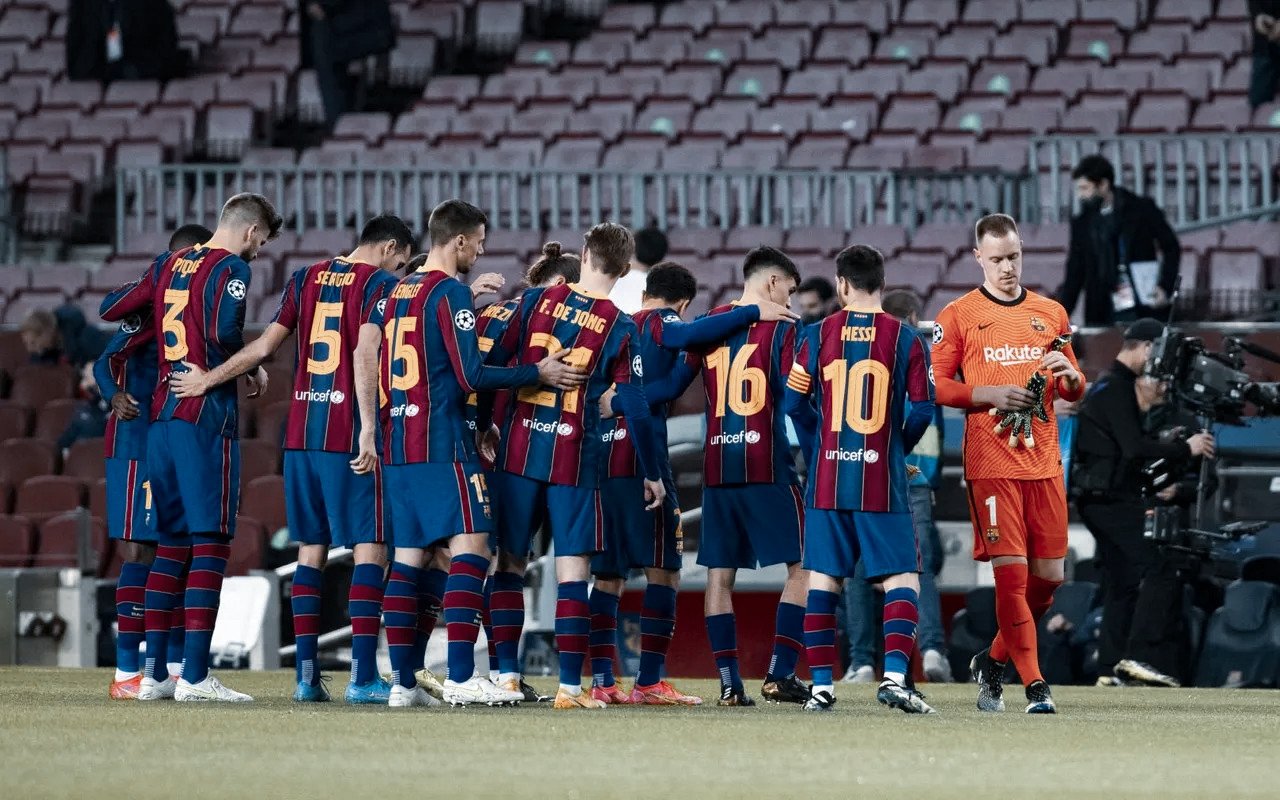 If you had to build a team that matched the style of Barça’s first eleven, what would it look like? Who are the Lionel Messi’s and Sergio Busquets’s of other clubs around the world? Let us dive into these questions using statistics.

The ability to identify similar players can be very beneficial in football. That knowledge can be applied to pinpoint transfer targets as potential replacements for an outgoing star, to gain a deeper understanding of how an unfamiliar opposition plays and who their main threats are, and more.

In the modern age, data plays a massive role in this. Here, the concept will not be as serious as crunching numbers to analyze an opponent or maximize efficiency in the transfer market, rather it will be more of a fun look at the Barça squad.

Essentially, we will be using player statistics to answer the question: What if you had to replace each member of the Barcelona lineup with another player from world football? Not in a fantasy way of building a dream eleven, but identifying players who best match the tendencies of the current team.

To find the next best thing to Lionel Messi, Frenkie de Jong, and company, data from Wyscout for the 2019/20 league season will be used. Each position group – centre backs, full backs, centre midfielders, and attackers – starts off with a sizeable group of metrics relating to their style of play, before a factor analysis is performed.

The factor analysis looks at how all the players in the position group performed across the variety of individual metrics, before attempting to reduce the number of data points by creating factors that reflect relationships between those metrics.

For example, it picks up on the fact that attackers like Messi, Neymar, and Bernardo Silva tend to drop deep and be very active in buildup. This is reflected by their high tallies of actions like passes and passes into the attacking third.

So, it can use those trends to create one factor representative of that style, allowing the 25-30 metrics for each position group to be reduced to five or six numbers, which is much easier to interpret. After that, cosine similarity can be used to find a player’s closest match.

In terms of the players involved, this is the Barça eleven that will be used based on a mix of who has played the most over the course of the season and Ronald Koeman’s recent choices.

Because of his injury issues, Ousmane Dembélé did not play enough in the 2019/20 season to generate even a decent sample size, so his 2018/19 statistics were used instead.

Finally, for Marc-André ter Stegen in goal, factor analysis will not be used. There are not enough useful metrics available for the goalkeeper position, so a more simple search will be performed. His matches will be found by looking for players who are similarly active in possession, accurate passers, and possibly have a similar physical build. With that in mind, time to get into the results.

To present the outcomes of this analysis, we will have multiple alternative lineups based on certain criteria. First up are players with a Transfermarkt market value of €25 million or higher. Here is each Barça player’s closest match:

Two young Bundesliga centre backs anchor the backline. At left-back, Robertson’s delivery style may differ from Alba’s, but the Scotsman offers a similar end to end stamina. On the right, Bellerín slots in as a La Masia product himself.

This midfield sees Jorginho take the reigns from Busquets as the metronome, while Pedri is replaced by a fellow wonderkid in the emerging Neuhaus. Seeing Frenkie de Jong matched with Arthur may be a bit surprising. The Dutchman has certainly improved this season and contributed in a wider variety of areas, but this goes to show that he needed time to gain confidence, just like Arthur was.

The wings are occupied by big names who have commanded massive transfer fees. Dembélé matching with 2019/20 Hazard can also be seen as a bit eerie given both of their injury struggles. Neymar, the former protégé, slots in for Messi, giving the side another former Barcelona connection.

Probably the biggest surprise comes with Mason Mount taking over for Griezmann. The Chelsea midfielder’s place here is certainly reflective of the unique, often unsuitable role the Frenchman played in 2019/20, where he had to perform quite a bit of “midfielder” work and was not as involved in the goals as he would have liked.

Jonathan Tah joins Edmond Tapsoba from that first lineup as Bayer Leverkusen centre-backs highlighted here. At right-back, Dest is replaced by another one of the position’s brightest young talents in the Brazilian Dodô.

Manor Solomon, another Shakhtar Donetsk youngster, comes up on the right-wing. Given the Ukrainian club’s history of smart recruitment and the number of talented players they have who seem to fit Barça moulds (attacking full-backs, possession-based midfielders, inverted wingers), it definitely looks like a good place to scout.

The Camp Nou was recently home to a great performance from Leandro Paredes, albeit for the opposition. Fellow Ligue 1 midfielder Soumaré has been attracting lots of interest from the big Premier League sides for his recent play.

Filling Messi’s spot here is PSV’s Mohammed Ihattaren. He may be unknown to some, but the teenager’s top-flight experience at a big club and callups to the Dutch national team back his ability.

Onto the next squad, which brings up some under the radar players, with the market value ranging between €5 to €15 million.

In goal, Yann Sommer played a big role in getting Borussia Mönchengladbach, ter Stegen’s former club, to Champions League football. On the attacking side, he is joined by his teammate, the well-rounded Lars Stindl.

Dragović becomes the third Bayer Leverkusen centre back to feature here. To his left, another big club alternative comes in for Alba and this time from Barça’s arch-rivals.

Moro (22), Wendel (23), and Kent (24) bring some younger legs to the side. Kent, in particular, has looked very impressive under the management of Steven Gerrard and is now looking to secure a league title while advancing in the Europa League.

Covering for Messi this time is another one of football’s ageing stars. While he may not have reached his peak until later in his career, Josip Iličić is making the most of it. He has put up excellent numbers across the board over the last few seasons, propelling Atalanta into Italy’s top three and the knockout stages of the Champions League.

To finish off, how about we look at a lineup of only young players? Here is the U-23 alternative eleven:

Some familiar names present, but with no market value range, there are a few relatively unknown footballers here. Sancho, the new star on the wings at Dembélé’s former club, would undoubtedly have to shoulder a lot of responsibility if this were a serious side. However, there is some real talent here.

Flavius Daniliuc is certainly one to watch for the future. A former member of both Real Madrid and Bayern Munich’s academies, the Austrian teenager, is now getting his first taste of top-flight football with Nice.

Frenchman in midfield Claudio Gomes is another solid prospect. He came through the Paris Saint-Germain academy and has represented France at each youth age group from U-16 to U-20. Gomes has made a short appearance for the Manchester City first team in the FA Cup this season, but at 20 years old, he could be on the move soon in search of first-team football.

The potential for forward Michel Vlap to become world-class may have run out, but he is definitely a serviceable player. After reaching double figures for goals in the Eredivisie in 2018/19, then the Belgian first division in 2019/20, the Dutchman earned his move to the big five leagues.

Of course, not much deeper insight can be drawn from this. The analysis here is done almost purely on a hypothetical level, as opposed to trying to prove anything. It does reveal some interesting trends, though.

We were able to highlight how Neymar has evolved to become more Messi-like, how Bayer Leverkusen use ball-playing centre backs similar to Barça, how Shakhtar Donetsk has some intriguing talents that Barça could monitor (several others were not mentioned), and more.

It does also make fans think about having to actually replace the likes of Messi and Busquets when they move on. Who will slot in for them for real when it is time?