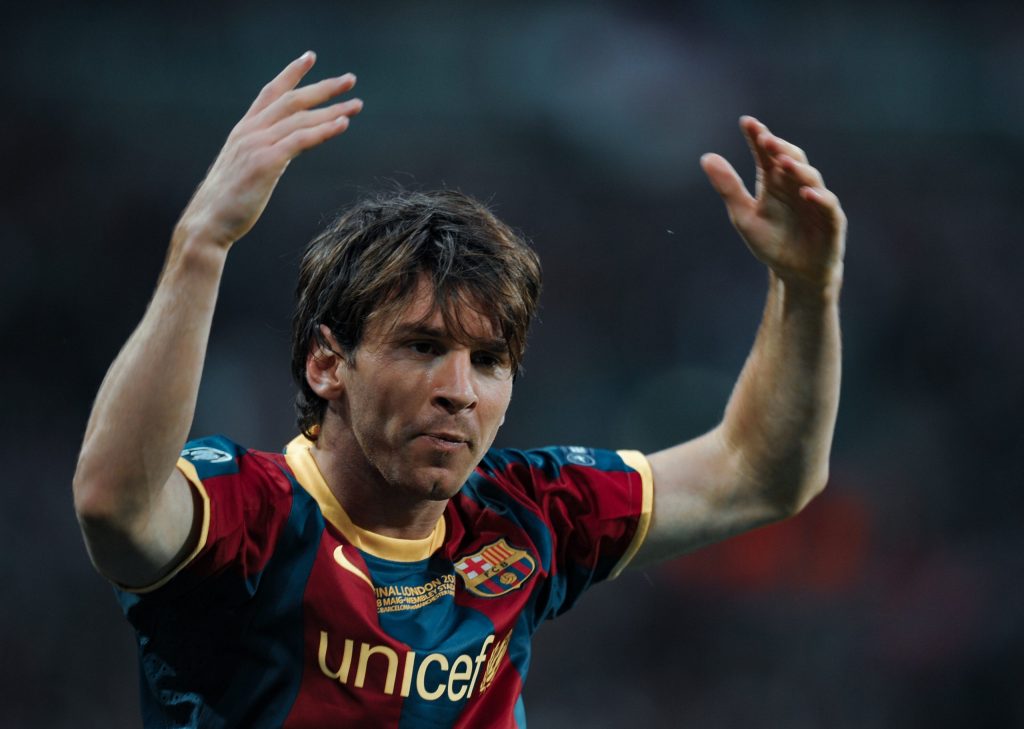 With plenty of time to kill during self-isolation, we suggest five memorable and truly unforgettable Champions League games that deserve to be rewatched all over again.

Getting through quarantine is tough. Getting through quarantine without football is very tough. Or, better said, it would be very tough. Thankfully, the fact that there are no live games does not prevent us from enjoying the beautiful game. While the raw emotions disappear when we already know the outcomes of the match, it is worth rewatching those brilliant collective performances, individual exhibitions and tactical masterclasses that will be deeply etched into the minds of the spectators for years. Now that people all around the globe will have plenty of time to do unusual activities, we present a list of 5 epic Champions League matches which we recommend to recall again.

The pinnacle of Pep Guardiola’s football. Despite the result cannot be considered a thrashing, it is hard to imagine a greater display of dominance in a European final than the one from Barça in 2011. While United went into half-time with a 1–1 draw, there was nothing they could do once the likes of Busquets, Xavi, Iniesta or obviously Messi grabbed the ball. The Argentinian would be named Man of the Match as the MVP trio – Messi, Villa, Pedro – all got on the scoresheet. After the clash, the Red Devils’ manager Sir Alex Ferguson would say: “They are the best in Europe, no question about that. In my time as a manager, I would say they’re the best team we’ve faced. Everyone acknowledges that and I accept that. It’s not easy when you’ve been well beaten like that to think another way. No one has given us a hiding like that. It’s a great moment for them. They deserve it because they play the right way and enjoy their football”. Carles Puyol letting Éric Abidal wear the captain armband and lift the trophy after having beaten cancer made of that day an even more unforgettable one for the culés.

The last final of the 20th century didn’t disappoint. As the game entered the three minutes of injury time, Bayern could already see themselves celebrating. Nevertheless, Ferguson’s Manchester United pulled the unexpected in a matter of two minutes. In the 91st, Peter Schmeichel ventured up to Kahn’s penalty area for a desperate last corner kick. After a chaotic set piece, the ball fell straight to Sheringham, who scored the equaliser. While Bayern had been leading since Basler’s opener in the 6th minute, it looked like the Premier League side had forced extra time. Still, there was one more moment of epic. Substitute Ole Gunnar Solksjær, current United coach, netted the winner in the minute 92:17. In less than 120 seconds, Man U had pulled a fightback and left the Bavarians devastated.

“And Solksjær has done it…” | Photo by Imago

Talking about unexpected events, the Miracle of Istanbul could never be overlooked. One of the greatest games in a Champions League final, and one of the greatest comebacks in football history, took place in the Turkish city in 2005. Within the first minute, captain Paolo Maldini already gave Milan the lead, before Hernán Crespo’s brace before half-time would make the 3–0 gap look definitive for the Italians. They could not be more wrong. From minutes 54 to 60, the scoreline went from 3–0 to 3–3. Gerrard, Šmicer and Xabi Alonso made the impossible possible. Anything could have happened in the remaining half an hour and extra time, but history wanted Liverpool’s comeback to have a positive outcome for them as Dudek became the hero in the penalty shootout. The Reds were crowned European champions for their fifth time, defeating the favourites and legendary AC Milan.

And, if we have introduced comebacks, we could definitely not ignore La Remontada from Barcelona in 2017. The 4–0 advantage from Paris Saint-Germain in the first leg should have been enough, but, as Luis Enrique said, “if PSG scored 4 goals, Barcelona can score 6”. Said and done. Barça got off to a perfect start in the first half with Suárez’s opener and Kurzawa’s own goal, before Messi made it 3–0 by converting a penalty in the 50th minute. There was heartbreak awaiting for the azulgranas, though. Cavani’s goal in the the 62nd minute left the Catalans needing three more goals. It seemed to be over. Especially as Barcelona could not find the net with the passing of the minutes. Until, with the clock entering the 88th minute, Neymar stepped up in one of his last brutal performances before moving to his opponents that night. With a stunning free-kick and a penalty, now there was only one goal left. It was Neymar himself who delivered the cross for substitute Sergi Roberto, the unlikely hero. With this strike in the 95th minute, Barça advanced into quarter-finals with a memorable comeback, even if they would later be knocked out by Juventus. That said, that did not make the clash with PSG any less epic.

From Barcelona we move to their bitter rivals Real Madrid. After years without tasting continental glory, Los Blancos had to suffer for La Décima. The final 4–1 makes it look as if Madrid had been clearly dominant, but it wasn’t always like that. In fact, thanks to the immense work and efforts from Simeone’s Atleti, the rojiblancos were one inch away from their first ever Champions League trophy thanks to Godín’s goal. Yet nothing is over until it’s over, and in the 93rd minute Sergio Ramos equalised with a characteristic saving header. Atlético were heartbroken and Bale, Marcelo and Cristiano Ronaldo put the final nail in the coffin as Ancelotti’s Madrid won their tenth European Cup title in impressive fashion.

Once more, Sergio Ramos appeared when needed the most by the madridistas | Photo by Franck Fife/AFP via Getty Images

Johan Cruyff: The Journey
What did you think of this article?