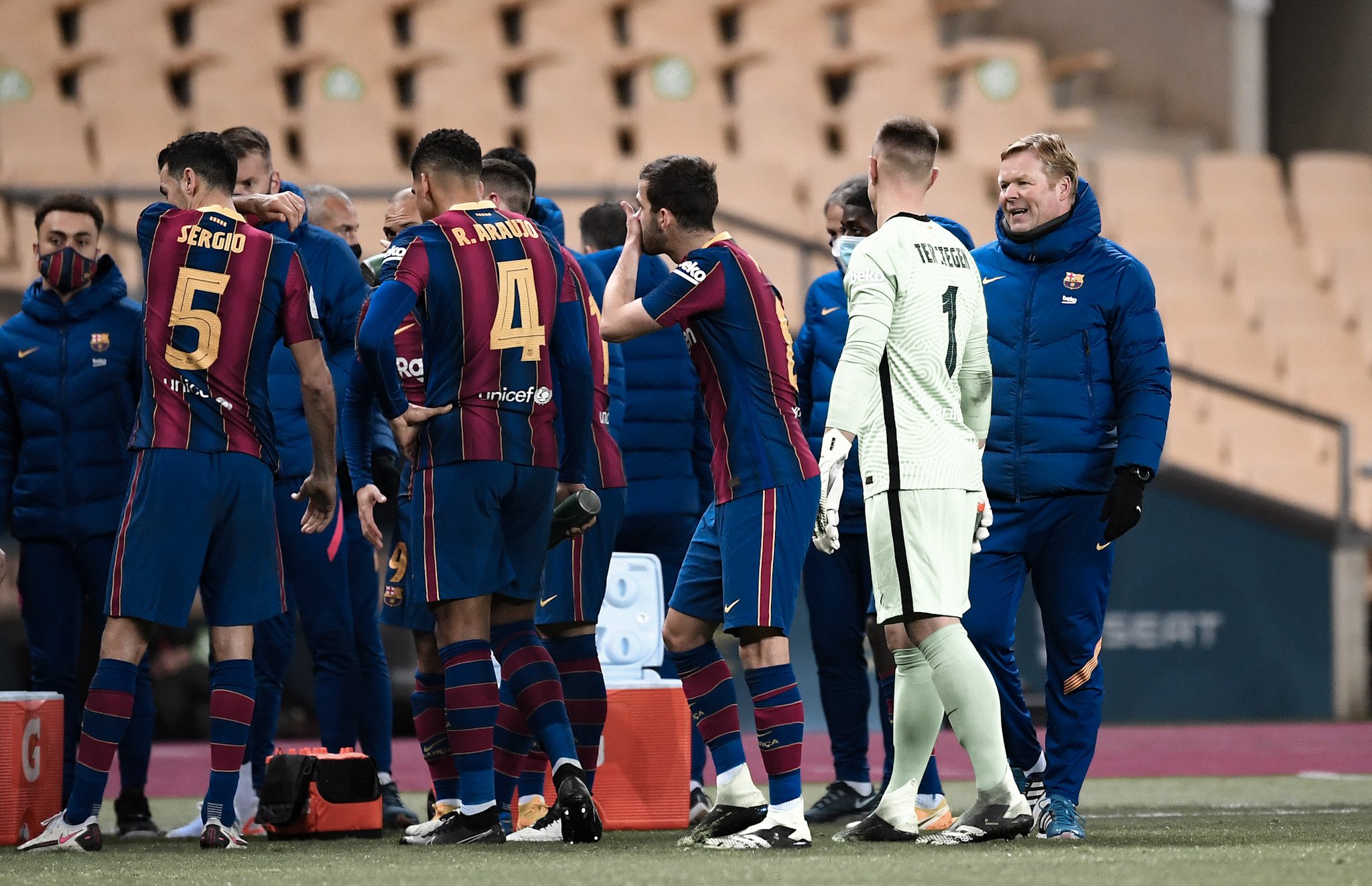 After an upsetting loss in the Supercup final, Barcelona take on UE Cornella in the Copa del Rey. Barça Universal brings you the match preview for the upcoming David vs Goliath battle.

Competition: Copa del Rey, Round of 32

After a thoroughly disappointing loss against Athletic Club in the Supercup final, Barcelona will now travel to Camp Municipal de Cornella to take on fellow Catalan side UE Cornella. The two sides will go into this game with completely different levels of morale. Barcelona, having let a trophy slip and Cornella having won the biggest game in the club’s history.

The Segunda B side are playing at the highest level in their 70-year history. They will go into this clash brimming with confidence. After a 1-0 win vs Atletico Madrid, pulling the biggest upset of the cup so far, they will hope to go one better by beating their neighbours Barcelona.

The Blaugrana however, with the pressure mounting on their shoulders, must not be rattled. The Supercopa loss is a bitter pill to swallow, but they must reset and go again. Ronald Koeman will look to avoid another disappointment at all costs.

Cornella have been in decent form of late, with just the one loss in their last 5 fixtures. Coincidentally, losing to Barcelona B back in December. Alex Collado scored the winning goal, and considering the fatigue most of Barça’s regular first teamers will be carrying, the youngster could feature at some point. Cornella however have drawn both of their previous games, but they will go all out against Barcelona, proving that their win against Atletico Madrid was no fluke.

Barcelona after their 4 game winning streak though, must bounce back in this fixture. With Lionel Messi out following his suspension against Athletic Club, Barcelona will most likely have to rotate their team in order to keep the players fresh for the league game against Elche over the weekend as well.

This will be the first time Cornella and Barcelona will face off in an official fixture. The Segunda B side will be undeterred though. As they are looking to create history once again. They will throw everything they have against the 30 time Copa del Rey champions.

Barcelona will most likely roll out with a heavily rotated side. After two back to back games going to extra time, the Azulgranas will be cautious with the first teamers. They will have to be prepared to work hard as Cornella will be compact and hard to break down.

Ronald Koeman could return to his double pivot 4-2-3-1 setup, perhaps giving Riqui Puig his first start of the season. The Dutchman will however have his hands tied due to the unavailability of Sergino Dest. Barcelona will have to be smart with their use of the wide areas, since Cornella are likely to sit deep.

What to expect from Cornella?

Guillermo Fernandez’s Cornella side will most likely roll out with the same side that secured their historic win over Atleti. Defender Adrian Jimenez might be the only injury related absentee. He was the goalscorer against the Rojiblancos. However, if he were to miss this clash, Cornella could deploy their usual 4 man defense with the versatile Borja Garcia occasionally dropping between the central defenders.

Cornella will keep their lines tight and look to capitalise from any set pieces and on the break. Fernandez’s men will have to be extremely disciplined.

Cornella’s top scorer this season, the 32-year-old winger will be instrumental in leading their charge against Barcelona. Since the left-back will have to push up to deal with Cornella’s deep block, Gila will have space to exploit which he will burst into at every opportunity. The Spaniard’s great crossing ability from the wide areas will also be something to watch out for.

– Barcelona’s first team and Cornella have never faced off before.
– Cornella play on one of Spain’s smallest professional grounds, with a capacity of just 1500.
– Cornella have kept a clean sheet in three of their last CDR fixtures.

In spite of the heavy rotation, on paper Barcelona still have plenty of quality to beat their Catalan counterparts. Cornella though, will try to show the magic of one-off games again. However, Barcelona are still the heavy favourites heading into the tie.