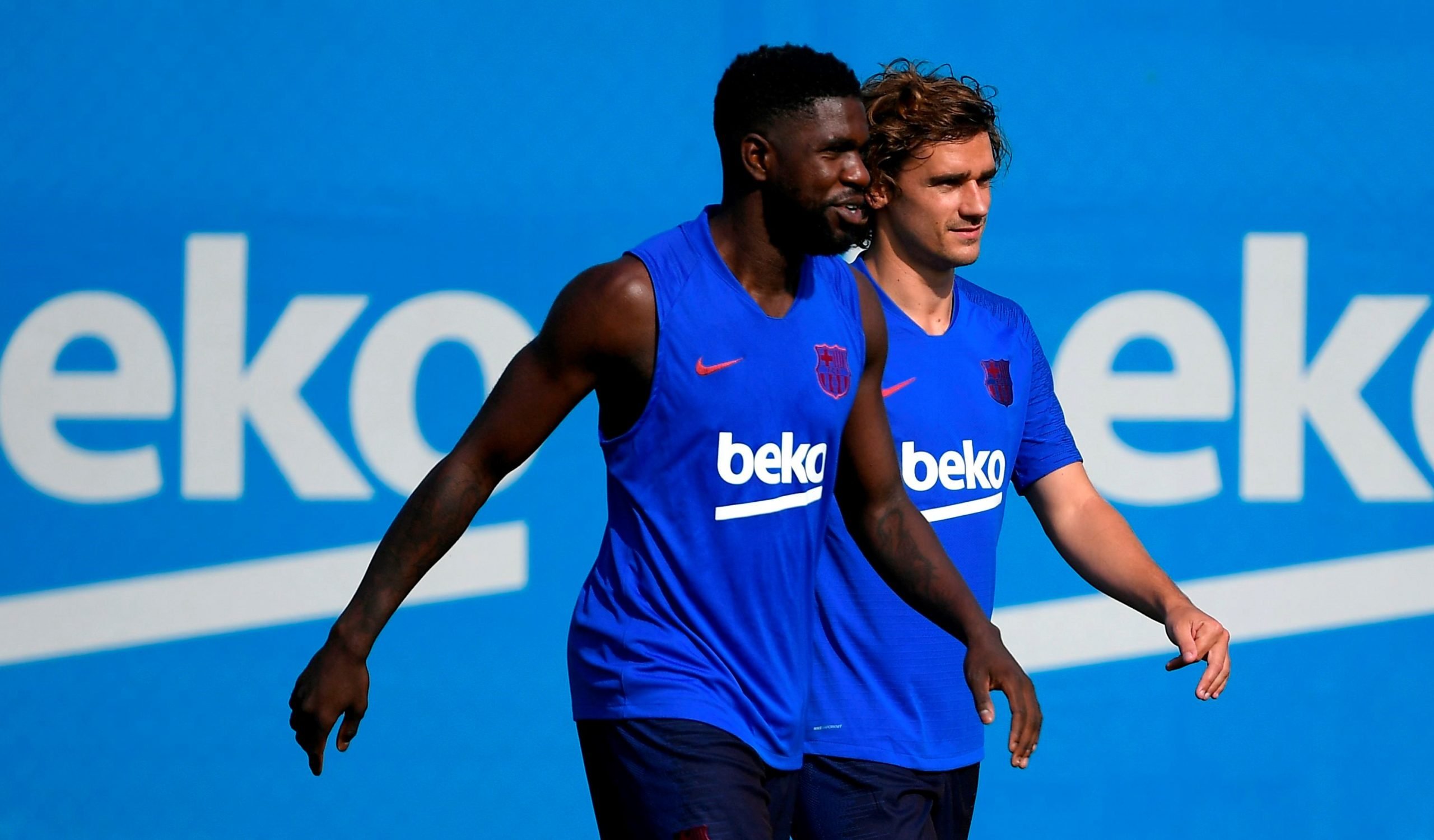 Eric Abidal’s tenure as Barcelona Sporting Director saw multiple players French players join Barcelona, primarily due to the immense pool of talent the country boasted of. This included some sensational talents such as Clement Lenglet, Ousmane Dembele, Jean-Claire Todibo, and two players who are far from having a pleasant time at the club — Antoine Griezmann and Samuel Umtiti.

Griezmann was one of France’s best players at the 2018 World Cup, and was awarded the Man of the Match in the final of the prestigious tournament. Joining on the back of a stellar campaign with Atletico Madrid, where he scored 15 goals and set up nine, Griezmann had huge expectations on his shoulders.

This was also reflected in Griezmann’s Transfermarkt value of €120 million. However, his playing position was occupied at the club by none other than Lionel Messi, who operated in the same position on the pitch, despite starting as a winger on paper.

Owing to that fact, Griezmann has continued to underperform through his time at Barcelona, being let down by one attribute or another. 16 goals and six assists in 50 appearances in the league is far from the return the club would have wanted from the World Cup winner.

This underperformance meant that — according to the latest Trasfermarkt update — Griezmann’s value has been halved to €60 million. He has been linked with a move away from the club for a few months, however, any rumour looks far from possible.

Another player who has seen his market value dip meteorically is Griezmann’s compatriot, Samuel Umtiti. At his peak, in 2018, on the back of winning the World Cup, Umtiti boasted of a transfer value of €70 million, which was one of the highest among defenders.

Unfortunately, a series of injuries, and his position being overtaken by Clement Lenglet means that Umtiti’s transfer value has hit a personal all-time low of €10 million. The defender is the fifth choice in a team that has five central defenders, with even B team player Oscar Mingueza ahead of him in the pecking order.

The French duo will have to get back to their level best if they want to return to the peak of their transfer value. For Griezmann, who is nearing 30, reaching €120 million might be a tough task. Being a centre-back, Umtiti, at 27, has enough time to become one of the best in the world.