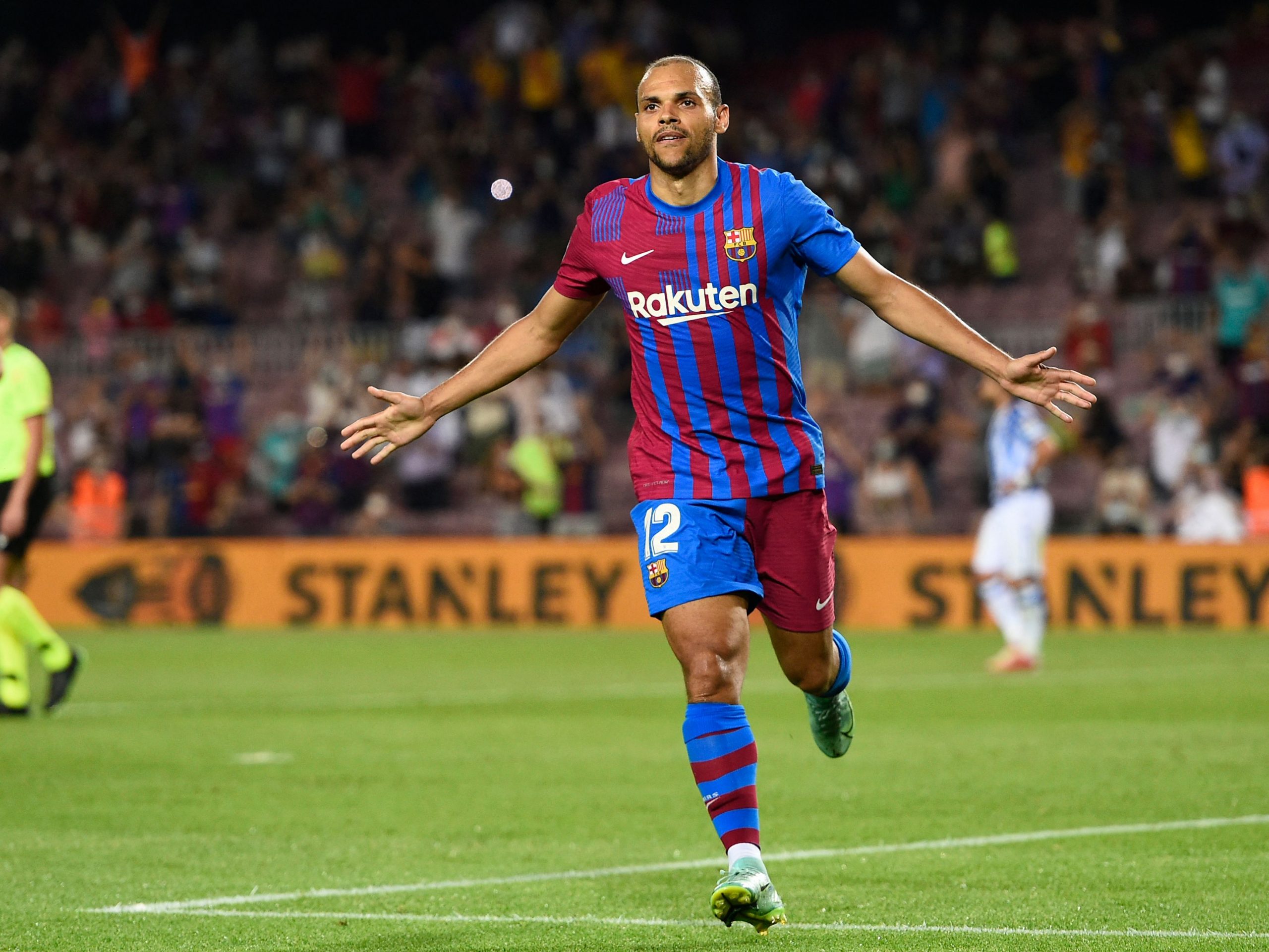 With Barcelona securing the signing of Ferran Torres from Manchester City, there could be a possibility that one of the existing forwards could be shown the doors. More so, considering the emergence of youngsters like Ez Abde and Ferran Jutgla who have made a huge impression under Xavi Hernandez.

One name that has been constantly linked with an exit since the summer is that of Martin Braithwaite. Signed from Leganes in the winter of 2020 in a deal worth €18 million, the Dane has featured 56 times in all competitions, scoring ten times.

The 30-year-old started the ongoing campaign well, before an injury sidelined him, with the former Middlesbrough striker is still in his rehab and yet to make a return to action. However, there may be a chance that he does not remain a Barcelona player for much longer after his return.

Fichajes is reporting that the Catalan giants are very much open to offloading him and two clubs from the Premier League, in the form of West Ham United and Norwich City, have shown an interest in securing the services of the forward.

The report mentions that there is not much interest in Braithwaite from anywhere else, which has meant that the Blaugrana are open to negotiating with the two Premier League outfits only. However, the Denmark international is unlikely to favour a move to England.

Braithwaite endured a forgettable stint with Middlesbrough and does not wish to return to English shores. This means the chances of a move to West Ham, who are competing in the Europa League, and Norwich, who are fighting for safety in the English top-flight, look extremely slim.