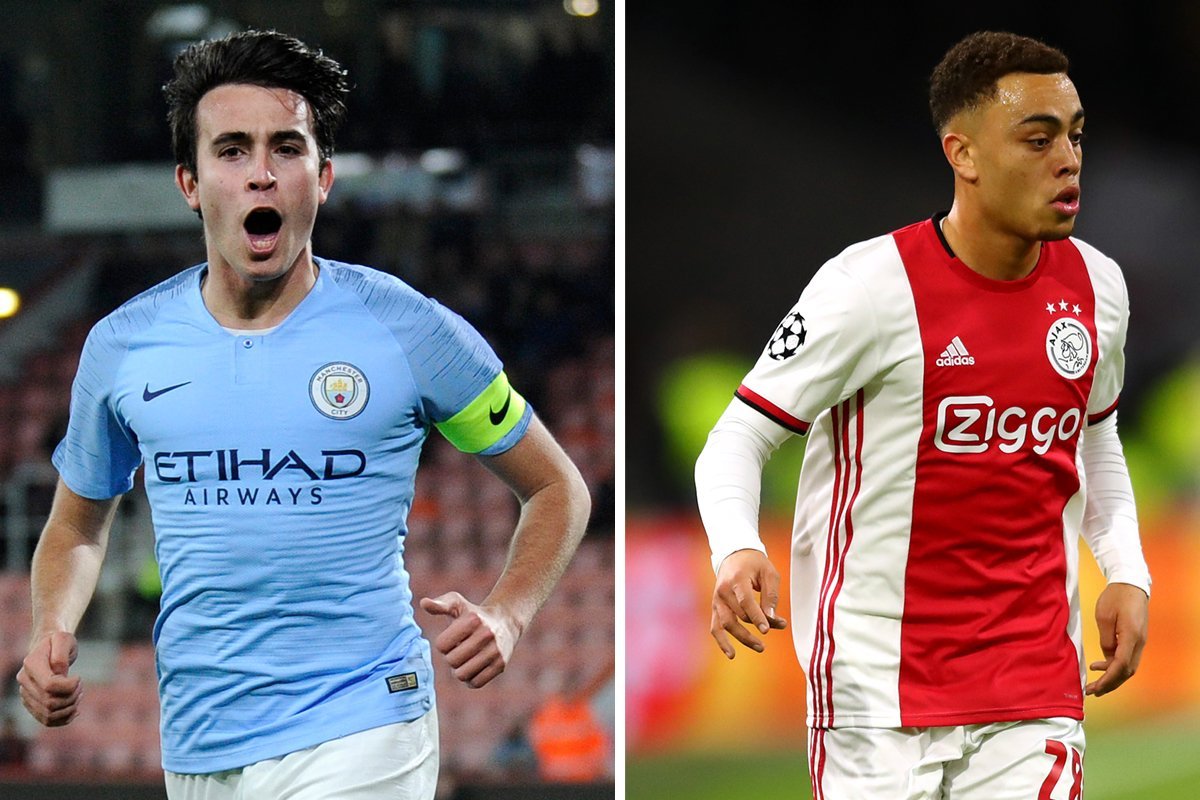 FC Barcelona is actively looking to strengthen its defence, especially after the Champions League disaster in Lisbon. The club is currently working on the exit of Nelson Semedo, and expects to raise €40 million from the Portuguese ready to use in the summer transfer market. The Catalan club has two defenders on its radar: Ajax youngster Sergino Dest and La Masia graduate Eric Garcia.

Eric Garcia has been on Barcelona’s radar for a long time now, but since Manchester City never wanted to sell the 19-year-old, official contacts had not taken place. However, Garcia communicated that he will not renew his contract with the English club, and is looking for an exit. Reports from Barcelona claim that the Spanish defender wants to move to the Catalan club and revive his old days.

Manchester City has set a price tag of €18 million for Garcia, but Barcelona is still trying to lower his price. Both parties know that the youngster will be able to leave for free next year, so while City does not want to risk losing him without raising money on him, Barça does not want to overpay either.

Garcia has played a total of 76 games in the Manchester City jersey, of which 23 were with the first team. The player has also already made his debut in the Champions League. The reason why Barcelona is extra attentive to the player is that the 19-year-old is a La Masia graduate, hence very familiar to Barça’s ideology.

While Bayern Munich is actively working to sign Sergino Dest, after successfully completing the reopened Bundesliga season as champions, Ajax has refused Bayern’s first bid for the player. Dest has spend a wonderful time at Ajax, playing in 37 games with the first team. Coming from the Dutch club’s youth, he is also crafted with a similar idealogy as Garcia.

Even though they are still fighting for the 19-year-old, Barcelona will be back in the race once Semedo’s departure is finalized. Multipe reports insist that Barça will be leading the race to sign the American international, also because he probably sees more guaranteed play-time at the Catalan club. While Kimmich is comfortably playing as a right-back at Bayern, Barça has some serious problems at that position, since Sergi Roberto is often used as a midfielder. Barcelona is lucky that Dest is a great admirer of the Catalan club, but if Bayern will overpay for the right-back, Ajax would probably not hesitate to sell the player.