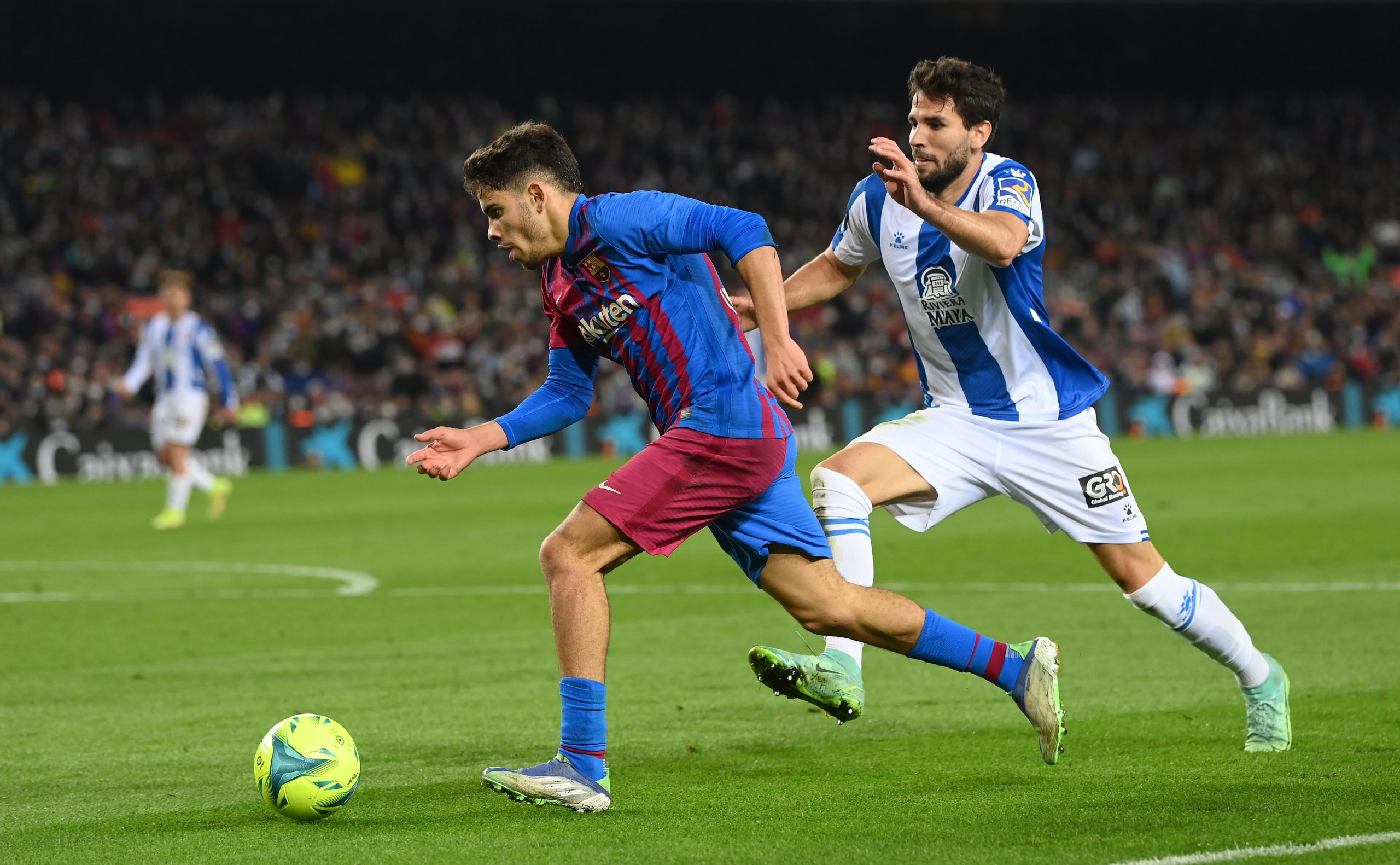 Over the course of the last decade, the discourse about Barcelona’s famed La Masia academy has changed hands multiple times. During the early 2010s, the brilliance of Lionel Messi, Andres Iniesta, Pedro, Xavi, Sergio Busquets, Gerard Pique, and others turned heads constantly, but when Barça failed to replicate their golden era, doubts were raised.

Now in crippling debt, however, the Blaugranas have been forced to revert to their academy again in the hopes of filling in their squad with suitable players. This has helped with the rise of Gavi, Nico Gonzalez, Ilaix Moriba in recent years.

Apart from these, there are a couple of forwards that have attracted attention, including two that particularly impressed fans yesterday against Espanyol — Ilias Akhomach and Ez Abde. Both were able to provide adequate width on the wing and showed courage that has been lacking at the club for a while.

Despite their impressive performance, however, Xavi cannot use them against Benfica on Tuesday night.

While Abde cannot be registered at all, given that he has been with Barcelona B for less than two years, Ilias’ misses out after picking up a red card against Dynamo Kyiv in the UEFA Youth League.

The suspension — lasting one game — carries on into the Champions League since it is an extension of the same tournament.

This could spell trouble for Barcelona and Xavi, who face a must-win game against Benfica. Without Ansu Fati, Sergio Aguero, Sergino Dest, and Ousmane Dembele, the forward line is sorrowly deprived, especially on the wings.

The Spaniard might be forced to play Gavi and Yusuf Demir on the wings with Memphis Depay. Luuk de Jong is also an option, but his involvement seems extremely unlikely.